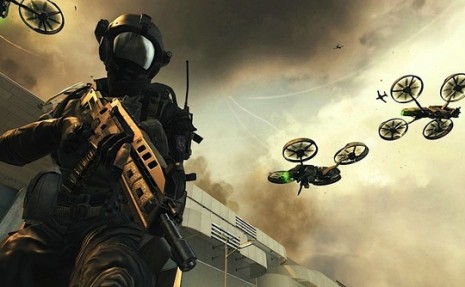 It’s that time of year again, and no I don’t mean the impending food and presents holidays of Thanksgiving and Christmas respectively.  Rather, it’s November, and a new Call of Duty has been released to rain down care packages and drone strikes on all the little boys and girls.

How many hundreds of millions will this latest installment rack up? I have a hunch this will be the first title in a while to actually NOT set a record in the franchise, as that day has to come one of these years, but we’ll have to see. Rather, I now begin the process of reviewing the game, a few days after purchase.

Again, like with Halo 4, a multiplayer FPS takes a little while to review, hence the journal installments. You can’t really play a dozen matches after beating the campaign and be in the best possible informational position to review it. As such, I’ll let it sink in a while and these will be my initial impressions.

The major focus of this first entry will be about the campaign, which I always beat before heading off to multiplayer. It can be a good way to sample guns and new gear, but really, it’s pretty far disconnected from multiplayer where you actually have to do stuff like you know, aim. 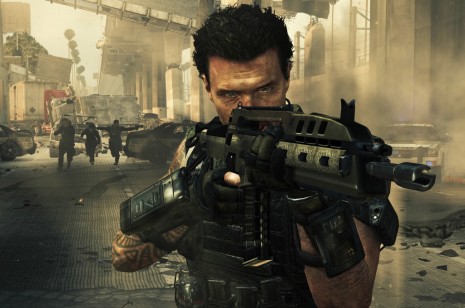 Black Ops 2 continues on in the same universe as the original game, and none of the Modern Warfare 1-3 World War III BS has happened here. Rather, we step into the shoes of David Mason, the son of double (triple?) agent Alex Mason, protagonist of the first game.

The year is 2025, and a charismatic terrorist named Raoul Menendez has rallied two billion people to his cause via a series of apparently very compelling YouTube videos. He talks a big game about the destruction of the superpowers for the good of the earth, but can he deliver?

Turns out yes, he can, and it’s your job to stop him. The game has you switching back and forth between missions as David Mason, in 2025, and Alex Mason, in flashbacks mostly taking place in the ’80s. Through old missions and cutscenes relayed by the now old and crippled Sgt. Woods, we learn how Raoul came to hate everyone so much, and what happened to Alex Mason.

There is a good story in here somewhere (even if the big twist is the main selling point in the trailers), unfortunately the game does everything humanly possible to bury that fact. The “new” aspect to this campaign is “choice,” that recent video game trope. It’s not necessarily a bad thing. Many games have choice elements to them from Mass Effect to Heavy Rain, but I’ve never seen a system as poorly implemented as this. 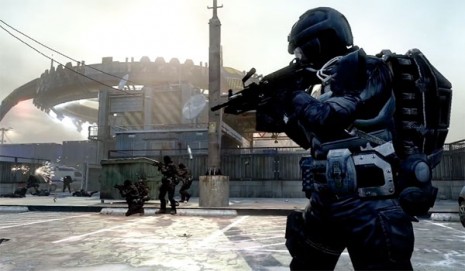 During each mission, you can do, or not do, something that will further the plot in some way. Sometimes, the choice is obvious. Shoot this guy, or don’t shoot this guy. Sometimes, you have no goddamn idea what you did to make this supposed  “choice.”

An incredibly linear level pushing you forward the whole time will say you “didn’t properly explore the compound” at the end which fails to yield you intelligence that comes into play later. A harrowing chase through carnage in a future Humvee will give you one quicktime event (dodge this flame!) that if you fail, will have ramifications on the plot. My favorite was that you were trying to chase down a guy who kidnapped a hacker you were trying to talk to. As tends to happen in missions like these, unfamiliar with the level layout and enemy resistance, I let them get away my first run through. But that’s your only run through. You don’t fail the mission, you just go to the next one having royally f**ked up the plot since you didn’t know how to best complete an objective on your first try.

Worse yet, the campaign introduces a new tower defense-ish minigame that I don’t remotely understand the purpose of. You set up defenses in a base, and have to protect certain objectives with a supply of robots, turrets and soldiers. You can take control of any of them, but as enemies stream in, you have to jump back and forth across three different points. It might be fun in a group, but by yourself? It’s a confusing nightmare.

I was relieved to find the rest of the missions of this type were optional. Except they’re not. Fail to do them, and they too will have future effects on the plot. Not giving a shit and not wanting to do that horrible mission type again, I skipped them all, and so my plot went from shitstorm to shit-hurricane. 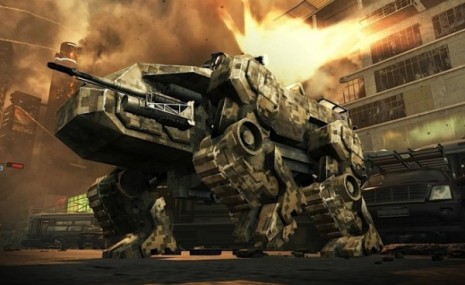 Still, in the end, it didn’t seem like I made out so bad. The bad guy died at my hand, and the world was all f**ked up, but that’s what always happens right? The problem with this “choice” system is that almost no one is ever going to want to play through the game again to figure out what the “correct” choices do or how much they really affect things. All that choice does here is take a plot that’s already muddled and make you doubt yourself the whole time as you screw up choices you didn’t even know you were supposed to be making.