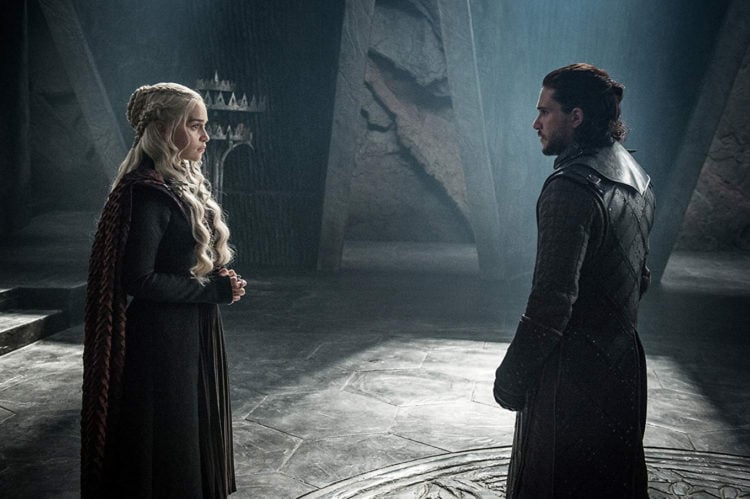 All of a sudden, we’re hurtling toward the end of Game Of Thrones. Following a full year off, the final season is set to premiere on HBO in April. The shortened season will reportedly contain multiple episodes that are essentially feature film-length, and fans will finally get answers to questions we’ve been asking for years. This is likely to be the most feverishly consumed final season of a television show in recent memory, if not all time. And with just a few months to go, it’s about time we ramp up the chatter and speculation.
In this piece, I want to take a look at what I consider to be the most interesting characters remaining in the show. With so many having been killed off over the years, a handful more seeming doomed, and George R.R. Martin having previously described the end of his story as a wasteland (perhaps implying not many will survive), there’s a lot of intrigue surrounding the remaining key players. The following would have my votes as the most interesting ones left though.

I’m putting Ned in the 10th position because he goes against the very premise of this piece. He’s not a character that’s “left” on Game Of Thrones, because (spoiler alert if you’ve been living in a cave for several years) he died in season one. However, there’s an awesome theory making the rounds that he may in fact be alive, in which case he’d instantly become the most fascinating character in recent television history. It may be a bit far-fetched, but it’s not like this show hasn’t surprised us before….

Theon Greyjoy may not be the most compelling character on screen, but he’s had one of the most winding arcs in the story, and he’s almost accidentally been one of the show’s least likely survivors (even if he’s more cockroach than anything else). Whether he finally meets his end, does something heroic to earn full redemption, or simply fizzles out, it’ll be interesting to see what the showrunners have for this most unfortunate of characters.

Many would probably have Dany higher on the list, and it’s true that she may be the closest thing to a central protagonist there is in Game Of Thrones, aside from (I would argue) Jon Snow. She’ll undoubtedly be central to how the show concludes, and I’m interested to see how. At the same time though, it feels like we almost spent too much time watching Dany make her way to Westeros to be particularly bothered with what she does there. It’s almost like she took too long, and what’s going on in Westeros is bigger than she is at this point.

Melisandre is probably the biggest wildcard in the show, in that she’s extraordinarily powerful, very influential, and largely forgotten. She simply drifted away to bide her time who-knows-where, but it’s a virtual certainty that she’ll be back, likely with a major role to play. Whether it’s directly through her magic, or perhaps by revealing the Prince that was Promised, Melisandre will factor into things.

Arya has had one of the show’s most fascinating and entertaining journeys, and at this point she seems about as dangerous as anyone left living in Westeros, including those with dragons. There’s an outside chance that she’s largely finished with killing now that she’s reunited with her sister, who’s clearly playing a more political role. It could be that the two simply reestablish Winterfell and let Jon Snow fight the wars to come. But this seems very unlikely compared to the other scenario, in which Arya continues her personal rampage through those who have wronged her and her family.

I mean, he’s the Night King. Maybe he’s the Voldemort of Game Of Thrones. Maybe he’s a symbol representing climate change. Maybe he’s just a brand new baddie. Maybe he’s even a good guy in a warped version of this story in which he’s seeking vengeance for centuries of man’s having wronged him. We really don’t know that much about him, but it’ll be great to see how he’s used in this final run of episodes, in which he’ll presumably be in more direct conflict with the realm of men.

At one point it seemed like Jaime Lannister was the Severus Snape at the core of this story. His allegiance and even morality is always ambiguous, and he can be so difficult to read one fun little article even suggested he’d be a great poker player. Jaime seems to have shown his hand, so to speak, however, and appears to have experienced a fairly complete ethical transformation. What that means in terms of his loyalties in battle is an open question, but Jaime has always been headed for one of the show’s more interesting endings.

Cersei seems more or less doomed, which of course is when she’s always been at her most dangerous. Not a whole lot more needs to be said. I’ll be surprised if she survives this final season, but she’s not going down without a fight.

Jon Snow, more even than Daenerys, is the show’s protagonist, and probably its most popular hero among the viewing public. He appears to be set up to be at the center of the fight between mankind and the White Walkers, and could be positioned to assume the Iron Throne if man triumphs. It’s still unclear if Game Of Thrones will embrace such a clear, classic heroic arc, but ever since the show streaked past Martin’s writing, it’s been more inclined toward crowd-pleasing. A triumphant Jon Snow would be just that.

Before the show went past the books, this all really felt like the story of Tyrion, at its heart. Martin is clear about his appreciation of those in less fortunate stations (“cripples, bastards, and broken things,” as they’ve been titled), and Tyrion above all others has felt like the living, breathing example of how a great mind can overcome other disadvantages. Martin makes no secret of adoring Tolkien, and this is not unlike how the latter elevated the Hobbits above all other beings in The Lord Of The Rings. Now, the showrunners have effectively relegated Tyrion to the part of supporting character, but if they end things the way Martin wants to, I have a distinct feeling that Tyrion will be the realm’s ultimate hero.