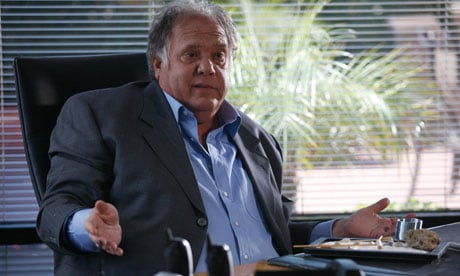 Here is yet another actor who unfortunately passed away that we never got a chance to put on this website.  His name is Maury Chaykin.   You surely will recognize him.  Maury always played a somewhat heavy set type of a guy who was either one of two things:  either really nice or really mean.   He had that kind of a face.

But Maury usually nailed all the roles he was in.  In particular I liked him as the bad guy in Twins (a pretty small part) and his role as a lawyer in Mystery Alaska.   He was a solid character actor and it’s too bad in 2010 he passed at only the age of 61.

Let’s check out a clip of Chaykin after the jump….

This is one of Chaykin’s final screen appearances.  It was on Entourage.