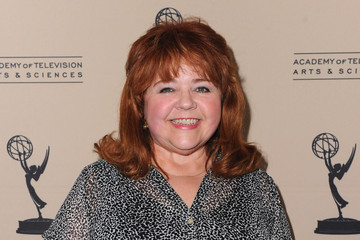 Just the other day I was watching a great episode of Seinfeld.  It was the one where George slips his old Boss, Rick Barr, a Micky.   In that episode he tells a woman he works with to move away from her chair and that if she doesn’t, he’s removing her wig.   Anyway, that woman is none other than Patrick Darbo.

And when you see her in that episode you realize that she’s been in a ton of stuff.   Darbo was a much heavier set woman earlier in her career and you’d recognize her as clear as day from her older movies.   Some you might remember her in are movies like In the Line of Fire and The Client.

Recently she played a landlady in Dexter (2010) and right now has 2 films in post production.  All told she’s got 75 titles to her name and has carved out a nice career.

A clip of Darbo after the jump….

Couldn’t find any movie clips.  Her voice is highly recognizable.

As a way to commemorate the first anniversary of NASA’s Curiosity rover landing in Mars, Mattel will roll out a version of Barbie in a spacesuit. Hearing about this reminded me of the days when…

Click on the photo for 6 retro features modern video games need The march of progress has trampled some flowers of fine living into the dirt of history. After the Stone Age, we forgot how…

For those of you who follow some of us at Unreality Mag, you may know that I’m an ardent supporter of all things Star Trek. This isn’t to say that I’m absolutely thrilled with the…

I noticed past debates haven’t always been ‘choose a side’ types of question and that there are open ended ones too. I recently asked this question to a friend who is a big gamer too….

If you can believe it, Clint Eastwood is over 80 years old but don’t tell him that.  It sure as hell isn’t going to stuff the quintessential tough guy from directing and acting in films.  …

I thought this was photoshopped at first, because surely if Sly Stallone, Charlie Sheen and Danny DeVito ever got together in the same place, the world would explode from too much insanity in one place….