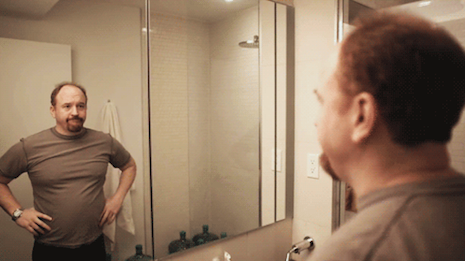 The third season of Louis C.K.’s Louie is in full swing right now. We’re about half-way in, so it’s a great time to look back at some of the most hilarious moments of the show. Each episode brings with it something new and completely embarrassing. It’s an intimate (and fictional) look at the life of one of America’s funniest men. I mean, what could be better?

For those of you who haven’t given Louie a chance, hopefully these clips will lure you in. The great thing about this series is that you can start watching it without having to start at the very beginning (though you eventually want to get there). This show doesn’t really follow a sitcom arc. It’s more like a series of vignettes intertwined with snippets of Louie’s stand-up. Anyway that’s my pitch. Here are some of the most hilarious scenes from Louie.

Hangover At The Coffee Shop

This is exactly what a hangover feels like. The best part of this is when he just throws all his money at the cashier. 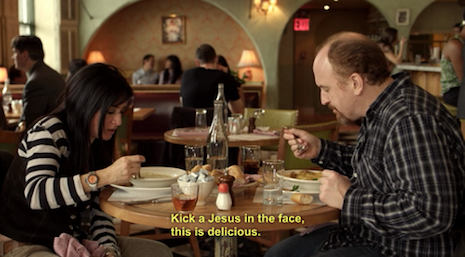 In this scene, Louie tries to impress Pamela by taking her to some nice French restaurant. She immediately pokes fun at him for taking her to a place he hadn’t been to, though he swears he had. She even starts second guessing the food. But once they start eating, they both realize that the food is amazing, and Louie delivers this awesome line: “I can’t wait to eat the shit from this food.” Pamela gives Louie a standing ovation for that witty remark.

Here, Louie gives his pot-smoking neighbor (Josh Hamilton) a visit. The whole thing turn into a smoke-out session and Louie starts tripping out over a dog. This scene is ridiculous, especially when Jeff the neighbor throws a television out the window (and it destroys a car). It’s so confusing and awesome!

One of the great things about this show is the awesome guest stars. From Ricky Gervais to Matthew Broderick to Melissa Leo. In this scene, Louie is playing a small role in Broderick’s remake of The Godfather. Louie can’t seem to get the character down. His scenes with Broderick grow more and more awkward until eventually the whole crew decides to move on.

Joan Rivers offers Louie some valuable advice about show biz in this scene. She’s hilarious. He’s depressed. Then they go to bed together. It’s perfect. 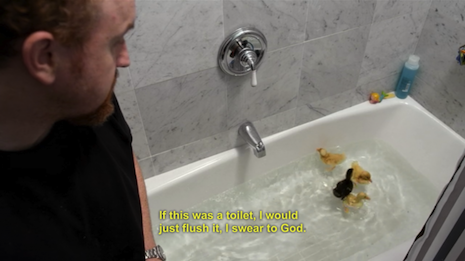 Louie’s interaction with the ducks reveals everything that’s wrong with him. He just hates anything that’s cute and fluffy and alive like those duckies. They probably remind him of everything he’s not.  This is more cute than funny, but just seeing Louie’s miserable face through it all is worth it.

Louis brings his real life squabble with comedian Dane Cook unto his show. He finally patched things up with Cook in this scene. It’s probably one of the most memorable moments in the whole series.

Ricky Gervais and Louie C.K. make a great combo. On a different note, it must be awful to have your own doctor tell you that your John Thomas is the worst thing he’s ever seen. 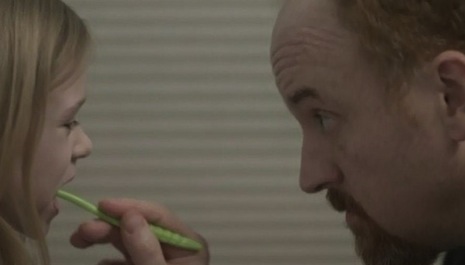 Alright, so it’s not very nice for Louie to flip off his kid behind her back. But it’s something that happens. Sometimes we just feel like punching our little ones (I have that issue with my nieces and nephews). They say mean things and don’t realize they’re hurting our feelings. Louie does what any human would do – react. Once his kid tells him she loves mom more, he continues to gently brush her teeth and then right when she turns around, bang! He gives her the bird. I wonder if my parents ever did that to me.

I have seen this scene over and over again. I just can’t get enough of it. Louie destroys this heckler by making her feel like the lowest of the low. Even when he was being serious and telling her why she’s a horrible human being, it was hilarious.