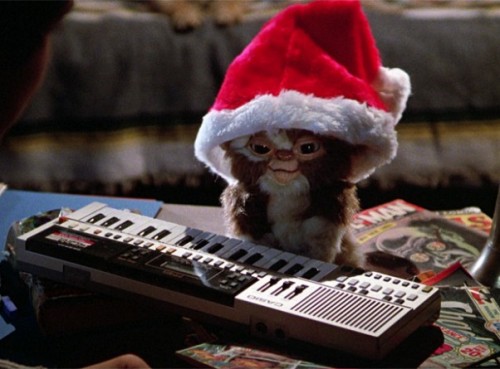 First week of December, I love Christmas. I love the energy of it. I love the Christmas specials. I love it all. But you hit me up the week before Christmas, my mood has changed entirely. That is where the unofficial Christmas movie comes in. You know all the official ones. Classics like A Christmas Story, Home Alone, and It’s A Wonderful Life. But what about the movies that seem to have Christmas as a theme, yet people don’t consider them Christmas movies? This list is all about THOSE films. Films that are still very much Christmas-centric, but are still not looked at with the main crop of Christmas movies every year. A few of these you may know and love, and few you may have missed. Consider this my Christmas gift to you. Sorry, would have gotten you something nicer but I’m still pretty broke.

Even the symbolism in this scene. Did you know Alan Rickman is deliberately made to look like a Christmas tree here? Look at his shape, and look at the “lights” all around him.

Honestly, for me, this is THE Christmas movie. It truly symbolizes all aspects of Christmas. An awkward work Christmas party that gets taken over by terrorists is all a metaphor for how our families rush in and take over on the holidays. Rushing around, telling us what to do, and driving us insane. The scene where John McClane walks on broken glass is the idea of the pain he has to go through to get through the holidays. Even Alan Rickman is supposed to represent the faceless corporations that want nothing more than money for Christmas, no matter what the cost is in lives.

I just made that all up. Halfway through, though, even I started believing it. I am pretty sure the only thing that makes this a Christmas movie is the fact that it takes place on Christmas. But man, looking way too deeply into it for a minute was a blast. 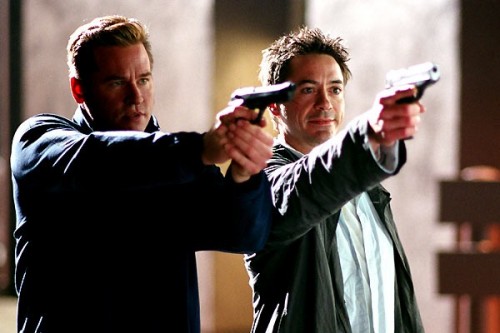 ” Merry Christmas. We got you bullets that we will now give to you by shooting them into your body.”

Okay, we need to take a moment to talk about Kiss Kiss Bang Bang director Shane Black. He likes Christmas. He likes it A LOT. So much so, in fact, that most of his movies seem to allude to it or focus on it. Kiss Kiss Bang Bang being the perfect example. A brilliant and under-rated crime noir comedy about a murder that seems to link up some unlikely fellows. It is a quick witted film, made all the better by stellar performances from its two leads, Robert Downey Jr and Val Kilmer. Christmas is a running theme in the movie.But Christmas runs through most of what Shane Black touches.

Two other Shane Black movies that also use Christmas as a plot point are The Last Boy Scout and Iron Man 3. Like I said, dude just loves Christmas. 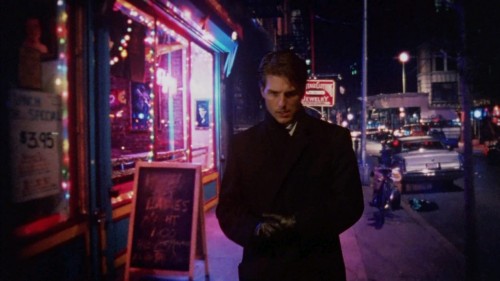 In between all the sex and cryptic symbolism, you’ll find Christmas.

I swear to you, it will take decades for us to decipher and understand this movie. A film about obsession, fidelity, and lust. In  other words, a film about relationships. Stanley Kubrick’s Eyes Wide Shut is a movie that stands by itself. A brave and beautiful final work by the genius, but a film that we can’t let ourselves forget takes place around Christmas.

Need I remind you of you the clothes-less, masked, Illuminati Christmas party scene? I bet you I don’t.

The thing is, this is Stanley Kubrick we are talking about. So we KNOW everything in this movie has a meaning, even if we don’t always get it. So everything from the red pool tables to the date of Christmas being involved all  means something. The thing is, what?

Give me another  ten years and 200 viewings and I’ll tell you. 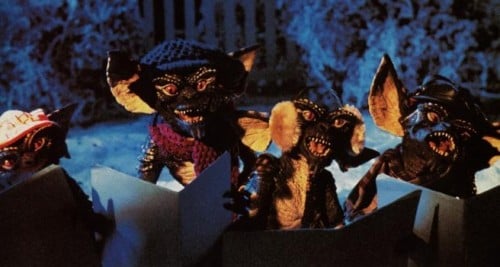 ” Hark the herald angels sing, glory to these creepy things.”

Confession time. I find a reason to write an article and bring up Gremlins before Christmas every year I have been at Unreality so far. Granted, that is only a couple years, but make note of it. It is a thing I do, and a thing I will continue to do.

Because as far as unofficial Christmas movies go, this is the best one. It really is. It also happens to be one of the best “creepy little creatures” movies ever made. We can all jokingly bring up Ghoulies, or the fun and mindless Critters, but we all know better. This movie also comes from a time before PG-13, so this was a movie a bunch of parents took their kids to around Christmas, not knowing it featured old people being tossed through windows and dogs being strung up by Christmas lights. Oh, and don’t even get me started on that “My dad was dressed and Santa and we didn’t know and he got stuck in the chimney and died trying to surprise us” story. That is so messed up. I am still not over that story.

God, I love you Spielberg. Between this and Poltergeist, you messed so many of us up. And I mean that in the best way possible.

Enemy of the State 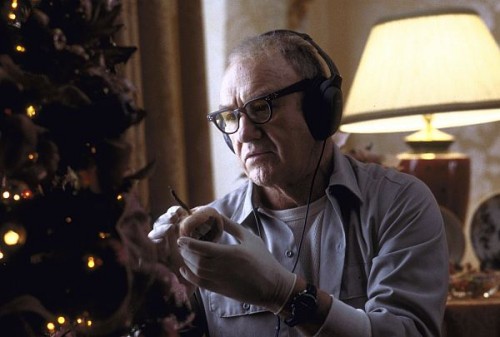 See, the tree proves it.

I will be honest. I am surprised this movie doesn’t get more love. I actually think it might be Will Smith’s best role outside of Six Degrees (screw all that shmalzty shit in Pursuit of Happyness and Seven Pounds). This movie about conspiracy theories just happens to unfold around Christmas. Also, it has Gene Hackman. Hack Man makes everything better.

I would say most people forget the Christmas aspect of this film, but for some reason, people seem to wholly forget this film. 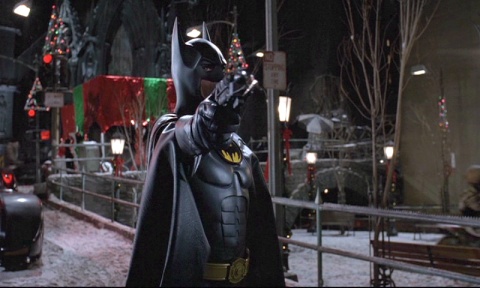 ” Mistletoe can be deadly if you eat it. A kiss can be even deadlier, if you mean it.”

To me, nothing says Christmas more than a man who dresses like a bat and beats people up because he saw his parents get killed in front if him as a child. Seriously, that is just like the story of the birth of Christ.

You see, in these films it is clear Batman represents Santa. Instead of bringing us all toys, he brings us peace of mind. It is quite brilliant actually. What really drives this idea home is….just kidding. I won’t do that to you again.

Merry Christmas, Unreality readers. Thanks for another awesome year.

Why let good records go to waste? Instead of filling up a landfill somewhere, these vinyls have been carved into pieces of art by Tamas Kanya. He’s a practitioner of “recycled art” using old stuff…

The internet is a magical place, which is proven by the fact I keep stumbling upon cool sites like this one. IWDRM (If We Don’t, Remember Me) is a Tumblr blog that fashions subtle movie…

(click to enlarge) Think we’re going just a little bit crazy with Guardians of the Galaxy here? Well, you very well may be right, but in my eyes it’s the best movie of the summer…

Winter is here, and there’s never been a better time to get out your old Star Wars toys. Who needs snowmen when you can stage the epic battle of Hoth right on your front lawn….

Welcome to This Week In Movie Trailers! It’s Friday, and almost April, so let’s all celebrate with some movie previews! So, what do we have? Holy moly! This is THE week of 2014 so far…