Silicon Valley aired this weekend, fulfilling all of my Martin Starr dreams.  The internet response to the show was varied, with some loving how accurately life in the Valley is portrayed and other claiming it’s another vapid show about unlikeable people.  A vapid show about unlikeable people you say?  That sounds to me like Girls.  And since these shows share a common group of haters, I thought I’d break down what both have to offer.

On the nose city details 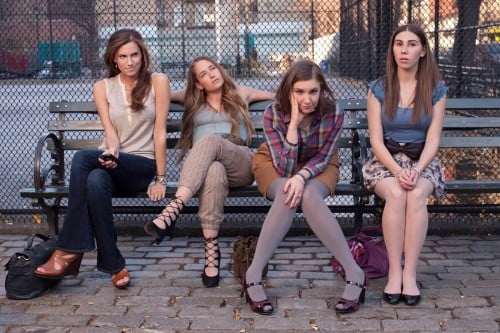 I like television shows that poke fun at a city.  Portlandia is my favorite version of this art.  I cannot see a decal of a bird without shouting “put a bird on that.”   In that vein, Girls loves to lampoon life in NYC.  The New York on Girls is a dirtier, less glamorous city than we saw on Friends.  Hannah and company actually live in small, shitty apartments.  No one is particularly rich.  Paying the bills seems to be a major concern. Your neighbors are recovering junkies who own turtles.  This is the New York I’m familiar with.

Similarly, Silicon Valley takes on the Bay Area in its first scene.  Kid Rock is on stage at what can best be described as an expensive nerd party and he’s never looked sadder.   He’s headlining a party at a Bay Area mansion and the crowd looks like it would rather be home playing video games.  Isn’t it the American dream to get rich quick on tech stocks only to realize that you’re the same introvert you’ve always been?

Television is obviously big on lifestyle fantasy with the abundance of “Real Housewives” shows and Entourage.  Girls and Silicon Valley hit the right note of showing us a peek into a world we don’t live in and giving us enough warning to not consider moving there.

Well the winner in terms of Martin Starr casting clearly goes to Silicon Valley.  Martin, who played the innocent naïve soul of a geek in Freaks and Geeks, went onto geek greatness in Party Down.  He wasn’t featured prominently in the Silicon Valley pilot but I hope to see more of him.  And while we’re at it, can’t you just see him walking around some Brooklyn restaurant with dirty hair and an old t-shirt?  Let’s just go ahead and cast him on Girls, please.

Once in a lifetime career opportunities (that I don’t buy)

Between Girls and Silicon Valley, I’m not sure which career plot line is more unbelievable.  But since I actually live in the writer’s world I’m going to go with Hannah’s on Girls.  Hannah spends several seasons moaning about how she’s the voice of a generation and that she can’t be tied down by responsibilities or expectations.  And yet when Hannah actually does get a full time writers gig at the GQ offices, she blows it.  That makes sense because talking about writing and actually sitting down to write are two very different things.  And typically the people who complain about not wanting to sell out are (a) already successful or (b) have never had a writing job.  But because there is no karma in the world of Girls, Hannah’s failure at GQ is rewarded with an acceptance into the prestigious Iowa Writer’s Workshop.  For those of you who aren’t familiar with Iowa, 17 of its graduates have won a Pulitzer Prize. 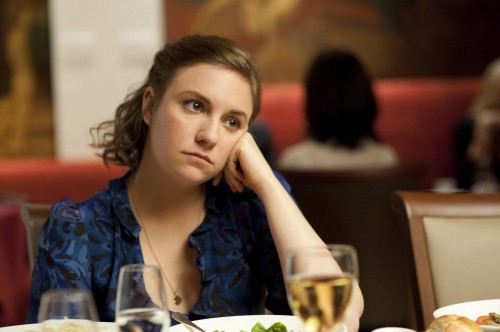 In contrast, I’m sure the odds of designing a boring app with a transformational feature are probably low in Silicon Valley.  But they somehow seem more attainable.  On the show, Richard creates Pied Piper at the incubator and doesn’t quite realize what kind of golden egg he’s sitting on.  The compression software in his app grabs the attention of Hooli founder Gavin Belson and venture capitalist Peter Gregory.  Richard must confront the daunting task of deciding if he should sell Pied Piper for $10 million or take $200,000 and 95% share to start a company.  These are the kind of deals people move to the Bay Area for.  I’ll allow, for the purposes of this tv show, to believe that this could really happen in Richard’s world.   And rather than take the money which would kill the entire concept of the show, Richard takes the far riskier more to start his own company.  Richard, when you’re thinking of tech writers let me give you a fair warning: do not under any circumstances hire Hannah from Girls.

Jenni Wright was born in the worst weather possible in Chicago and moved to Los Angeles for sunshine and wine. You can find Jenni's work at winewillfixit.com.

From artist Matt Reedy comes a series of “Golden Books” turning adult animes into kid-friendly picture books. Attack on Titan is my favorite (because it’s the only one I’ve seen), but there’s Fooly Cooly and…

I’m a geek tried and true. My wife just informed me as I was writing this that while I might be a geek, at least I’m a cool sexy one. (shout out to her for…

This is it, the final day I have to write about Game of Thrones before the new season actually airs. To celebrate, I went on an internet big game hunt to find the absolute best…

No, sadly this does not actually exist, so sorry to bust your bubble right off the bat. But with everything that’s ever existed getting its own version of Monopoly (I just saw Detroit Monopoly, seriously),…

httpv://www.youtube.com/watch?v=d1yMKaxNZBI I’m absolutely stunned about this.   I mean sure all I had to do what look in IMDB and I would see all of Levitt’s credits but I mean come on.  How often does one…