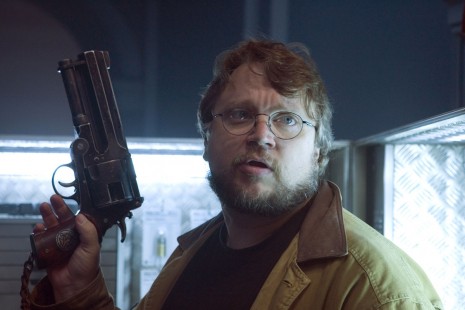 Nowadays, most of us know Guillermo del Toro as one of the great “I promise I’m going to make this movie” guys in Hollywood. His name has recently been attached to such potential classics as The Hobbit, Pinnochio,  and At the Mountains of Madness. But did you know that del Toro used to actually make movies?  Let’s just forget about Pacific Rim and a possible Pinocchio or Hellboy 3.  We’re talk about movies he’s actually made.

I’m gonna go ahead and rank them all before he finishes any more and a list like this becomes impractical. So, without further ado:

8. Don’t Be Afraid of the Dark 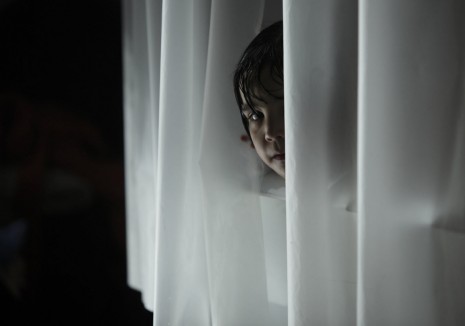 While del Toro didn’t direct this movie, he did write and produce it, and it’s easy to detect his influence over the finished product. I wish he had directed it, though. Don’t Be Afraid of the Dark is either a great movie handicapped by typical horror writing, or a bad movie with some truly great elements. The story centers around a young girl who discovers whispering… things in the walls of a house her dad and his girlfriend are renovating. These voices belong to some darkly mischievous entities, but they never really come across as threatening in the way that they should. Add in some standard-issue dumb decisions made by the main characters, and you have yourself a promising but thin little campfire tale. Del Toro has certainly done better, as we’re about to see… 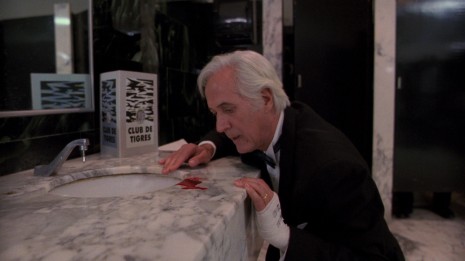 Del Toro’s first major movie, Cronos, certainly showed his ambition, but still suffers from a little bit of “director debut” syndrome. By that, I mean the movie feels a little sluggish, a little unsure of itself. Del Toro’s ideas are certainly potent: the movie features a mechanical device that, once affixed to the flesh, gives the host a craving for blood. Unfortunately, the horror aspects of the picture feel slightly muted, as if del Toro couldn’t quite find a way to sell the scarier side of things. Low production values and some merely-adequate acting might have contributed, as well. Nevertheless, the movie is certainly worthwhile. It plays out as a sad little fantasy with horror elements, and clearly sets a tone for the work del Toro would do in its wake. 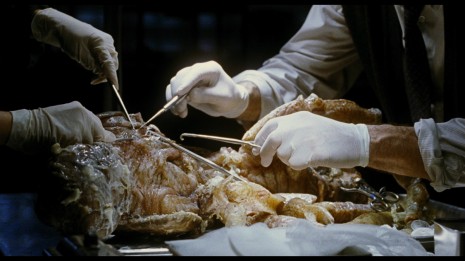 If you’re reading this over lunch, I’m sorry.

Mimic is a grab-bag movie. It certainly has its share of problems, some of which aren’t fully rectified by the Director’s Cut. Del Toro has stated a lot of problems with the movie and considers it a missed opportunity — basically, the studio cut the guts out of what he was trying to do.  Del Toro is on fire for a good 60% of the runtime, during which you have a potent combination of creepy sounds, unsettling imagery, and vicious bugs. Unfortunately, the ending devolves into a standard “run from the monsters” climax. The final product is a mixture of sublime atmosphere occasionally jarred by clunky cliches. Honestly, it’s a lot like what happened more recently with Splice. However, like Splice, Mimic is terrific when it’s hitting its mark, which is honestly more often than not. 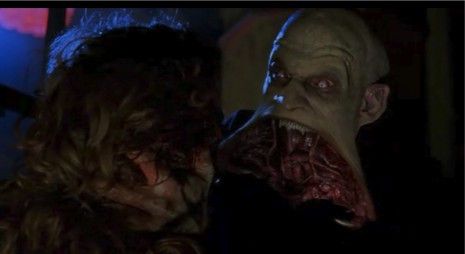 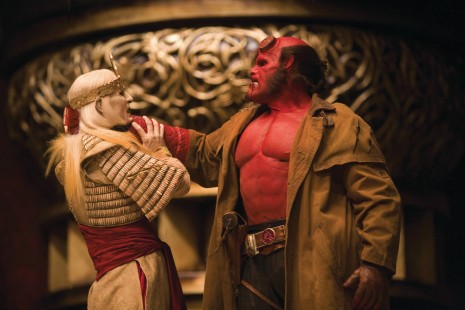 The first Hellboy was a labor of love for our favorite movie Mexican, and he never expected to get a shot at a sequel. Lo and behold, Hellboy II entered theaters four years later. Unfortunately, some of the better elements of the first Hellboy were MIA, chief among them Marco Beltrami’s score and a general air of sinister evil. Hellboy II is more del Toro than (comics creator) Mike Mignola, a dark fairy tale rather than a depiction of demonic evil. Other than the slightly disappointing tonal shift, though, it’s a helluva good time. Former sideshow Abe Sapien gets a much meatier role, the action is bigger, and the storyline hilariously — and touchingly — deals with the difficulties of romantic relationships. “I would give my life for her,” Hellboy says of Liz, “but she also wants me to do the dishes.” Hellish? Not really. Fun? Better believe it. 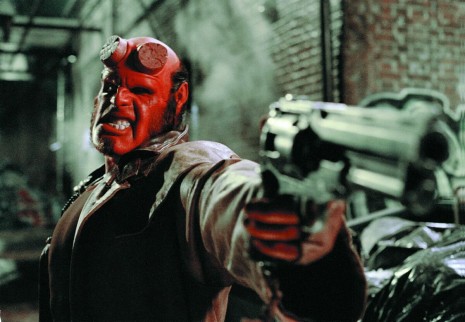 Hellboy might be the ultimate del Toro movie — or maybe it was just the first one I saw. As previously stated, Hellboy was a labor of love for longtime comics fan del Toro. Since he doubted it’d be a success, he threw everything he could think of into the movie. Fortunately for us, it succeeded, and in the process we got a movie chock full of del Toro hallmarks: Dark fantasy, weird creatures, Catholic imagery, Ron Perlman, things in jars, autopsies, Looney Tunes-inspired humor, and a beating heart underneath. Oh, and a self-mutilating Nazi zombie. 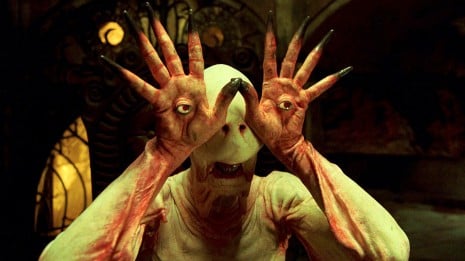 I shouldn’t have to talk too much about this one; it’s del Toro’s most well-regarded movie by a country mile. And justifiably so, as Pan’s Labyrinth feels like del Toro’s most fully realized vision to date. He displays an incredible ease with the subject matter, even though the story veers wildly between sadistic villains, brutal warfare, fanciful creatures, family ties, and childlike wonder. It’s bold to mix the level of beauty with the level of ugliness that this movie does, but del Toro pulls it off without a hitch. 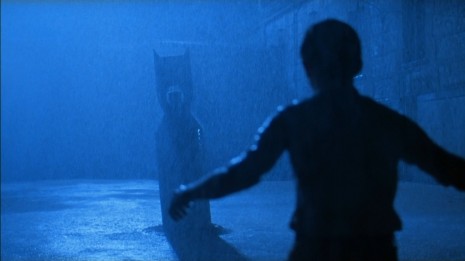 As good as Pan’s Labyrinth is, I still prefer this underrated gem. In a way, the movies are related; they’ve been referred to as the first two movies of an unofficial trilogy. Del Toro’s earlier tale of a haunted orphanage burns slower than Pan’s Labyrinth, but reaches higher in the end. Part of this may be due to the fact that Pan’s Labyrinth only has a single young character, while The Devil’s Backbone deals with a dynamic group of young boys (in addition to the older people who work at the orphanage). Maybe it’s just cooler. Whatever the reason, this movie stands atop the list of excellent projects del Toro has tackled so far.

Man, I really need this guy to make another movie fast.