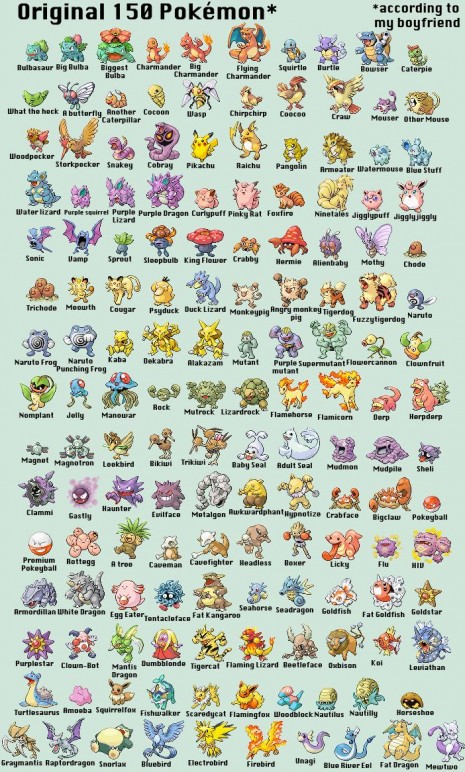 I believe this was originally from reddit, though it could have been taken from somewhere else. In any case, some girl asked her boyfriend to go through all the Pokemon and give them names off the top of his head. I might be able to name all of these on sight, but for the uninitiated? There can be some pretty entertaining guesses.

I particularly like “Flameicorn,” “Fuzzytigerdog,” and “Clown-bot.” He was able to name about 14 correctly, which isn’t terrible for someone who has clearly only glanced at the game before.

You know what Pokemon I completely forgot existed? Farfetch’d the un-evolving duck with a stick in its mouth and no  “e.” What the hell was his deal? Did anyone ever actually use him in the game? I suppose he could fly, but we all had Pidgey’s for that already.