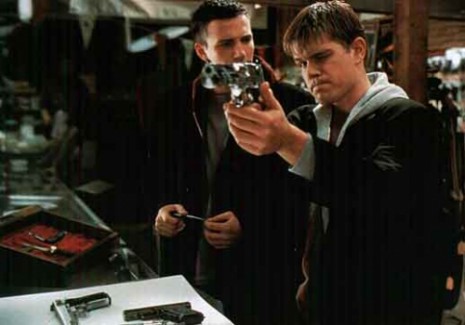 When there’s a showdown between Batman and the Joker, or when Simba stands up to Scar, or even when the police nab their suspect in whichever cop show you watch, you know who to root for. You know who the hero is, and you definitely know who the villain is.

But storytelling has a way of skewing perspective in such a way that we might not know who to root for. Viewers may find themselves confused and rooting for the villain or indecisive about which character they should root for. Or maybe they can’t find someone worth rooting for at all. Beware: There are spoilers below. 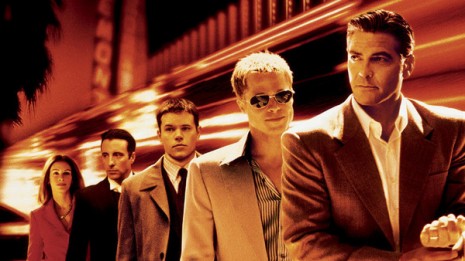 Superheroes make it easy. Usually the guy in the primary-colored suit is the good guy, and the other guy is bad. Simple, cut and dry. But the way a story is told can sometimes make the real bad guys seem good and the real good guys seem like douchebags.

My favorite example is Ocean’s Eleven. I’m thinking the 2001 remake with George Clooney, Brad Pitt, Matt Damon, and a dozen other A-listers, but the Rat Pack one works fine, too. Clooney plays Danny Ocean, a professional con artist fresh out of prison and ready for the heist of the decade. His target? Andy Garcia’s Terry Benedict, a hotel tycoon and owner of not one, not two, but three casinos. The man is worth millions, and he’s dating Ocean’s ex-wife, Tess. 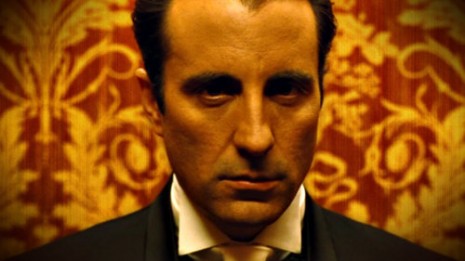 Ocean gathers a crew of eleven criminals to infiltrate Benedicts security and rob all three casinos in a single night. And if he has time, he’s going to try to win back his wife as well. The whole thing goes off with only a few very minor hitches, and the crew is $160 million richer. Plus Ocean gets his wife back.

We celebrate how beautifully executed the heist was. But we rarely stop to consider that Danny Ocean was actually in the wrong. Sure, Benedict loves his money more than Tess, but that’s not really a surprise to anyone but her. Other than being a cut-throat business man, Benedict hasn’t really done anything wrong. Ocean, on the other hand, stole more than $100 million. But I’ll be damned if I wasn’t pulling for them the entire time. 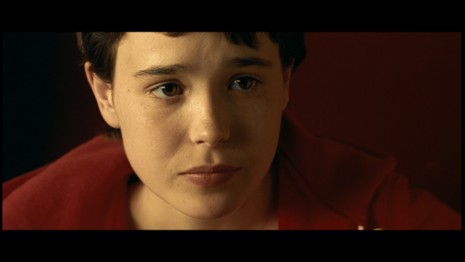 Sometimes it’s easier to spot the bad guy when you can figure out who’s good. But sometimes that’s really hard too. Especially when no one is wearing a cape or a crimson “S.”

I found many parts of Hard Candy difficult to watch. Ellen Page is Hayley Stark, a flirty 14-year-old girl who agrees to meet with a guy she met online: 32-year-old photographer Jeff Kohlver.

During their meeting, Hayley suggests they go to Jeff’s place, which they do. While they’re there, Hayley drugs Jeff. When he wakes up, she claims to have been tracking him and to know that he’s a pedophile.

Jeff, of course, denies this, and Hayley begins her search for evidence, which at first yields nothing. At this point, I assume most people are on Hayley’s side. I mean, grown men shouldn’t be meeting with teenage girls they met online. But I’m not entirely convinced that he’s a pedophile yet. Okay. He has pictures of young girls hanging all over his walls. But none of them are really inappropriate, and he is a photographer. Maybe I’m just naïve and trust people too much. He’s totally a pedophile. 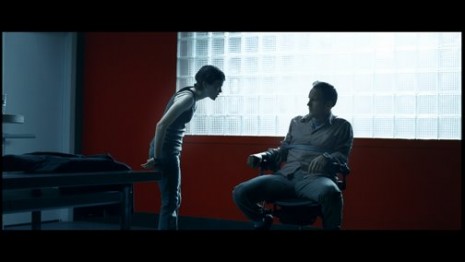 He wakes up, bound, and she proceeds to psychologically torture him with a fake castration and threatens to expose him to his ex-girlfriend. Hayley questions him about the death of a girl named Donna Mauer, but he denies knowing anything about it. There are a few more scuffles before Jeff finally admits to being involved in the Donna’s murder. He claims to have only photographed it, but that he would release the name of his accomplice is Hayley lets him go. But Hayley already knows that guy’s name. It’s Aaron, and he told her the exact same thing.

In the end, Jeff kills himself, and Hayley reveals all to his ex-girlfriend.

Right up to the point where he admits to having a part in Donna’s death, I have my doubts. I wonder about whether Hayley’s got the right guy, or if that even matters considering the kind of person he is. It’s not an easy thing to watch when you’re not sure whether or not he’s guilty.

Glen Miller received his B.F.A. in creative writing from the University of Evansville. His work has appeared in the 2011 issue of The Ohio River Review as well as on humor website Cracked.com and multi-media website Unrealitymag.com. He served as a co-editor of The Ohio River Review in 2012 and as a copyeditor for Crescent Magazine from 2011-2012.

He is currently a weekly contributor to Unrealitymag.com. When he isn’t slaving over a hot keyboard, he’s either making pizzas at Turoni’s or handling boxes at AmeriQual.

Glen currently lives in Evansville, IN, with his pet computer.

Did anyone else see Brendan Fraser in Sully?  I sure as hell did Alright kids.  Let’s have at it.  I saw it.  I saw Avatar.   I felt the hype.  I felt the amazement.  Hell I…

I’ve gone on record in saying I respect Lady Gaga as a singer.  After all the girl went to Tisch, could have gone to Juilliard, has a very good voice, and is a highly skilled…

I love Pokemon cosplay as much as the next guy, but we’re moving into unsettling territory here. Japanese site Milanoosells a series of skin tight bodysuits for…unknown purposes that encompass all manner of pop culture…

httpv://www.youtube.com/watch?v=dABo_DCIdpM I’ve seen a few of these different accent videos, but they always seem to fascinate me. This one is from a guy who isn’t even an actor, but very well could be as he…