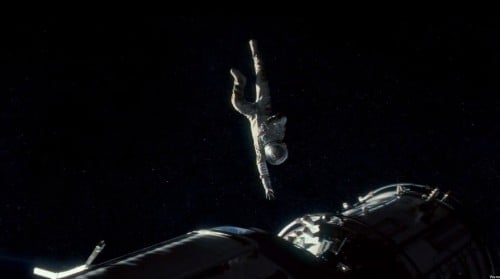 People care too much about long takes.

Okay, I’m getting ahead of myself. This thought got in my head a few weeks ago, when the trailer for Gravity dropped online. You can watch it here, but holy CRAP you guys. Wow.

Unfortunately, I kept seeing a key phrase pop up in the repostings of the trailer. “Long takes.” See, director Alfonso Cuaron is known for his impressive no-cut shots, like the ones in his recent masterpiece Children of Men. Apparently, there are going to be a couple of long takes in Gravity that are really something.

But I have to raise an eyebrow at the attention they’re getting, because it seems like a huge case of missing the point. 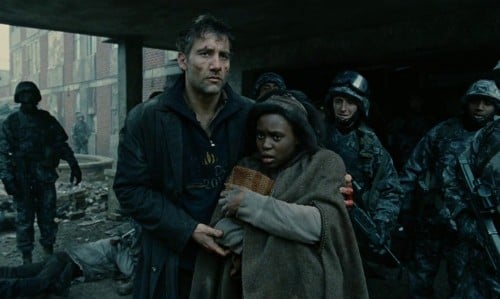 Let’s look at Children of Men. I still think that the number one thing I hear about that movie to this day is how impressive the two long-take scenes are. To jog your memory, those would be the 360-degree car attack scene, and the several-minute long climax in the war zone.

Both are remarkable pieces of filmmaking. And both are about something completely different than proving Alfonso Cuaron knows how to put a movie together. Because that would be a crappy movie!

I mean, I’m sure he and the crew worked their asses off to get those things in the camera. I’m sure they’re (rightfully) proud of the result. But I’m also sure that the highest priority in every frame of Children of Men is the story. The characters. The message. 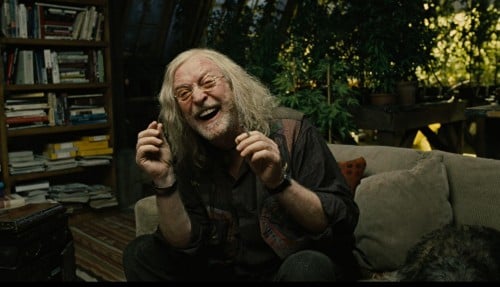 Essentially, a film isn’t intended to be disassembled. It’s pretty easy to disassemble one, because they’re made of about a billion moving pieces. Still, most filmmakers work hard to take this ridiculous amount of disparate elements and synthesize them into something cohesive. The film is its own entity.

It’s not a bad thing to be aware of this stuff. To stay with this other example, it’s amazing what you can learn from Poe’s individual word choices. It’s just even more amazing what he’s able to do with a string of them arranged in a poem. 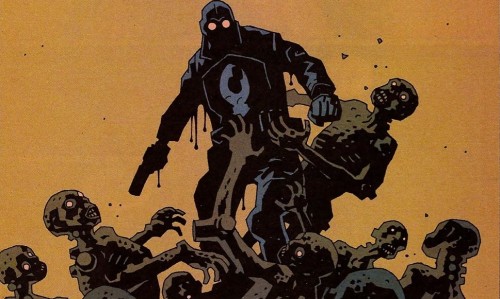 Likewise, Cuaron’s long takes are incredible, but more incredible still is the way that he uses the long take in the war zone sequence to highlight the simple power of a baby’s cry.

That’s the part we should really be talking about.

But part of the problem, at least for me, is that it’s very difficult to “unsee” filmmaking elements once you learn to recognize them. It’s sort of like the optical illusion where a picture of a vase can be completely destroyed when you realize it’s actually two faces.

Video production is my current (and most prominent) vocation. I’m not an expert on narrative film or anything, but I’d say I have a working knowledge of the world.

On top of that, I’m a bit of a behind-the-scenes junkie. If I come across a movie I really dig, or a project that involved writers/directors/actors I happen to like a lot, it’s not uncommon to find me digging through the special features of the Blu-Ray when I get it to my house. Having not attended a traditional film school, it’s the best way for me to get a sense of how this whole thing works.

Enough about my habits. The point is that I know just enough to be dangerous about the world of film. And for a while, it basically ruined every movie I saw (especially the ones that weren’t as seamless as they should have been). 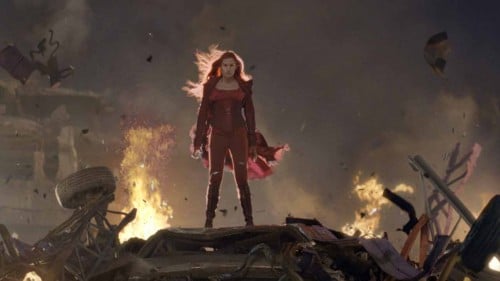 Getting too hung up on the inner workings also had a tendency to inspire armchair assessments of certain people who were working on it. What I mean is that I had a tendency to determine that a certain movie has a bad screenplay, or the editing sucks, or the direction is incompetent, when they may or may not actually know what goes on.

That is, until I got put in my place by screenwriter Terry Rossio. Rossio runs (ran?) a site called Wordplayer, where he posts articles on a variety of subjects aimed at prospective screenwriters.** He’s also been referred to as a “studio hack” more than once, because his name has been attached to some truly tragic movies. 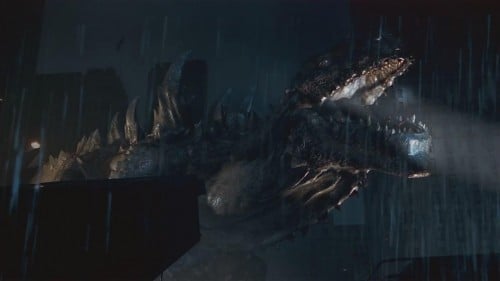 Exhibit A (I think; it’s been a while and these movies run together)

Thing is, a lot of the bad movies he — and his partner, Ted Elliott — found his name on had story problems introduced by other people in the creative process. So are the narrative problems in the second and third Pirates sequels the fault of the writers? Or the fault of an overzealous studio? Or something else entirely?

Trick question! Those movies are actually awesome! But you see the point I’m making, right? My certainty that this or that movie had a bad writer was totally wrong. I was taking what I saw, and trying to break it down into disparate pieces from my living room.

Still, I can hear you guys at home saying, “Wasn’t this an essay about long takes?” Well, it was, but then I started talking about screenwriting instead. It’s kind of a tangent. But to bring it back to the long take thing, the point is that the focus given to the inner machinations of media is in a weird place.

A lot of the time, we (myself included) look into the process enough to distract ourselves from the movie but not enough to come back out the other side, where we can truly appreciate the movie again.

We’re stuck praising Cuaron’s long takes, and forgetting the emotional power of a child in a world that has forgotten how to hope.

In the long run, which is more important?

I’m not saying that we should go back to the dark ages, where none of us understand how these wizards in Hollywood make the moving pictures. Knowledge, as they say, is power. But that power can be used for good, and it can be used for… uh, pointlessness. So let’s use it for good instead.

Oh, and there’s a nice side effect here. If the individual parts of a movie are taken as parts only, it’s a lot easier to appreciate those flawed-but-great ones. I couldn’t care less about the sometimes-klutzy dialogue in Cloud Atlas, because the sum total of that movie is something far greater than a hamfisted line. 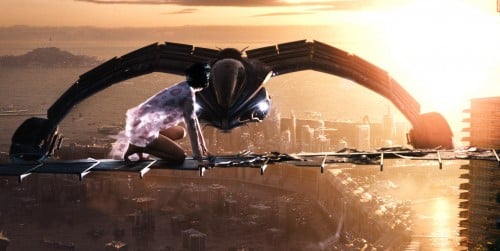 And when Gravity comes out, instead of focusing on the long takes themselves, take one more step further and see what the long take does for the movie.

Because, if Children of Men was any indication, it’ll be effin’ awesome.

*An all-time favorite, by the way.

I never have a forum to do it here, as it isn’t what this site is about, but I often like engaging in conversations about life, death and the afterlife with people, as I think…

3 out of 5 stars Chances are if you’re seeing the fourth Twilight movie, you’re either a very devoted fan or a very devoted boyfriend, or some combination of the two. These films are made… 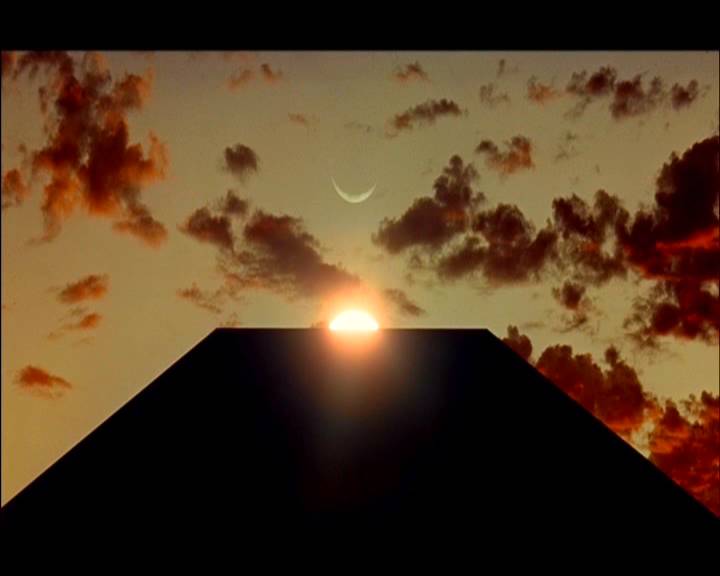 In my personal opinion, if Stanley Kubrick isn’t the greatest filmmaker to ever live (and I emphasize filmmaker, as he was heavily involved in the screenplay, score, lighting, and editing of all of his…

Before he was everyone’s favorite Bat-butler, Michael Caine was an extremely slick Englishman with a very hot wife (named Shakira, pictured here). This photo was taken in 1973 during the height of Caine’s badassery during…