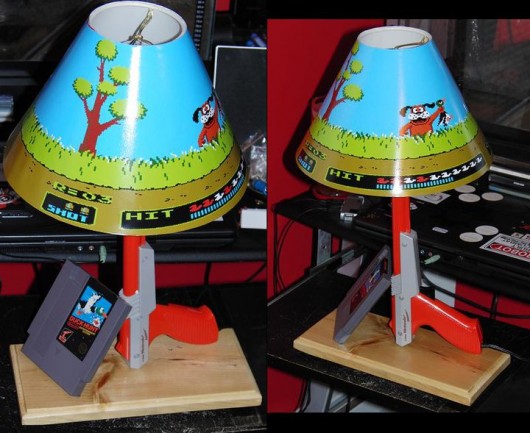 So I recently found this gem of a Duck Hunt NES themed lamp on Reddit the other day.   Now me being the old school gamer that I am simply look at this thing and think “perfection.”  I mean come on.  Apparently some guy actually made this lamp from scratch for a buddy of his.  But as you’ll see, some people on Reddit actually had the nerve to comment on improvements that could have been made.  I’ve taken the liberty of finding some of these comments for your own review.

1. Would be sweet if the trigger was the on/off switch.

2. Wishing people into in-animate objects is pretty much torture.

3. Base should have been an NES console

4. lets leave the wood,,,umm, wood looking?….kinda the natural unfinished look? shoulda painted it’ come’on man’ – still good though – 8 out of 10.

5. That looks awful. Enjoy having a tacky interior

Do you guys have any comments to make this thing better?

Photographer Edy Hardjo uses his imagination, his camera, and a little Photoshop magic to bring life to superhero action figures and create amazing images of a reality that unfortunately does not exist.  Still though, how… 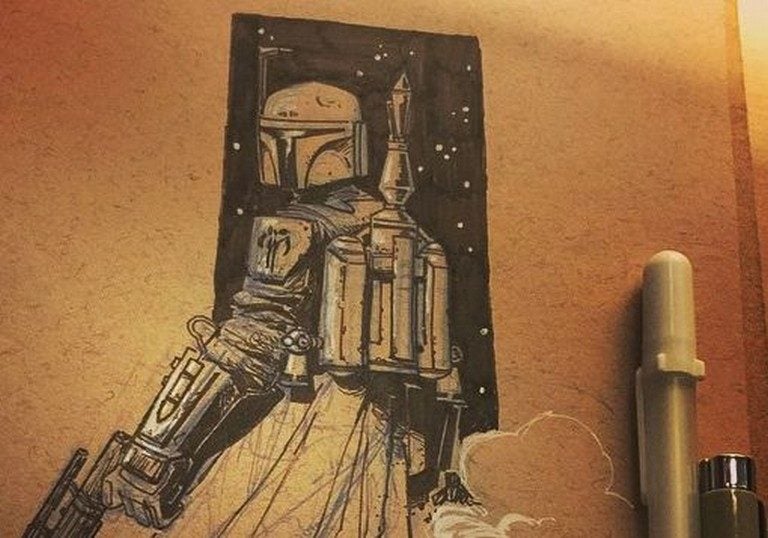 When you’ve worked for Disney as an animator for nearly two decades there’s a very good chance your work is pretty solid.  The work of Brian Kesinger is particularly solid.  I was browsing his Deviantart…

The art of sculpting metal is not an easy one.  But if done right you can create some pretty amazing pieces of work.  Just ask Bruce Gray, the guy who created this pseudo Johnny 5…

As I watched Tango and Cash for the 600th time yesterday I realized that the character “Owen” (who could have his own article) needed a mention on this site.  But not only that awesome character,…

OK, I get it.  This picture was kind of funny.  But has anyone noticed the utter surge of these “Warning: Erection in Progress” pictures over the last 72 hours?  100 Bucks says someone is creating…

It takes a lot of time and effort to bring crazy creatures to life on the big screen. This is how it’s done.