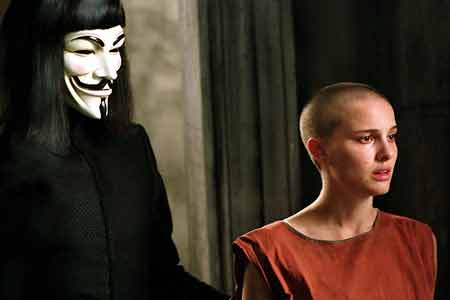 Incidental music, for me. plays a huge part in a films capacity to occupy my thoughts and imagination in the days, weeks, months and often years after having seen it. It is an ongoing irritation for me that the current crop of superhero movies are largely without big scores to carry the heroism and nobility of these characters into the realms of the abstract. The fashion these days tends towards the textural rather than the outright melodic.

However, there are many films that are not terribly good (and some that are outright awful) that I feel compelled to watch over and over again because the music in them is so evocative or unique. Before I do this, I’ll do the mandatory disclaimer of this being ‘just my opinion’ but most of these films are either known to have done badly or have gotten a fair slice of bad press. I will also be mainly talking about the theatrical releases of these movies. As to the quality of the music…well you decide

Yeah, start with an easy one. I went to go and see Dune recently at the BFI and I have to say that it is one of the few movies where watching it in the cinema DOESN’T improve it. Watch it at home with a beer (or whatever, you know?) and it is the stuff of cult heaven but in the cinema you can feel the disappointment felt by its original 1984 audience echoing through time. While the first half is quirky and intriguing, as big budget sci-fi goes, the latter half is a total disaster. But I love it! I love it for a number of reasons but not least because the score is moody, grand and littered with gently repeating motifs that characterise that universe far more efficiently than the majority of the script. That said – when the score and script are working together (as in the clip above) it’s gorgeous cinema.

This film, in my opinion, took an unfair amount of flak upon its release. A lot of critics gave it kicking for being too broad-strokes a vision of oppression while others slated it so they could cosy up to Alan Moore. I don’t care about any of that, I think it’s marvellous. I’m unashamed to admit that there are three scenes in this film that make me well-up every time I watch them. Of those three scenes, (‘V’s speech to the nation’ and ‘Valerie’s letter’ being the other two) ‘Evey Reborn’ has some of the scores best work in it. The breakdown is musically illustrated with high strings and distant, distorted guitars and then the insanity washes away to reveal ever escalating grandeur. Get’s me every time.

While I’m pretty certain that we’re of Monsters here at Unreality, there were those who gave the film a hard time for a variety of reasons ranging from disinteresting leads to insufficient action. It was enough of a success to generate a bigger budget sequel but then making a profit on Monsters was always going to be an easy punt given that it was made for less than $500,000. However, regardless of your feeling on the movie, the music stands alone as beautiful in its own right and I regularly listen to it while working. While being a modern electronic/ambient arrangement, it perfectly shifts gear into Spielbergian wonder with an ultra simple piano motif, warmed by synths.

Now some of you will already be crying out ‘but Jerry goldsmith did the music for Legend!?’ and they’d be right…up to a point. The original Eurpoean release (as well as later the later directors cut) did indeed have a score by the veteran composer. However, despite being from the UK, I had the American version taped off of the TV and it featured a score from Tangerine Dream, as well as songs from Anderson and Ferry. Now while the Goldsmith score is perfectly lovely and very fitting with the fairy-tale ambience of this somewhat muddled effort from Scott, the Tangerine Dream score imbues it with a mild psychedelia. Plus, when it comes to sword and sorcery, years of RPG video gaming has given me a preferential leaning towards the electronic as a compliment to those sort of ideas. What do you think?

Again I can maybe see myself getting in trouble over this one but I think it would be disingenuous of anyone to say that this film doesn’t have more than its fair share of problems. I have no problem with parallel narratives and obscure symbolism and all that sort of thing (I get the end of 2001) but The Fountain left me cold I have to say. However, I have a copy of the soundtrack by regular Aronofsky collaborator Clint Mansell and I’ve listened to it about once a month for the last 7 years. It is pure, unadulterated melancholy.

Now I’m definitely playing with fire but it’s fine because my Kryptonian skin is thickened by exposure to Earths yellow sun. I didn’t like Man of Steel. It certainly had its moments but, by and large, I felt like it was a deeply wasted opportunity and – what’s more – a truly squandered range of production values. I like everything about the look, framing and atmosphere of this film but the narrative wound me up a treat. I’ll probably do another article on here at some point about how I would have preferred to it to go (bitching about a comic book movie on the internet, that’ll show ‘em!) but for now I’d like to point out the one particular thing that the film did that actually made me go back and watch it a second time. I’ve never been Hans Zimmer’s biggest fan, his Batman work left me cold if I’m honest but this…I love this. On one level it’s pretty standard stuff as he borrows the time-honoured formula for heroic themes of jumping up to major fifths as a corner stone of the melody. However, the way this builds from piano (to symbolise Clark Kent), to distantly approaching percussion (suggesting gathering power), to deployment of brass (blowing the same progression as the piano) and then to cascading strings as a counter melody to take us home is awe-inspiring stuff. The version I’ve put up here is the aversion used in the trailer which, with this rising in the background, is WAY better than the movie.

What about you lot? Any other suggestions?

I am not a parent yet but I presume that someday I will be.   And while I may not actually have a child myself I have quite a few nieces and nephews that are very young.  …

httpv://www.youtube.com/watch?v=pKRKoZIjiFk Yeah, I know, two movie trailers in a week, but I featured The Raid because it was absolutely amazing. Today I’m posting The Double because it’s the exact opposite of that. There have been…

While I don’t think that scenery and extra props are entirely important to a movie, they can definitely make a movie a bit cooler.   And I’m not knocking aesthetics.  In fact, I’m praising them.  I’m…

From artist Robert Shane comes this imagined encounter between a young Darth Maul on his first mission for his new emperor. In a galaxy far away an alien infestation threatens to spread, and he must…

When attempting to cast the new Star Trek, JJ Abrams was tasked with finding actors who not only fit with the old ideas of the cast members personality-wise, but also physically to some capacity. Does…