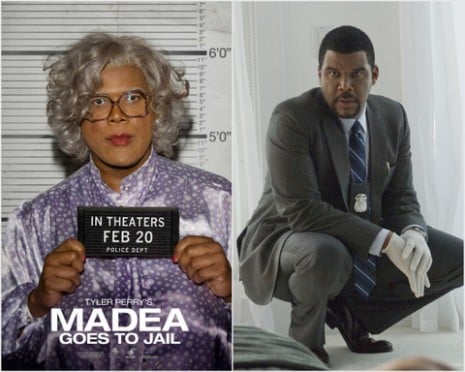 Tyler shut the door behind him as he entered his agent’s plush, cavernous office. Oversized movie posters adorned most of the room’s walls, trumpeting the success of his cinematic career. Tyler Perry’s Madea’s Family Reunion. Tyler Perry’s Meet the Browns.  Tyler Perry’s I Can Do Bad All by Myself. Classics all.

“Ah, Tyler,” intoned Jerry as he rose from his sprawling mahogany desk. “You made it.”

“Of course I made it,” Tyler sighed, politely exchanging a fist bump before flopping into a recliner made of imported dolphin hide. “You said this meeting could make or break the rest of my career.”

“And I wasn’t exaggerating,” Jerry replied, settling back into his chair. “Not one bit. I just got you the audition of a lifetime.”

“The what?” Fire danced in Tyler’s eyes as he jumped to his feet. “An audition?! Do you have any idea how many Black Reel awards are sitting above my mantle right now?”

“And do you know how many BET awards are sitting right next to them?”

“That’s right,” Tyler huffed. “And two of those are for comedy. Audition? I don’t need to audition for shit. How many writer/director/actor/producers do you know who can make the seamless transition from strong black man to strong black elderly woman, hmm? How many artists can make that work? There is an art to the fat suit, Jerry, and Tyler Perry perfected it. Tyler Perry doesn’t have to prove himself to anyone.”

“OK, Ty?” Jerry raised an eyebrow patiently. “You’re doing that thing again where you talk in third-person out loud. I blame the posters.” 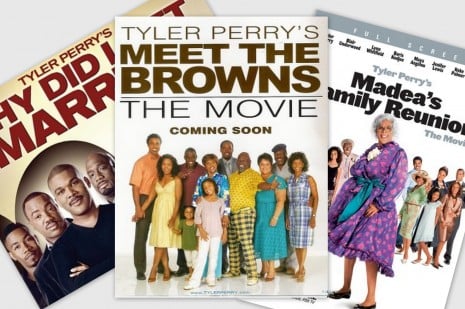 He made a swooping gesture that gracefully transitioned into a wagging finger. “And also, it’s not that kind of audition.”

“What do you mean?” Tyler leaned forward, assuming his signature ‘I’m-intrigued-go-on’ face.

“What I mean, good sir, is that I got you an audition to become the next Will Smith!” Jerry raised his arms like a triumphant Moses.

“The next—you mean for like a biopic or something? Because I just said—”

“Listen, there’s no biopic. Here’s the deal: Hollywood used to love Will Smith, right? Loved him. He has the ethnic-but-nonthreatening look going for him. Incredible bone structure. Charming smile. Positive role model. Witty. Funny. All that stuff. But above everything else, Smith used to be a movie star.

“So… Hollywood’s sick of him. Here’s a list of his upcoming projects: Hancock 2, Bad Boys 3, and I, Robot 2. Yawn, right? The man’s creatively dried up. Like a gorgeous prune. Producers want a new funny black family man with new ideas to put Will Smith back on the map. To get that hair whipping back and forth again, if you will. Tyler, I think you can be that Will Smith.”

“Not really. Your Madea films have evolved into one of the mostly bafflingly lucrative franchises in history, and movie producers want what you’ve got. They just want it in a Will Smith–shaped package. With the proper training program, I think we’ll be ready to move forward with plastic surgery by the 2013 Oscar season…”

A hush fell over the room as Tyler weighed his options. He had, after all, secretly idolized Will Smith for decades—ever since watching his first episode of Fresh Prince in 1990. To actually become the man, he had thought, was physically impossible. Yet thanks to capitalist greed and new advances in biomedicine, the option lay before him. There was just one thing.

“Does that mean I’d have to take care of his kids too? I’m not super into kids. Gross.”

“Oh,” Jerry dismissed the mini-Smiths with a flip of his wrist. “I’ve heard once those little prodigies have had their morning meds, they pretty much just take care of themselves. Well? Are you in?”

As Tyler’s eyes met Jerry’s, his gaze became resolute. “I don’t think I’ve ever been more prepared for anything in my entire life.”

“I was hoping you’d say that,” Jerry smiled. “Now, are you ready to hear Phase One?”

“Well, you’re too black, for starters. And too soft. When people hear the name ‘Tyler Perry,’ what do you think it reminds them of?”

“Maybe sometimes, but mostly they think of that fat black woman he insists on making feature-length films about. Does Will Smith look like a cross-dresser to you? Sorry, Ty, but if you’re in this, you’re going to need to leave Madea far, far behind. At least for now.”

A thin glaze of sadness fell over Tyler’s face, but he quickly brushed it away. 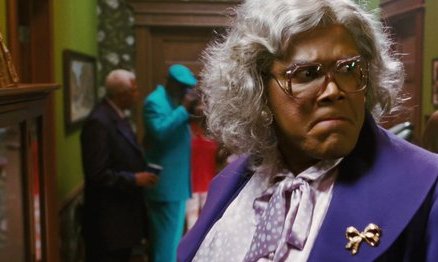 “Excellent! Now then, I’d say you’ve got the family values and blah-blah-blah down, but in order to prove you can take over Smith’s role in the Hollywood machine, we also have to prove you’re no stranger to the world of fanny-stomping.” Jerry emphatically plopped a script down onto his desk. “I’ve already got you lined up to star in a 2012 thriller where you’re a detective who… look, it really doesn’t matter. All you need to know is there are explosions, you get to punch Matthew Fox, and you’ll be surrounded by white actors for once. Think of it as a sort of racial osmosis.”

Tyler leaned forward to thumb through the script. “I, Alex Cross, huh? That does sound pretty Will Smithy. All right, Jerry. I trusted you to get me that sweet cameo on Star Trek, and I’m going to trust you on this one, too. I just have one condition.”

“I get to write all the taglines.” 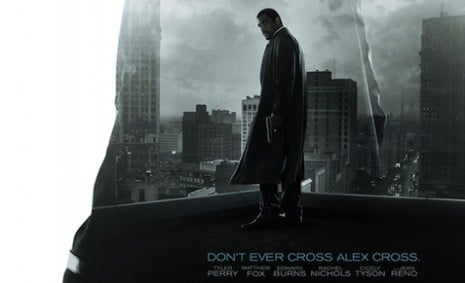