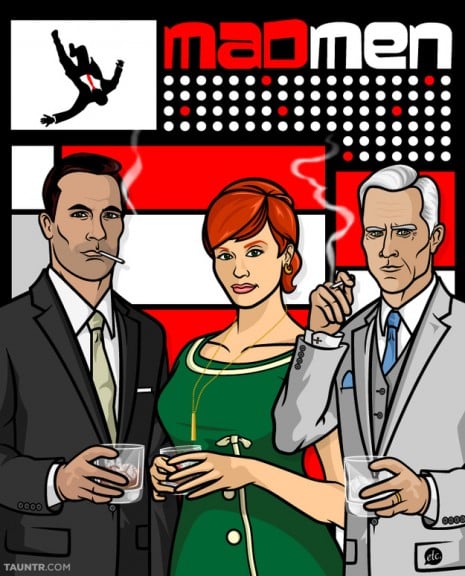 With Mad Men created in 2007, and Archer starting in 2009, I think it’s fair to say that one inspired the other. Archer took a look at the suit and tie world of Mad Men, watched a few Sean Connery James Bond movies, and realized they had a great concept for a show on their hands. And it turned out they were right (though I’m currently about a half season behind).

The folks at Tauntr wondered what it might look like if things were the other way around, and Mad Men was inspired by Archer instead. We get a rather cool animation showing Don Draper, Joan Holloway and Roger Sterling, and we can see that they translate to cartoon form quite well. Something about Joan’s eyes is weirding me out a bit though.

I vote they do one episode of animated Mad Men, and one of live action Archer.