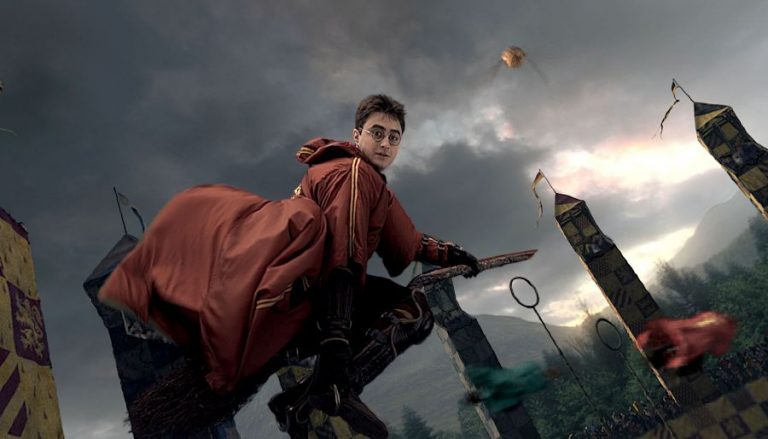 When we talk about entertainment, we might think of it as a minor part of our lives. The phrase suggests something that’s just an amusement or a distraction; a way of killing time between more important activities like work or family life. However, we quickly realize that the entertainment industry is dominating our lives to some degree, and that this isn’t necessarily a bad thing.

For instance, most of us have been watching TV and movies for as long as we can remember. Popular music, whether it’s heard on the radio, in public places or through other media, is the continual soundtrack to modern life. Many of us have also played video games since childhood, and continue to follow this passion as an adult. Then there are books, comics and so on. From the moment we’re old enough to think and to imagine, our minds are saturated with the products of the entertainment industry. They inform our attitudes to life, our opinions, our morality, and ultimately influence the decisions we make, the actions we take and the real-life world that we create for ourselves.

The best entertainment does more than just entertain. It educates, informs and inspires. Books, films and games with heroic narratives encourage us to be the best we can and to do the right thing, even if it means making huge sacrifices. So-called entertainment products can teach us about love and how to form relationships, and they can fire our imagination and make us realize the full range of what it’s possible to achieve.

This is particularly the case in the field of sport. The entertainment industry- and video gaming in particular- has often been criticized for discouraging children and even adults from getting out of the house. Stuck in their rooms playing on their consoles, they become withdrawn, antisocial and unhealthy- or at least that’s how the conventional complaint goes.

Actually though, there is plenty of evidence to support an opposing argument. Video gaming and other forms of popular entertainment have not only inspired a generation of athletes, but have given them the skills they need to become better performers and players.

For proof of this we need look no further than the National Football league. Today’s NFL players have an edge on previous generations not because of extra physical training, but because of the time they spent growing up playing on football video games like Madden NFL. John Madden Football first launched in 1989 and was the most complex and realistic football game on the market. Successive editions have refined the blueprint to the point where it is recognized by professional footballing bodies as an essential learning tool- a pro-level game simulator, tutorial and documentary all in one.

Retailers and designers of sports clothing have also looked to video gaming for inspiration. Players of games like Mad Max and Fallout can upgrade their clothing as they progress, gaining higher levels of protection. Similarly, new upgrades of compression clothing can be acquired, and these compression garments can boost sports performance in different ways.

Madden NFL gives kids thousands of hours of experience in addition to the limited time they can spend actually playing in the field, and is a much better place to learn about tactics and strategy. Pretty much every current NFL player grew up playing it, learning moves and jargon that previous generations would have had to pick up painstakingly from books and study once they were signed. Today’s players have that all figured out in high school, and as a result are joining the major leagues at a younger age with a thorough knowledge of defensive coverages and offensive formations, power plays and counter-plays.

This isn’t a phenomenon restricted to the NFL either. Other games like baseball and basketball have their equivalents, and top athletes even use the option to play themselves in these games to practice virtually. Motor racing is also increasingly looking to video game champions to find the real-life stars of the future. The Gran Turismo franchise inspired the creation of the Gran Turismo Academy, where gamers around the world can compete to become racecar drivers. In 2015 three graduates raced for Nissan at the 24-hour Le Mans event.

Racing games are the best way for aspiring drivers to hone their skills. Most of us can’t exactly practice real-life motor racing in our back yards as little kids, and homemade go-karts are increasingly adequate as motor racing becomes more sophisticated and high tech. The result is that the top drivers in the sport tend to come from extremely privileged backgrounds, while the most natural talented drivers may never even get the opportunity to develop their skills. Racing games are, however, a great leveler. They go one step further than other sports games by including a wheel, seat and pedals to replicate the physical experience of driving a race car as closely as possible, developing muscle memory, reflexes, endurance and concentration in an arena that’s open to anyone.

Moving away from gaming, JK Rowling’s Harry Potter books- and their hugely successful movie adaptations- have also inspired real-life sports. The fictional, impossible game of Quidditch, played by magicians in the books and films, is now a real sport played on college campuses across America. Players hold broomsticks between their legs, even if they can’t actually fly on them, and chase a Snitch- not a magical flying ball with wings but a man with a tennis ball in a yellow sock tucked into the back of his pants.

“Muggle Quidditch” started in Vermont in 2005. As in the books, points are scored for getting a volleyball or “quaffle” through one of three circular goals at each end of the field. Although initially disdained as an exercise in geeky fandom, Quidditch is now a serious and highly competitive sport, with its own full-time governing body. The game requires high levels of athleticism and there are calls for professional leagues to be established.

Sports and entertainment have a mutually beneficial relationship. High-level sporting events are fully part of the entertainment industry, and the industry gives back to the game by inspiring the athletes of tomorrow. Long may this beautiful partnership continue.

Just in case you were wondering.

Hey folks this amazing piece comes to us from freelancer Abraao Araujo who hails from Sau Paulo.  This was an entry he made into the Comicon Challenge of 2015.  Obviously you see a meshed version…

As the Redditor poster who published this picture says:  “This is just beautiful.”

I’ve always thought of Anthony Heald as a poor man’s Nick Nolte.  Or at least he looks like he’d be Nick Nolte’s brother don’t you think?  Heald is always cast as a guy who is…

There are a ton of innovative people out there in the field of technology.  It’s just a shame we’ll never really get to see their work.  It could be something as little as a piece…