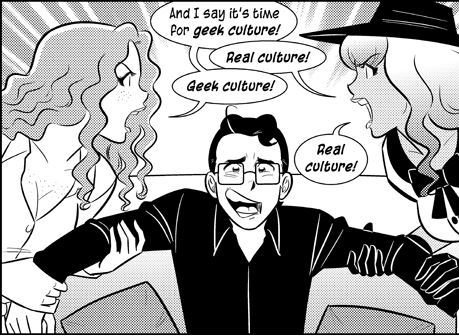 You know we love our geek culture here. We wear it on our sleeves and everywhere else. Video games and cartoons and comic books full of sci-fi, fantasy, and all of the stuff that the jocks and yuppies just don’t get; yesiree, that’s where we want to be. And those opposed? Yeah, they think we’re a bunch of man/womanchildren that still live with our parents and can only interact with the opposite sex in two dimensional terms. But that’s cool because at least we aren’t a bunch of superficial plastic celebrity-worshipping jerks with pretensions of sophistication. Sure both sets of stereotypes are somewhat true and often false, but [Morpheus voice] what if I told you that the divide between regular culture and nerd culture was practically negligible when taken in perspective?

That’s right; I said it. Most mundanes are pretty damn nerdy when you get down to it. I’m not even talking about the impending absorption of everything we love into the larger mainstream consumerist collective symbolically represented by Marvel Comics and Lucasfilm being bought out by Disney. I’m saying that regular beer-drinking, sports-loving jocks and wannabe socialites are just as nerdy in their own way, but that their brand of dorkiness is somehow deemed more socially acceptable due to its long-standing prevalence.

The word culture is more or less defined as collective achievements of creativity representing uniquely human experiences as a society. Seeing that humanity is represented by large numbers of differential factions -even in the smallest of communities- that makes the scope of the concept almost infinite. So how on earth does one define “real” culture or even attempt to place value on something so subjective? Well, one thing that is definitive in all human cultures: we all love to argue.

So fantasy; historically a genre for dorks, virgins, neckbeards, and general losers who are too lame to cope with real life so they wrap themselves up in childish fairy tales about audience surrogate heroes in fantastic worlds full of magic and robots and silly stuff like that. No self-respecting adult would ever consider such tripe worthwhile entertainment, much less any sort of classic. I mean, talking animals? Can it get any more childish? 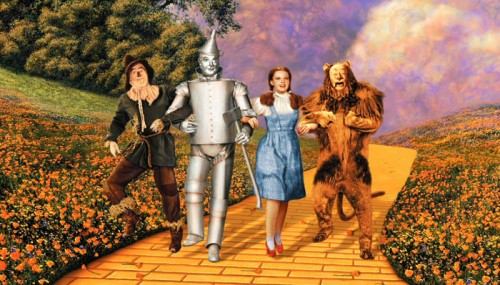 Well, yeah, maybe if they linked arms and sang together while skipping…

Oh wait. There’s that whole “universally beloved and acknowledged as a masterpiece and cultural touchstone” thing. But surely The Wizard of Oz can’t be compared to nerd bait like Lord of the Rings. It had Judy Garland! Or maybe the setting for a story doesn’t matter as much as people think it does and our own prejudices are the only thing holding us back from a good time.

Is going to see the latest epic adaptation of Tolkien’s work that much nerdier than going to see The Lion King on Broadway or A Midsummer Night’s Dream at Shakespeare in the Park? One is seen by some as high culture and art while the other is disregarded as pop trash for children. Good entertainment is fun, and everybody likes fun. Most of us can all agree on that; except when we don’t.

Take those freaks who like to dress up in costumes. Please. I mean, how big of a loser do you have to be to go to a Star Wars movie dressed up like a character from the series? It just ain’t normal. I mean who does that? 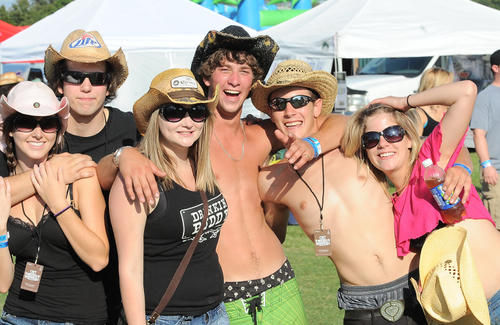 Fresh from a hard day on the ranch bustin’ broncos and rustlin’ cattle, I’m sure.

So just to get this straight: it’s perfectly acceptable to dress up like cowboys (or something) when going to see a fake country concert and wear professional athlete jerseys when watching grown men play games involving inflatable balls for obscene amounts of money, but dressing up similarly to see a film or attend a convention? That’s for social outcasts. Good to know.

So my wife likes to watch boring shows about families, relationships, tearful betrayals, secrets and lies, and all that lameness. But not me; I like to watch Arrow. You won’t catch me getting all caught up in some teary-eyed drama about familial bonds and love triangles and…I am watching a soap opera that happens to feature a guy in a costume who shoots people with a bow and arrow aren’t I? Well shit.

Comic books have long been considered the domain of children but have now graduated to “manchild” status, so some headway has been made. Mainstream society unreservedly accepts the value of art and of literature, but somehow draws the line at the combination of the two. But movies made from them are all right.  Why does the society who made Fifty Shades of Grey a cultural phenomenon opposed to granting similar status to a medium that regularly features high quality artwork coupled with allegorically sophisticated storytelling techniques that often can’t be reproduced in other mediums? Judging by the cover of any given romance novel, I’d say it’s got precious little to do with the objectification that some complain of. I suppose some cultural prejudices simply defy any amount of rationalization. 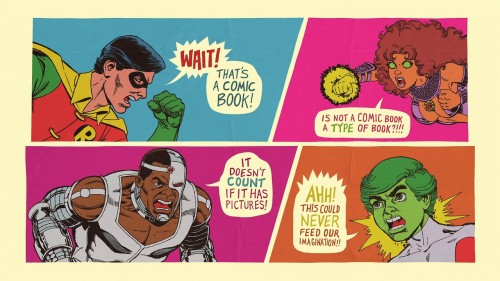 Oscar winner Black Swan was inspired by an anime, but considered high art by massive numbers of pretentious film critics because it has ballet in it. Dracula: Pages From a Virgin’s Diary: a pure ballet film ignored altogether because it involves vampires and is a silent film. In other words, it is both too high concept and too low concept at the same time to warrant attention. Ironically, a lot of the people who like to think of themselves as cultured are also the ones who run screaming from “movies that make you read”.

So nerds are often drawn foreign language features (which represent exposure to culture in the most literal form), but high society can’t comprehend Crouching Tiger, Hidden Dragon beyond it having flying people in it. Sure, it can get a nod as a “foreign language” film, but can’t be included in the same league with the “real” (read: Eurocentric) films. Yet the choreography and wirework in that film rivals any ballet you are likely to come across in its beauty and expressiveness. Go figure.

And is playing World of Warcraft and investing all that time into building up your characters and playing with friends online significantly lamer than fantasy sports leagues? They’re both paying to play with a bunch of statistics to brag about? But at least with video games, you aren’t relying on someone else to do the playing for you. And I think it’s safe to say that online geek culture has developed some behavior that often resembles that of high school bullies. 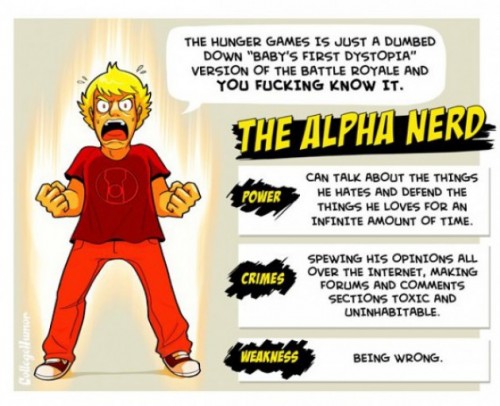 To be honest, this behavior is not in any way exclusive to nerds or bullies. It’s pretty ubiquitous.

I think the determining factor in these conflicts boils down to the same thing it always does: personal preference. We like to think of the stuff we enjoy as superior to what everyone else likes but- regardless of taste or preference- art and culture are nothing more than the style in which we like to present ourselves. You can’t really label any one variation as “real” since it implies that anything (and anyone) else is somehow less authentic.

No matter what costume you choose to parade around in at whatever gathering of people with similar interests and/or backgrounds, it’s all just the same thing with different window dressing. We all love ridiculous drama and stuff that looks nice and our own little sets of celebs and games, and it’s all just divergent versions of the same basic human behaviors. These are the ways we choose to communicate our feelings and identities to one another, and what we typically communicate is that by-and-large we’re all a bunch of weirdos.

Now that it’s been established that our inter-cultural arguments regarding the allegorical pronunciation of “potato” are all just a big waste of our time, we can focus on further compartmentalizing and labeling each little sub-clique until every single one of us is considered a culture unto ourselves and we can attain peace on Earth. Or possibly Armageddon. 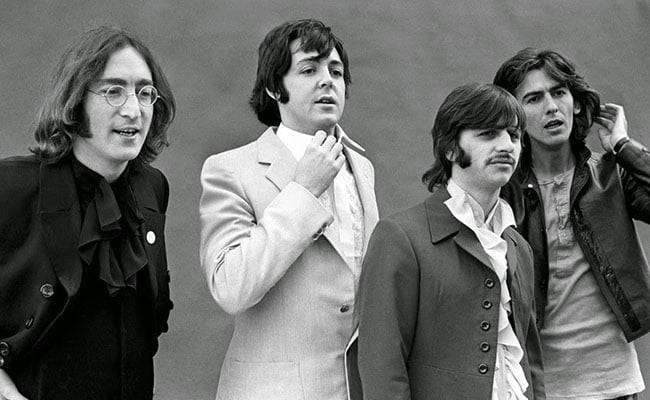 We don’t do much music here on Unreality.  If it pertains to movies then we certainly give it a whirl.  For example movie score guys was a fun little bit.   And in the world of… 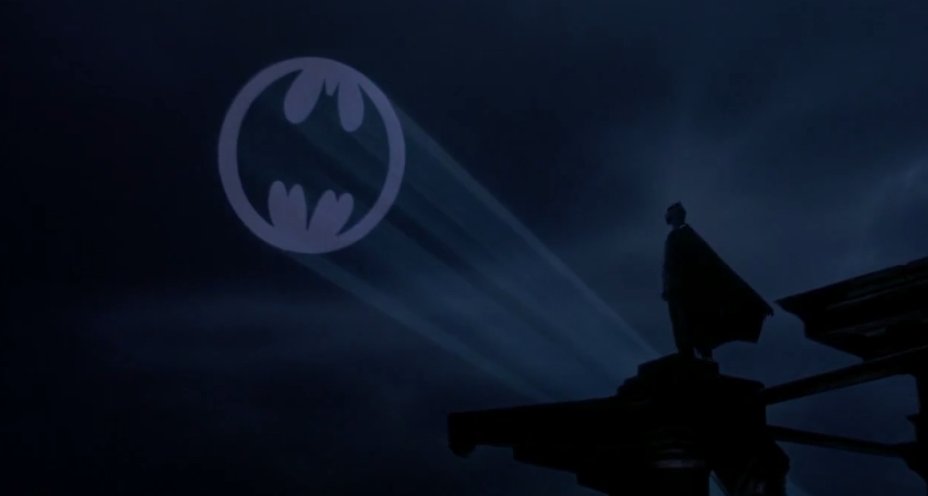 It’s hard to believe that Batman in film began in 1940s serials but it’s the truth. It’s been a very long and windy road for the Dark Knight. He’s had his ups and downs but… 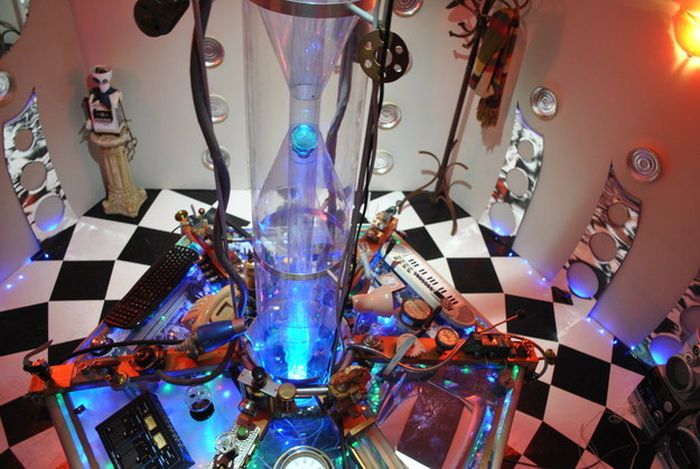 Let’s just say this dude is destined to reach Time Lord status any day now after he built this incredible replica of a TARDIS inside of his house. Wow.

Not enough credit goes to film editors. These are the folks who are responsible for polishing turds into Academy Award winning films. They allow us to keep our disbelief suspended by making sure none of…