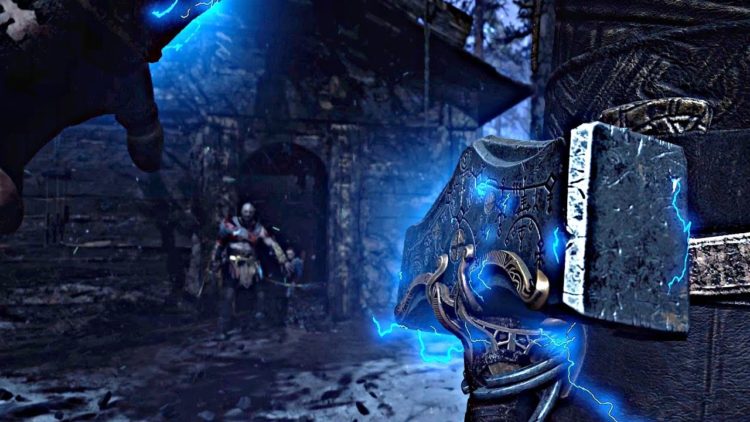 It is interesting to note that God of War has a secret ending. Said ending changes nothing about what happens to the characters. Instead, it provides interested individuals with a look at what they can expect from the future of the rebooted franchise.

How Do You Unlock the Secret Ending in God of War?

In short, once players have beaten the game, they can return to Kratos’s home where they will have the option to sleep in their bed. This will produce one last cutscene in which Kratos and Atreus will be waken by a thunderstorm happening outside of their home. Upon stepping outside, Kratos sees a hooded man who pulls back part of their cloak to reveal a hammer at his left hip, thus making it very clear that he is Thor. There are a lot of things that one could read into the secret ending:

This Happens Some Time Into the Future

The secret ending happens some time into the future. This is because Baldur’s death was the start of Fimbulwinter while the context suggests that Kratos and Atreus encounter Thor towards the end of Fimbulwinter. For those who are unfamiliar, Fimbulwinter is one of the main events that lead up to Ragnarok. It consists of three successive winters without a single summer season between them, which is why very few humans are expected to survive the ensuing conflict between them. It is unknown whether the version presented in the rebooted franchise will have the same length, but it seems safe to say that it will have a very similar effect, thus putting a limit on how short it can be.

It Seems Safe to Say that Thor Is Out For Vengeance

It is possible that the people behind the rebooted franchise will surprise people by putting in something besides the epic battle that has been foreshadowed in such a clear manner in the secret ending. However, it seems safe to say that Thor is out for vengeance. In fact, it should be mentioned that the Norse treated justice as a very personal matter rather than a very impersonal matter. In other words, there was no justice system that could handle such matters. Instead, when a person was wronged, they possessed the right to inflict a wrong of reciprocal nature upon the perpetrator. Once that wrong has been inflicted, the person or the people on the receiving end possess the same right, thus creating the conditions for a blood feud. Unsurprisingly, such conflicts were very disruptive in nature, which is why Norse societies allowed wrongs to be washed away by both sides agreeing to the wrongdoer paying a price that was considered equal to the value of the wrong that had been done.

Under such circumstances, the Norse didn’t operate as individuals but rather as kin groups. After all, a single person has very poor chances of seeking redress from an entire kin group, meaning that a wronged party in Norse society would have been very reliant on the backing of their own kin group for that wrong to be resolved in a satisfactory manner. As such, whenever a member of a kin group was wronged, that entire kin group was incentivized to respond because that would prove their reliability rather than show their vulnerability. In more practical terms, this meant that Thor and the rest of the Norse pantheon are obligated to seek vengeance for the deaths of Baldur, Magni, and Modi whatever their personal feelings on the matter might be.

Atreus’s Names Are Rather Ominous

Atreus’s names are pretty ominous to say the least. First, while Atreus isn’t as well-known as his other name, Atreus’s namesake was a notable figure in Greek mythology in his own right. In short, Atreus was one of the sons of Pelops and Hippodamia, who was exiled along with his twin brother Thyestes for murdering their half-brother Chrysippus. For lack of a better word, Atreus’s bloodline was a cursed one. His grandfather Tantalus fed his own son Pelops to the gods as a test of their omniscience, for which he was punished by being forever denied both food and water in Tartarus. His father Pelops was resurrected by the gods before going on to marry his mother’s Hippodamia by winning a chariot race against her father Oenomaus, but for various reasons, he winded up killing Oenomaus’s servant Myrtilus who had sabotaged Oenomaus’s chariot before being cursed by him in turn. In Atreus’s own case, it didn’t end with his half-brother Chrysippus.

Instead, he went on to feed his brother Thyestes’s children to him because the two had fallen out over the rule of Mycenae as well as Atreus’s wife Aerope’s affair with one another. In retaliation, Thyestes sired a child who was prophesied to kill Atreus on his own daughter Pelopia, who abandoned the resulting son Aegisthus with the result that he was raised unknowingly by Atreus. As for Atreus’s own sons Agamemnon and Menelaus, they were very important figures in the Trojan War, with Menelaus being the lucky one in that he “just” had to undergo ten years of constant war because his wife Helen was taken away either willingly or unwillingly by the Trojan prince Paris. Something that perhaps unsurprisingly, had a rather negative effect on their relationship even following their successful reunion. Meanwhile, Agamemnon sacrificed his daughter Iphigenia for the winds needed to reach Troy, which prompted his wife Clytemnestra to murder him upon his return from the conflict. This prompted Agamemnon’s son Orestes to kill his own mother upon the urging of the gods, thus resulting in him being hounded by the Furies for his grievous crime. Summed up, there is a reason that Atreus’s bloodline has been called cursed, which doesn’t exactly bode very well for the character named after him.

As for Atreus’s other name Loki, suffice to say that the Loki of Norse mythology was the one who brought about Ragnarok by killing Baldur. He was imprisoned using the entrails of his own sons for his crime, but he was freed to fight in Ragnarok. There, Loki is supposed to kill Heimdall before being killed in turn, thus becoming one of that battle’s many casualties.

Fate Has Been Broken

On a final note, it should be mentioned that the prophesied chain of events has been derailed, meaning that there is no telling what will happen in the future. For instance, both Magni and Modi are dead, which is very strange because both of them are explicitly named as one of the very few survivors of Ragnarok. This makes the upcoming narrative that much more interesting, not least by raising the relevant stakes.

Sometimes I wonder if there’s some secret talent I might have, but I just haven’t tried enough stuff yet. Well, I guess I better get my hands on a razor, to see if I end…

I think we are at a point in the evolution of video games where it isn’t hard to tell what games are going to be successful and which ones are going to fail. Much like pop radio, the stuff…

For years, Grand Theft Auto games have given me and millions of others a way to vent our real-life frustrations in the form of raining down bullets and grenades on the hapless populace of its… 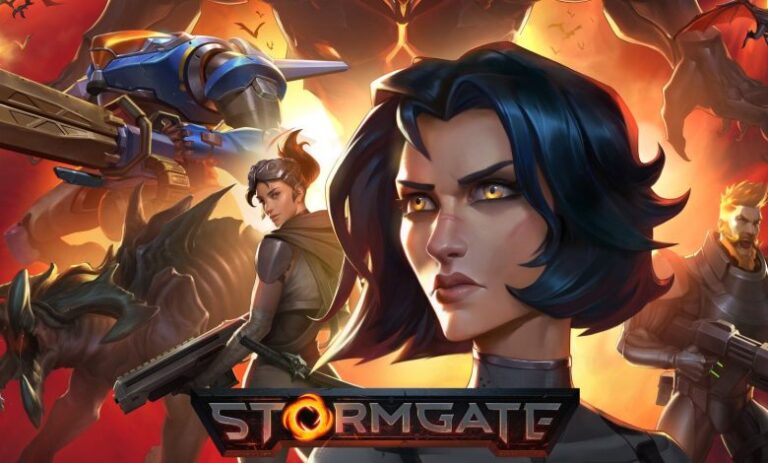 Stormgate is a new free-to-play RTS that is being produced by developer Front Giant Studios. This game is being crafted with the newly minted Unreal Engine 5. The setting will be a post-apocalyptic landscape where… 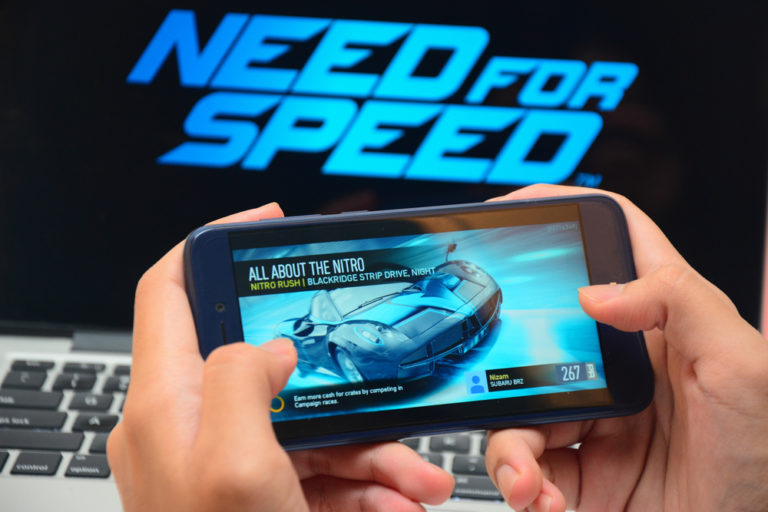 Do you love racing games? If yes, you must be a fan of the Need for Speed series. The franchise has been around since 1994 and has been home to some of the best racing…