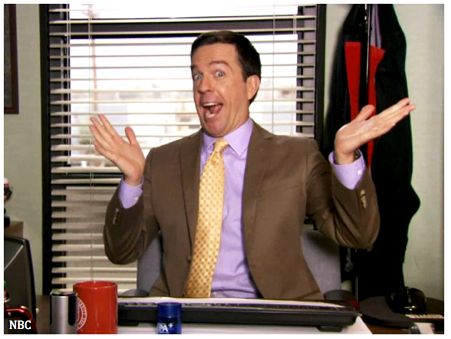 Andy Bernard is a better boss than Michael Scott. There, I said it. Disagree if you like, but let me explain why I’ve come to this conclusion.

Everyone wondered who would replace Scott, as Steve Carell’s character seemed like too much of a staple for the show to lose. He was the lead after all, and had about 60% of all screentime on the show.

It seemed like they were going to go with Mr. Outside Hire, bringing in a host of comedians and actors at the end of last season who could possibly fill the chair. But their ultimate choice? Andy Bernard. Why Andy? Plot-wise, it makes almost no sense. He’s always been the worst salesman by a mile, and his performance would normally never let him rise in the ranks like that. But with Dwight and Jim getting their own chances to run the office in previous seasons, they were out of the running. I guess a Cornell degree helps. 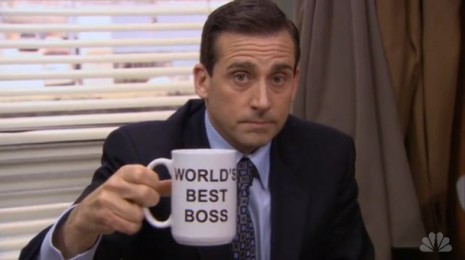 But personality-wise? It makes perfect sense. Andy is a socially awkward, tries to be funny, desperately lonely but still all-around likable weirdo, exactly like Michael Scott. Yes, he wears more pastels, but fundamentally he’s the same character archetype. But what’s good is that he’s a more toned down version of Michael. When The Office started to get bad a season or two ago, and I mean really bad, it was because they had morphed Michael and Dwight into borderline cartoon characters that consumed the show with their craziness. Low points included Michael driving his car into a lake because GPS told him to and Dwight setting the office on fire. Scott also suffered from “Larry David Syndrome” which involved getting into overly awkward social situations on a weekly basis that would never happen in real life.

Last night’s Office revealed just how far the show has come since those low points, and how it’s gotten its characters back on track for a truly funny, awkward show. Dwight is no longer burning things down, rather his “stand all day” philosophy was the right level of wonky. And the main plotline? Andy between a rock and a hard place as he tried to deal with Robert California’s mixed signals about hiring his wife was cringe-worthy but in a believable way. It didn’t have to do with Andy being a social retard, rather it was just a tough situation he was thrust into. Andy may have all the traits that Michael had, but he’s only about 60% as much of a buffoon which has lead to less over-the-top plotlines and a more coherent show overall.

At season eight after losing its star of seven years, I fully expected The Office to tank, hard. But that’s not what’s happened at all, and somehow, some way, the show has managed to make me laugh out loud once again. And I think Andy Bernard might just be to thank for that.