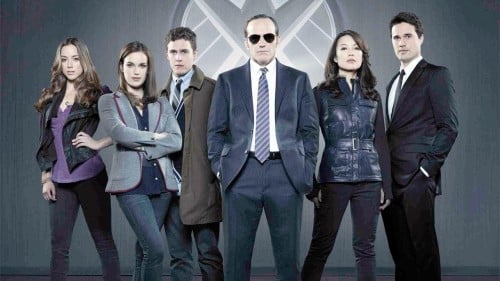 The premiere of Marvel’s Agents of SHIELD was last night, now called that because apparently people didn’t think SHIELD or even Agents of SHIELD was descriptive enough. I’m surprised they didn’t go with “Marvel, Who Brought You Thor, Captain America, Iron Man and The Avengers, Presents Agents of SHIELD” for those who really needed a reminder as to why they should tune in.

It’s far and away been one of the most anticipated new shows of the fall for two reasons. First, it’s a Marvel licensed TV show where normally all we get are DC properties on the CW. Secondly, it’s from Joss Whedon, at least in some capacity as he acts as a producer/creator and will probably be “guiding” the show in some capacity from afar as his brother Jed and other friends take on the day to day responsibilities.

But outside of the obvious awesome components, how would SHIELD actually work as a show? How do you have a show set in the Marvel Universe without the ability to show any of the A-list stars who play all the A-list heroes?

The pilot gives us some clue as to how that’s going to work, and the result is something like Fringe meets Heroes, though we’ll see which it steers closer to over time. 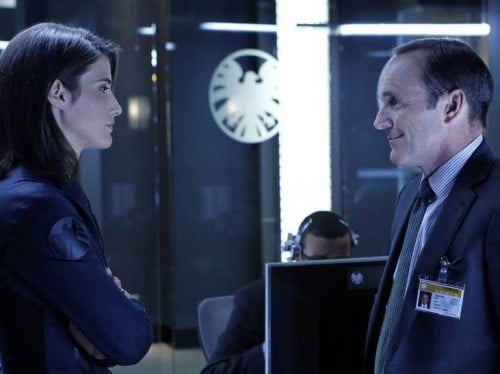 The show is greatly bolstered by the presence of Clark Gregg, back from the dead after Agent Coulson’s untimely end at the hands of Loki in The Avengers. He says Nick Fury (who didn’t stop by for the pilot) faked his death to better motivate the Avengers, and he’s been recuperating in Tahiti. A knowing glance between Maria Hill and his doctor (Shepard Book!) implies that may not be what happened at all. Is he a clone? A cyborg? Time will tell, but Gregg is a huge get for the show, particularly if he’s going to remain a regular.

The rest of the group are relatively unfamiliar faces who hopefully will grow to be as beloved as the rest of Whedon’s ensembles over time. There’s the presumed lead, Agent Ward (Brett Dalton) as a spec ops agent who we soon learn will probably be second fiddle to recruited hacker Sky (the shockingly gorgeous Chloe Bennet). Also on board are engineering and biomedical gurus Fitz and Simmons (Ian De Casetecker and Elizabeth Hestridge) who appear to be two halves of the same person, finishing each others…sandwiches, and so forth. The team is rounded out by the mysterious former field agent Melinda May who we learn can kick ass, but also has a dark past that will assuredly be revealed in time. Probably lots of time, or never, knowing Whedon.

The pilot focused on the appearance of a new man with superpowers (J. August Richards), but SHIELD discovers he’s the lab rat of a new project called “Centipede.” A device strapped to his arm made of super serum, alien metal and soaked in gamma radiation gives him power, but also degrades him mentally and physically, turning him into a walking time bomb (season one of Heroes condensed into one episode here). He goes from saving people from burning buildings to wrecking havoc in the city, and the new SHIELD squad is dispatched to subdue him. 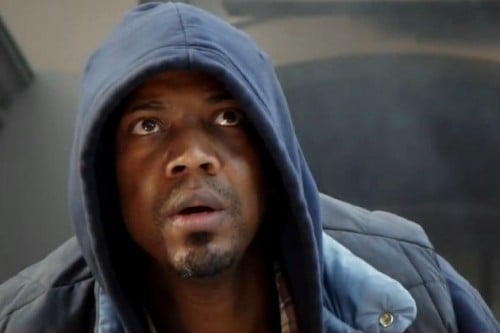 One thing I can’t figure out is how procedural the show is going to be. As it’s on a broadcast network, chances are the answer is pretty highly procedural. Not to say this is necessarily bad. Plenty of good sci-fi shows have had procedural formats to them like The X-Files and Fringe. Unfortunately for me, I don’t like The X-Files and Fringe all that much (blasphemy, I know), as more often than not, even a good procedural just isn’t my taste. It seems like this may turn into a “case of the week” type experience, but more pressingly, I still question how SHIELD works within the larger Marvel universe.

I feel like it’s going to be hard to truly get much “Marvel” out of this. They’re going to have to tread so carefully within the existing Disney-Marvel movie universe that I’m afraid they’re going to be picking through scraps when it comes to comic characters and lore, as the best pieces are going to be saved for the movies. And sure, maybe they can snag one or two of the main heroes for brief cameos from time to time, but it is going to be a bit weird to have them almost never around. So far really only passing references are made to this being in the Marvel universe, mostly in little dialog quips or the general setting of life in New York after the big alien invasion.

I will say the writing of the pilot was top notch. It flowed incredibly well and was hilarious in parts. None of this is surprising given the Whedons’ ability to script, but I wonder if that quality will be maintained if Joss isn’t as hands on as he was in the pilot. Yes, this definitely felt like a Whedon show, which is great, but will it continue to feel that way if he’s not as involved in the future?

This is a good start, and I really like the cast. It’s the concept that worries me, but it’s too soon to judge it after only one episode. Needless to say I’ll be tuning in next week, and I expect we’ll see at least a few seasons of this show, unlike many of Joss’s other ventures. Nobody f***s with Joss Whedon now, and the world of both TV and film will benefit because of that.

It’s that time of year again – your favorite TV shows are back, or about to come back.  Yes, the huge, big deal shows – Mad Men, Game of Thrones – are approximately 46 months…

httpv://www.youtube.com/watch?v=5Otaq2tmNMM If you’re somewhat close to my age, then you grew up in the late ’80s and early ’90s with a certain set of shows. Transformers, Thundercats, Masters of the Universe, Voltron and many, many…

Ok, I need a show of hands here, who was unimpressed by Fox’s “Fall Send Off” for their popular upcoming show, Gotham? The show ended and the credits rolled with what I thought was next week’s…

Alright, so I admit I have weddings on the brain as my own is now currently less than a month away at this point. As geeky as I may be, I’m not really interjecting that…

I feel obligated to write a follow-up post to last week’s discussion of G4’s poorly conceived American Ninja Warrior. I said it seemed like fun, but needed a lot of work, and gave a bunch…

Click the photo for full size Anyone who is anyone has been a fan of The Muppets at some point in their lives.  Hell I used to watch Muppet Babies and I loved that show. …