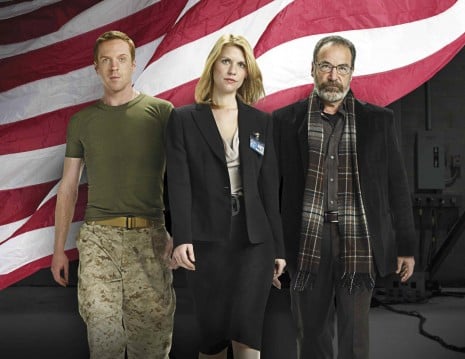 For the record, I could count the number of my friends who watch Showtime’s Homeland. Both of them swear by it. In fact, they stop short of calling it the best program on television ever. If you follow any of the critical reviews, you’d be prone to think the same. Its first season scored an aggregate 91 over on Metacritic, and its second season posts an impressive 96. So – not wanting to be left out of all of the fun – I hit the local video store, rented the latest release, and watched it all over turkey.

Well … how do you spend your Thanksgiving?

Suffice it to say, neither the wife nor I were all that impressed.

Granted, we’re pretty well known in our inner circle as discriminating viewers. We’re not necessarily easily entertained, and that’s probably because we expect shows to make some narrative sense. For all of its political posturing, Homeland didn’t. It left us wondering whether its writing staff or the regular viewing audience is really trying any more.

For those of you not in the know, let me give you a brief plot recap. Yes, there may be spoilers here if you’ve never followed the program and are intending to pick it up, so consider yourself warned. 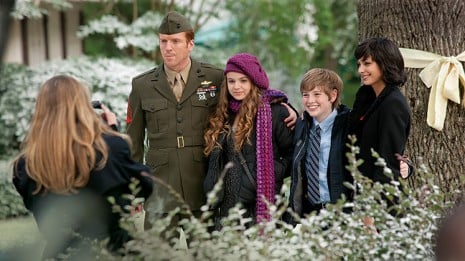 Carrie Mathison (played by Claire Danes) is a somewhat disgruntled, somewhat disgraced CIA spook who believes with all her heart that rescued Marine Sergeant Nicholas Brody (Damian Lewis) has actually been brainwashed by Osama-bin-Laden-wannabe Abu Nazir (Navid Negahban) to pull off a major terrorist attack on American soil, better known as ‘homeland.’ Discounting all shades of The Manchurian Candidate, it turns out Brody hasn’t been brainwashed but has been turned … or has he? It takes half of the season for audiences to know for sure (hint: would there really BE a show if he wasn’t?), but I’ll stop short of spoiling the first season’s turn of events as that really wouldn’t be appropriate.

For the record, Danes spends the bulk of Season One paying tribute to the acting gods, which generally takes the shape of looking wide-eyed at everything while glaring stink-eyed at work colleagues. Her Mathison is a genuinely tortured soul: she feels a measure of personal responsibility for not stopping previous terrorist attacks while also desperately trying to conceal the fact from her employer (the CIA) that she’s a long-time sufferer of bipolar disorder (it apparently makes her ineligible for her post). Thankfully, her mood disorder doesn’t play a significant role in the program until the last few episodes of the first season (or does it?). Once it’s revealed, she’s essentially thrown under the bus creatively by the writing staff.

Instead of demonstrating why the disorder makes her ineligible for spy work, showrunner Howard Gordon instead has the writers demonstrate precisely that Mathison’s mental prowess REALLY rises to the top when she’s at her emotional worst. While medicated, she still makes one bad decision after another, but we’re assured she’s the only one who can put two and two together. An illness that traditionally sidelines its sufferer gets full Hollywood treatment here; the best way to keep America safe is to staff spy agencies with people suffering wild mood swings! In other words, an ailment that has been identified as impairing one’s ability to make good decisions could serve a career enhancement for the CIA.

To be fair to Mr. Gordon and his team, Homeland is based on an Israeli series (“Prisoners of War”), so maybe – maybe – I shouldn’t be so harsh on them. Maybe, after all, they’re just following in the footsteps of what the Israelis did first. Now, I could accept those sentiments if Homeland weren’t riddled with one dropped thread or illogical plot development after another throughout the bulk of the first season. 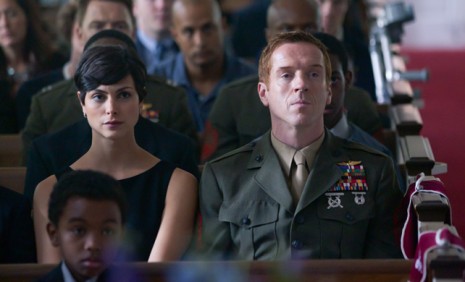 To name but a few:

• Homeland is a TV drama, so it goes without saying that there has to be love triangles. The show has two … but Mathison’s acceptance of Brody’s affections happens so quickly and haphazardly I found it entirely unconvincing. Moments later, she claims to be in love with him! It had been little more than a weekend of sleepovers, for Pete’s sake!

• As a result of his long captivity, Brody converted to Islam. He claims it’s because he wanted to pray to God and that was the only way he could. However, he now chooses to pray in the privacy of his garage, where others won’t see or find out … but he doesn’t lock the door behind him when he goes in to do it!

• One of Mathison’s best moles – a young woman serving as a concubine to a Saudi Royal Prince – dies under curious circumstances. Rather than pursue her death directly, the agent and her team ‘follow the money’ (who paid and why to have her killed). Eventually, this leads them to a new home near the airport presumably purchased to stage the assassination of the President … but this storyline disappears entirely once the involved terrorists go on the run! (The purpose of this house was to serve was never made definitively clear.)

• Given a hero’s welcome, Brody draws the immediate attention of Democrats seeking to capitalize on his reputation. A Congressional vacancy gives the party a chance to fast-track him in a special election … but after he announces his plans to pursue the office we’re only shown more time of him sitting home, praying, and drinking beer!

• Brody’s wife, Jess (Morena Baccarin), spends the bulk of the season vacillating between feelings of delight (having her husband back) and feelings of guilt (having knocked boots with his best friend, Mike, for the last few years). Once that plotline is resolved (predictable fisticuffs between the two Marines), she’s relegated to trophy-bride status. (Her legitimate plotline – believing something’s amiss with her returned man – is given to her daughter, Dana.)

• Toward the season’s conclusion, Mathison goes to Brody’s house hoping to speak with his daughter Dana because she feels the teen is the only one who can talk the sergeant out of the attack. Dana opens the door and instantly recognizes the CIA officer … despite the fact that we’ve never seen the two of them meet on the program before!

• Once the final phase of the attack begins, Brody is rushed with the Vice-President and his advisors into a secured bunker, where the decorated officer begins acting out of character (sweating, cowardly, speaking somewhat incoherently) … and yet we’re still to believe that this man is someone the White House would want on their side when under pressure? 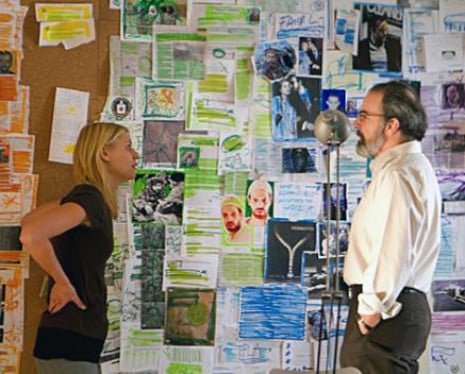 Look, I can appreciate twists and turns as much as the next viewer, but what Homeland offered over the course of these opening twelve episodes I found to be good suspense, respectable acting, all of it backed up by hack writing. Bad hack writing, too. Audiences will suspend disbelief only so long as the underlying logic adds up. Like Mathison’s cut-and-paste timeline concocted at the height of her mental incapacity (?!?!), these scripts felt more than a bit amateurish. Well acted. Well filmed. But not all that smart.

Could it be that – like Sergeant Brody has fooled ‘em all in the world of his duplicity – Howard Gordon and Claire Danes have pulled the wool over critics and audiences’ eyes as well?