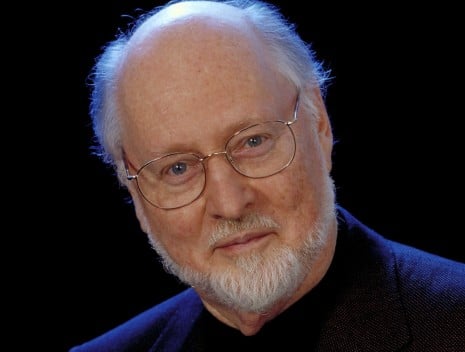 On Saturday at Tanglewood, there was a big to-do celebrating John Williams 80th birthday (which actually happened on Feb. 8). A milestone for anybody, but for a national icon like Williams, it provided a unique opportunity to look back over one of the most remarkable careers in film history. That night, the Boston Pops and assorted guests took the stage to pay tribute to the iconic composer. And I was right there with them.

Well, more like off to the side and fifty yards back in a crowd of nearly 20,000 people, but still. Want to hear about it? TOO BAD. I’m writing it up anyway. 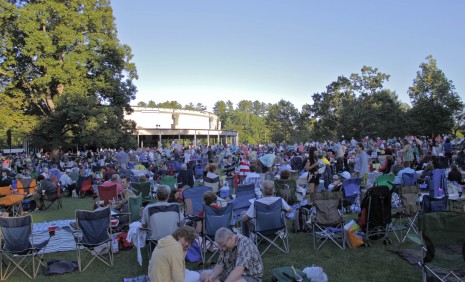 Though the concert starts at 8:30, we’re advised to arrive when the gates open at 5:30. Sound advice, as there’s already a huge line to enter when we pull up. And it only gets more crowded from there.

As night falls, the Boston Pops start to get ready. The simple lighting scheme comes online; it reminds me a bit of the scenes with the narrator from Fantasia. 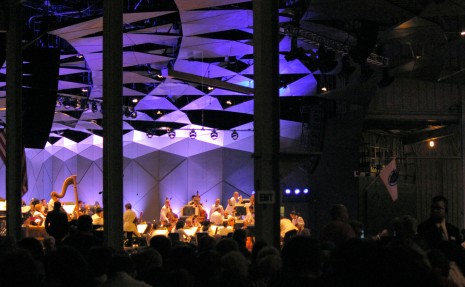 An address from Brian Williams of NBC’s “Nightly News” kicks us off. There’s no blood relation between him and John (which he notes in an amusing aside, adding, “aside from some screwing around our ancestors may have done in Wales.”), but his TV program opens every night to “The Mission,” a piece written for NBC by the birthday boy.

The first piece of the night is — appropriately — Williams’s “Olympic Fanfare and Theme”. They’ve brought in a special group to punch up the fanfare part: The U.S. Army Herald Trumpets. The song that follows is one of the few non-Williams pieces on the program, but a fitting introduction to the rest of the evening. It’s called “The Song is You” by Kern and Hammerstein, sung tonight by Jessye Norman. 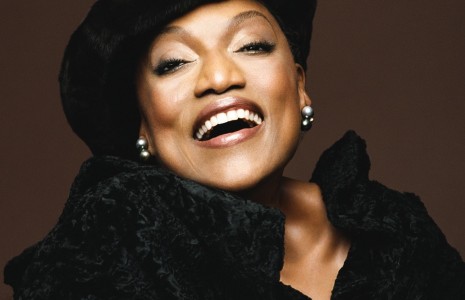 After that came three concert pieces. I’m honestly not familiar at all with Williams’s concert work, and based on these pieces I would have to say I still prefer his film scores. Not that there was anything wrong with them — they were very engaging classical works — but I think that he’s at his best when he’s got a literal story to tell.

One of the reasons I like film music so much is that it HAS such an obvious purpose. Since it’s meant to be paired with another work, it brings a lot of emotion and character to the forefront while still leaving room for more to be added. For me, this makes it the perfect thing to add my own thoughts to, certainly more so than music where the lyrics are going to do my thinking for me.

Anyway, once the applause from that movement subsides, the announcer cuts in: “Ladies and gentlemen… Steven Spielberg.” In the flesh, and charming as ever, America’s most famous film director takes the stage. 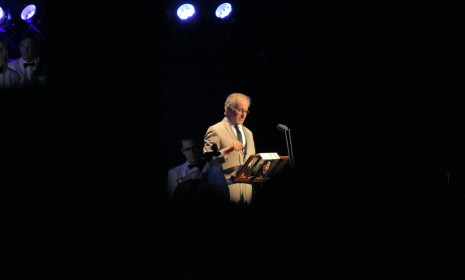 Spielberg, whose collaboration with Williams has spanned forty years, muses on Williams’s contributions to film, calling his music the medium’s universal language. He relates a story from the filming of Empire of the Sun, in which a Mandarin-speaking security guard came up excitedly to the set. Spielberg didn’t speak Mandarin, nor did the guard speak English… so the guard resorted to humming the theme from E.T. to make the connection.

More stories: Kids in Tunisia playing at being Jedi while humming the Imperial March. An inevitable quoting of the Jaws theme whenever Spielberg finds himself near a body of water. Spielberg’s own kids adopting the iconic theme from the Harry Potter series.

Doesn’t Williams have the most hummable repertoire ever? I could probably hum fifteen pieces right now from the Star Wars series ALONE. One of the conductors made the point that while Beethoven created an instantly memorable motif with four notes (his “Fifth”), John Williams did it with two. 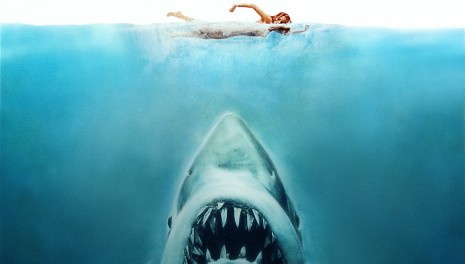 A quick aside: I’m a big Spielberg fan, not just as a filmmaker, but as a professional and a human being, and his short speech on Williams illustrates a lot of the reasons why. I dig that he a) doesn’t take full credit for his films, b) makes sure to mention films made by people other than himself, and c) seemingly can’t tell stories without talking about his family. Cool guy, but back to business…

Proving Spielberg’s point, the orchestra lights into a spirited playing of “Adventures on Earth” from E.T. Surely I don’t have to pontificate about this one. It may as well be John WIlliams’s greatest theme, and he’s written great ones almost yearly since the ’70s.

After returning from an intermission, the Boston Red Sox appear onscreen to wish him a happy birthday. Yes, the entire Red Sox. Why? John Williams wrote “Fanfare for Fenway” for their park’s 100th anniversary. I’d actually not heard this lively bit of fanfare, which was played here over footage of notable moments from Red Sox history.

Then, “Hedwig’s Theme“ from Harry Potter. This theme has gotta be one of the best example of how perfectly John Williams can capture the spirit of a story. In that one track, he manages to channel magic, whimsy, mystery, darkness, and excitement. Which, if you put that list in quotes, would make a pretty great poster quote. 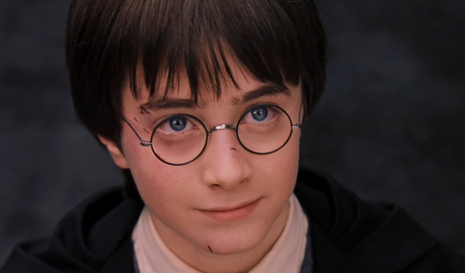 And he does that for every movie. Once you look at projects as varied as Indiana Jones, War of the Worlds, Star Wars, Superman, The Witches of Eastwick, and Midway, I think it becomes fairly obvious that this man is a freak of nature.

The next person to wish Williams a happy 80th — via video — is none other than Barack Obama. Despite his usual problem with sounding completely sincere (though I imagine he is), having a sitting POTUS wish you a happy birthday is a pretty freakin’ huge deal. 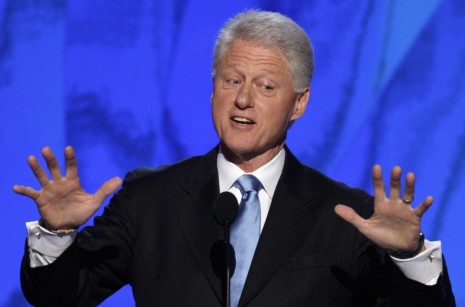 Clinton actually sent a video as well. Your guess is as good as mine.

Obama’s well-wishing prefaces a rendition of the piece Williams wrote for his inauguration, “Air and Simple Gifts.” Yo-Yo Ma (one of the original performers) and three other brilliant musicians (two of whom were also at the inauguration) perform it with aplomb.

“Going to School” from Memoirs of a Geisha followed, featuring Yo-Yo Ma on the cello again. This was from 2005, one of the 12(!) years when when Williams received TWO simultaneous Oscar nominations. Fun fact: in ‘74 and ‘96, he was actually nominated for THREE. 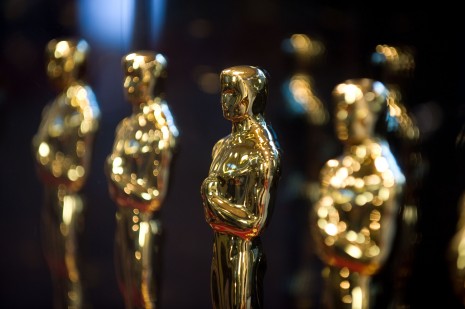 And he’s won five. I know there are only four here, so just imagine the fifth.

The theme from Schindler’s List was next. I probably shouldn’t have used the word “haunting” up there, because this is the time where I really need it. That violin solo is particularly moving stuff for me.

The big surprise of the night followed. James Taylor showed up, unannounced on the program, to play “You’ve Got a Friend.” Apparently he’s got a decade-spanning friendship with Williams of his own, and this particular rendition of that song was tailored a bit to fit the occasion. Guy’s got a truly great singing voice; that performance was nearly as moving as the Schindler’s List piece. 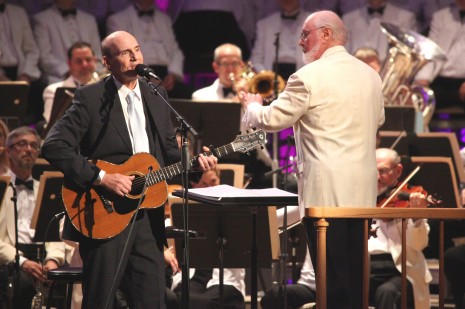 (Pic from another concert)

Another member of our party remarked to me afterwards, “You know you’re a big deal when you can get James Taylor to show up and play ONE song.” He seemed to really want to be there, though. One thing I gathered from the praise being heaped upon the guest of honor is that John Williams is a really solid guy on top of being, you know, John Williams.

To cap off the film music portion of the program, we got the main theme from Star Wars. I’m about out of superlatives, but you guys know this one by heart anyway. Lucas sent a video that prefaced this one, and in it he predicted that Williams will be “remembered for a thousand years.” 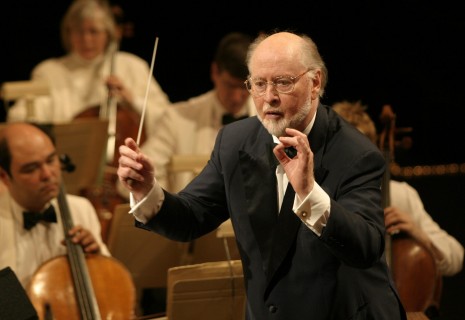 Probably not a bad guess.

And finally, the evening wrapped up with a brand new piece. Williams had done a special arrangement of “Happy Birthday,” called “Happy Birthday Variations.” I imagine this is about as epic as that song will ever sound. The melody went zipping around the orchestra, from horns to percussion to woodwinds to strings and back again, culminating in a quintessential Williams fanfare. Hell. Yes. I want this played at every birthday I have left. 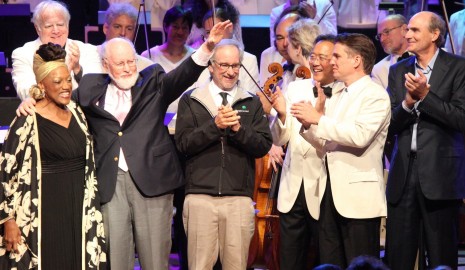 Also, invite all these guys.

So there you have it. I may have been a bit effusive in this column, but John Williams has a special place in my heart. My parents gave me a compilation CD of his themes when I was a kid, and it was not only the first film music I ever listened to, it was the first CD I ever owned.

Happy (now belated) 80th, Mr. Williams. We here at Unreality aren’t presidents, iconic filmmakers or opera stars (to my knowledge), but we, and many many others, will be fans for years to come.

Oh Disney Princesses, will artists ever stop finding ways to redesign you? Hopefully not, and then I’ll have a job for a very long time. This latest batch of reworks comes from artist MADHANZ who…

Hasbro has revealed a new line of action figures for Avengers: Age of Ultron that they call “Hero Mashers.”  Essentially you are able to “mash” all the characters to form any kind of superhero you…

When Kick-Ass debuted in 2010, it was the R-rated answer to all the popcorn munching superhero blockbusters out that year, and all the years before. Based on a frankly, kick ass graphic novel, for lack…

(click to enlarge) I promise I’m not engagement happy just because I recently popped the question myself, but from an objective perspective, this is a pretty damn cool ring. The proposer‘s prospective fiancee is reportedly… 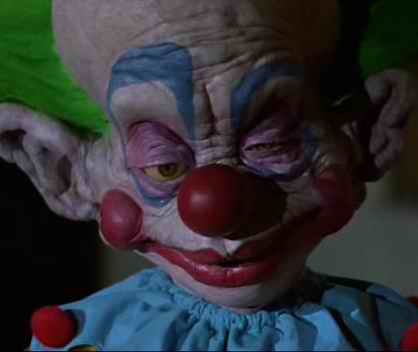 I’m not the biggest fan of horror movies, however I can certainly appreciate when a director and writer can really scare the crap out of us movie goers.  Personally I don’t really get scared from…

A few people have sent me this today, and it was a pretty good read so I thought I’d share. It’s from The Art and Making of The Dark Knight Trilogy book, and is a…