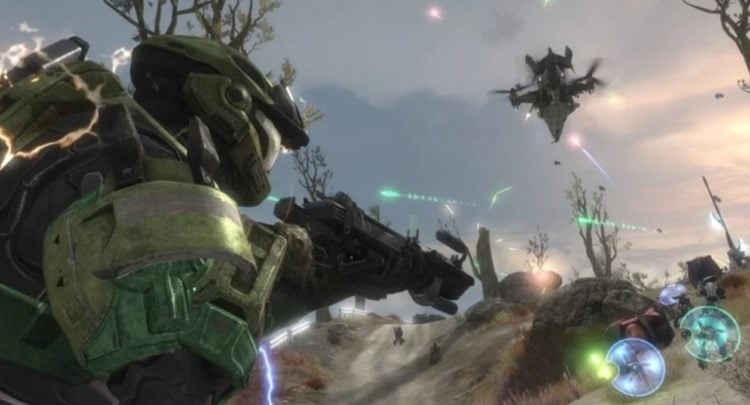 People with an interest in shooters might remember Halo: Reach. For those who are unfamiliar, it was the fifth installment in the main Halo series. However, it wasn’t a follow-up to its predecessor. Instead, it was a prequel to Halo: Combat Evolved (https://halo.fandom.com/wiki/Halo:_Combat_Evolved), which was the title that launched the franchise as a whole. Now, Halo: Reach is set to receive a PC version on December 3, 2019. Something that interested individuals might want to keep a watchful eye out for. Here are 10 things that you may or may not have known about Halo: Reach:

1. Named for the Setting

The title is named thus because it is set on the planet Reach. In short, it was one of the human colonies situated closest to the Earth in the Halo series, thus making it a place of incredible strategic importance. Something that was particularly true because Reach was a center for the UNSC’s military forces.

2. There Is No Happy Ending

Canonically, Reach was the site of one of the biggest engagements between the UNSC and the Covenant. On the whole, said engagement was a catastrophic experience for the UNSC. This can be seen in how 10 UNSC ships are said to have been lost for each UNSC ship that managed to make it out (https://halo.fandom.com/wiki/Fall_of_Reach). Furthermore, this can be seen in how the planet couldn’t be resettled until after it had been restored to a habitable state following the war, which speaks volumes about the fate of its more than 700 million inhabitants. Based on this, it should come as no surprise to learn that Halo: Reach doesn’t have the happiest of endings.

3. There Is a Victorious Ending

Having said that, an unhappy ending can still be a victorious ending, which was very much the case in Halo: Reach. Sometimes, the circumstances are so bad that one cannot win anything more than an existential victory, which means that they have managed to hold onto the core of who they are as people in spite of everything that has been thrown at them. However, the victory won in the ending of Halo: Reach is much more substantial than that, seeing as how it can be argued to have played an important role in the UNSC managing to survive the war.

4. Product of a Brainstorming Session

Supposedly, Bungie created a team to work on a title that never managed to see release. Said team went on to make a standalone expansion called Halo 3: ODST. Meanwhile, the rest of Bungie wanted to make another game with nothing clear in mind. As a result, they held a brainstorming session in which they came up with the idea to make a prequel, thus resulting in Halo: Reach.

In some ways, Halo: Reach was liberating to make. For instance, the Halo series had already managed to build up a sizable narrative by that point in time. As a result, there was huge pressure to get everything right on everyone who was involved in the making of follow-ups to the existing games. However, since Halo: Reach was supposed to be a prequel, there was less pressure because they were fleshing out an event that was already set in stone.

6. The Protagonist Is Noble Six

The player takes control of a Spartan who is called Noble Six and nothing but Noble Six in Halo: Reach. This is because the character was meant to be customizd to some extent, meaning that too much information would’ve been too restricting. Having said that, Noble Six has been said to be canonically male, however much that might mean.

7. The Player Character Necessitated Some Retcons

It is amusing to note that the player character necessitated some retcons. In short, the lore used to be that male and female Spartans looked pretty much the same in full armor, which made sense considering the nature of what they wear. However, Noble Six could be either male or female based on player choice, thus resulting in the female version gaining exaggerated proportions. Presumably, this was meant to make it easier to tell whether a particular Spartan was male or female.

8. Its Aliens Do Not Speak English

Aliens in Halo: Reach do not speak English. This was a delibrate callback to the way that things were in Halo: Combat Evolved, which made sense because of the title’s own timing. However, this was also very useful for other reasons. After all, speaking in English made the aliens understandable and thus comprehensible, thus making them that much less threatening. In contrast, when the aliens spoke nothing meaningful to the player, that contributed to them coming off with more of a menacing feel to them.

9. Doesn’t Quite Match with Other Material

Halo: Reach doesn’t quite match with some of the other material that has been released about the Fall of Reach. In part, this is because Bungie wasn’t too good at making sure that all of their lore fit perfectly with all of their other lore, which to be perfectly fair, is by no means limited to Bungie. However, it should also be noted that Bungie never expected Halo: Combat Evolved to take off in the way that it did, which is why they were a bit too exact with the information revealed about the Fall of Reach there. Something that proved to be inconvenient when they made Halo: Reach.

The title has what some people have described as a playable epilogue. Essentially, Noble Six is doomed to die along with a lot of other people in the Fall of Reach. However, Halo: Reach made their last stand playable so that interested individuals could determine the exact way in which it happened. True to form, the last stand tends to be very bloody and very drawn-out, which is reflected in other statements in other places that have been made about it. For instance, one statement claimed that the whole thing lasted for hours, thus highlighting the intensity of the fight. Something that is wholly unsurprising considering Noble Six’s status as a stand-in for the player in a way that even Master Chief couldn’t be thanks to a lack of information about the individual beneath the helmet.