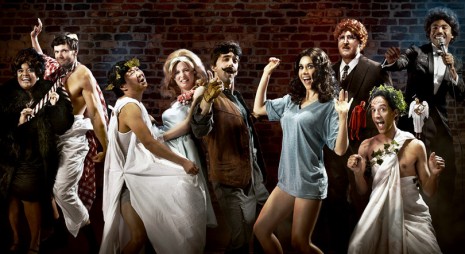 I stumbled upon some gear-grinding news yesterday: the future’s not looking so bright for quirky, intelligent shows like Community. According to Time Magazine, anyway. I’ll let the unfortunately named Robert Greenblatt, NBC’s entertainment chief, sum it up:

“We’re in a transition,” Greenblatt said. “We’re trying to broaden the audience.” And while he called the network’s Thursday roster–and Community, moving to Fridays, “great shows,” he frankly said: “We just can’t get the audience for them. They tend to be a little bit more narrow and more sophisticated than you want for a broad audience.”

Frank language, indeed, Mr. Greenblatt. Repetitive too. As a sucker for all things Alison “Seriously-How-Did-You-Get-My-Cell-Number” Brie, I find stuff like this disconcerting. Here’s the long story short: NBC is officially pandering to idiots, and they’re finally ready to embrace our collective idiocy. To be fair, network execs are running a business, and if the numbers don’t add up, something’s got to give; creative integrity doesn’t pay the bills. (Believe me, I know. I’ve got a Google Doc filled with exceptional zombie poetry and a food cabinet filled with…well, mostly just peanut butter and sadness.) 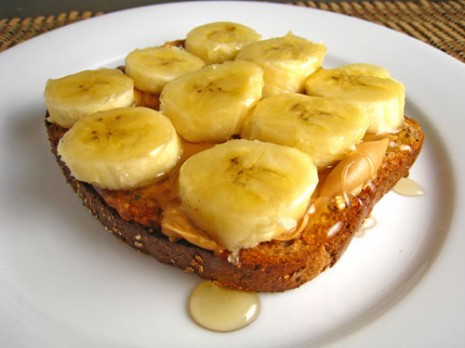 Sometimes I do gourmet.

This does not bode well for the future, people. NBC has been my go-to network among the Big Four for years—shows like Parks and Recreation, Late Night with Conan O’Brien, Heroes (relax, first season only), Just Shoot Me, Saturday Night Live, and 30 Rock kept me around—but it kind of sucks that fans literally have to fight for clever, risk-taking shows like Community to stay on the air. Things can get ugly real quick when the trolls assemble, but I’ll side with any troll any day who shares my affinity for Alison—I mean, creative integrity blah blah.

And when shows like Community get the boot, you know what’s going to take their place? Say hello to Animal Practice, which apparently stars that Asian dude from MADtv. Oh, and a gambling monkey. 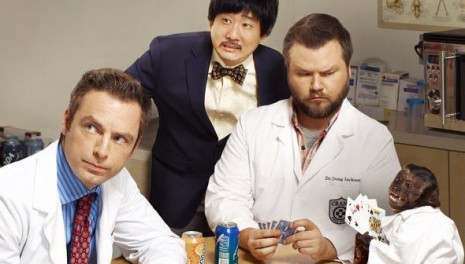 OK, fine. I’d probably give Animal Practice a chance, but only because the dudes from Weeds and Tucker and Dale vs. Evil are hilarious. (Community had monkeys before it was cool, by the way.) Seriously, though. IMDb’s full synopsis consists of the sentence, “An animal-loving veterinarian who despises the pet owners,” and there’s a monkey named Crystal the Monkey on the cast list. Not only is this the perfect reminder that the world isn’t fair and I’m failing as a literate human being, but I don’t want my entertainment choices deliberately dumbed down for me. You can’t just swap out fantastic screenwriting for an adorable primate and call it Even Stevens.

So here’s my personal invocation for you to watch Community when the fourth season finally hits. Just watch the shit out of it. Let’s give NBC the ratings they want. If by some miracle that somehow equates to them trying out new stuff every once and a while, it’s for the good of the group. Not convinced? Cool, because I pitched this thing as a list article and there isn’t a list in it yet. Just look at everything this glorious show has to offer:

A relatable premise with loads of potential

If you’ve been to college—any college, really—you know what a diverse place every individual campus is. The community college angle is a pretty solid one, though; I’ve lost track of how much our economy’s been sucking lately, but “affordable” is almost always topical, and that goes for bachelor’s degrees too. Here’s how a lazily researched Wikipedia entry describes it: “The series focuses on the experiences of seven students at fictional Greendale Community College. They meet as a study group for Spanish 101 class, and despite their highly varied backgrounds, personalities, values, and reasons for attending college, they quickly become a social network and develop friendships with each other.”

Hmm, that description doesn’t really do the show justice, but real life can be pretty random too. You never know what kinds of people you’ll mesh with as it plods along. And if hyperbolized diversity is your thing, then good news! Community also has… 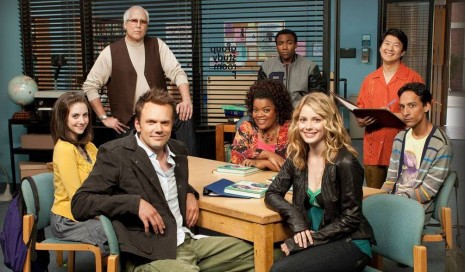 I’m telling you, there’s something for everyone. Do you like actors from ‘80s movies you watch every Christmas? Look no further.

Are you into hot blondes? How about neurotic, overbearing ones who used to be anarchists? Boom. 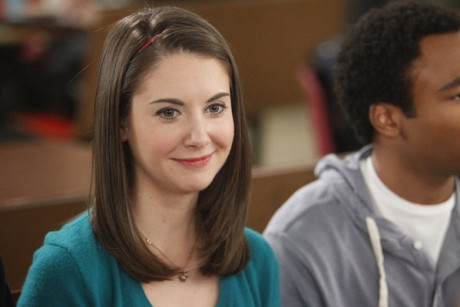 [Ed. note: I’m going to stop you right there with the leg stuff, TJ, and I cut out that whole paragraph about nude mud tickling. Jesus. Alison Brie is now officially on the list of stuff you’re not allowed to write about anymore.]

[Contrib. ed. counter-note: The heart wants what it wants.]

I was a huge Sesame Street fan when I was a kid. Still am. I love the show so much, sometimes I’ll watch it at the gym while I’m crushing kilometers on the bike. That’s just the kind of nostalgically ridiculous man I am. Anyway, Troy and Abed are like grownup(?) versions of Bert and Ernie—sexual ambiguity and all. Here, check them out in their natural habitat. This is awesome to me on so many levels, and not just because I have the emotional maturity of a Justin Beiber fan.

(On a side note, don’t get me started on Donald Glover. That kid is incredibly talented, and I’ve been hooked on Childish Gambino for months.)

Episodes for the music lovers

Glee this is not. It’s way better.

httpv://youtu.be/0uoL5EAAV18
Incidentally, “be less weird” is a New Year’s resolution I’ve been breaking for decades.

And speaking of Childish Gambino, Troy puts on his rapper pants for this little duet with Abed in the last Christmas episode.

The Internet loves Community, and it’s not hard to see why. As Internetians, we’ve got a lot of inside jokes/memes, but it’s not too often we see a show that capitalizes on them. Abed, for example, is obsessed with all things pop culture (much like myself), and the show’s writers squeeze some pretty meta jokes into his lines all the time. Plus he makes an awesome Batman.

I could go on all day, and if there are any more holdouts left, here’s my Hail Mary: Ever heard of KickPuncher? He’s a cyborg whose punches have the POWER OF KICKS.

httpv://www.youtube.com/watch?v=jLStS6bSWeg 30 Rock might not be getting showered with Emmys every year now like it used to. Modern Family has come along to become flavor the month (err, couple years rather), and what used to…

Orphan Black seemed like the perfect show for me. It’s from the BBC, is science fiction, and just wrapped up its first ten episode season, so it’s easily consumable. And in the last three days,…

DeviantArtist Tohad has gone all-out with his new series, taking beloved characters from your childhood and turning them into badass, terrifying versions of themselves. His work spans all manner of subjects, from Ducktales to Tintin…

Way, way back in 2002, I was in high school and introduced to a show called “Clone High,” a program that has stayed with me ever since. It’s one of those “killed too soon” shows,…

httpv://www.youtube.com/watch?v=7s3D8f1x5V8 I know at least a few of you are still fans of The Office, even as its gone through a rollercoaster ride of quality the last few years. I’ve read fan theories about how…

This past week I watched a ridiculous amount of deaths via The Walking Dead. I waited for season three to be over to catch up; and now that it’s all behind me, I’m convinced that…