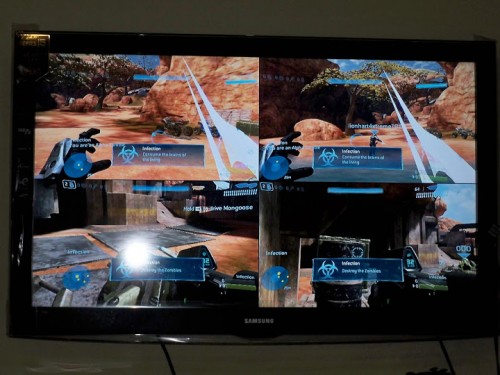 “Multiplayer” is a term that gets thrown around a lot these days, and its meaning has completely shifted from what it used to be.

Multiplayer formerly meant you were sitting around in a room with friends playing a game on splitscreen. Mulitplayer now means that you can be playing a tacked on mode to Mass Effect with some kid in Vietnam. It’s not the same.

I wanted to take a look back at what some of the best multiplayer games have been from my last 20 odd years spent as a gamer. Far and away, I had more great memories with these games than I ever did a single player title or when If fought a team of faceless twelve year olds in Call of Duty. 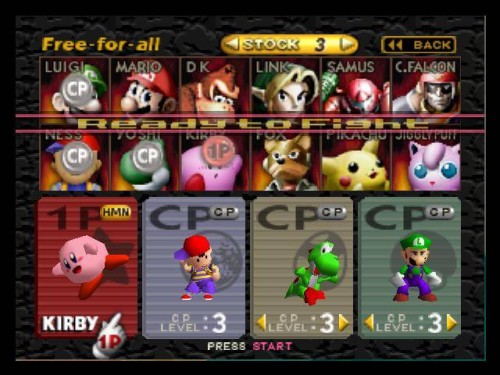 We’ll start with the Holy Grail, and my favorite game of all time. The original Super Smash Bros. for Nintendo 64 made up a very, very significant part of my youth, adolescence and beyond. It was a fighting game unlike any other, where health bars were nonexistent and the goal was to get your opponents off the edge of the arena only.

My friends and I spent hours hammering away at each other, perfecting our skills with each character, and everyone ended up with their favorites over the years. Mine were Yoshi, Pikachu and Fox. Others loved Falcon or Ness. Kirby was always, always considered overpowered, and was banned from most games, as were items like the hammer and health heart.

You could play the game for a decade (which we did), and you would still end up seeing things you’d never experienced before. A green shell reverse kicked by Fox into a bomb which knocks Falcon into a tornado which shoots him up only to have him saved by a falling Snorlax? You couldn’t predict this shit. I played this game from its release, well into college, and now even after, if we all get together, it’s often the game of choice for us. 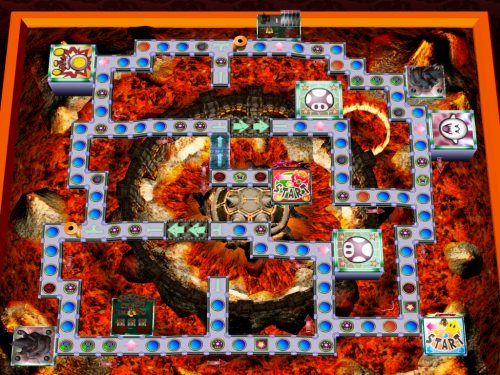 Mario Party’s 1 through whatever-the-hell-they’re-up-to-now were a source of contention with me and my friends. I hated the game with a passion, but that doesn’t mean I didn’t recognize its effectiveness in creating a good multiplayer experience. The collection of minigames often was decided by who had played them before or who could mash on buttons the fastest, and that never seemed fair to me. But Mario Party wasn’t about being fair.

What really made the game a lively group activity was the ability for you to screw over the other people playing by stealing their stars. You could also form unofficial alliances to gang up on the leader of the game, and you could go from being on top to last place pretty quickly if the group turned on you.

The most frustrated I was with the game was the end where they would give you stars based on random criteria. That alone could decide the game. I remember losing once because my friend got a star for landing on the most red spaces, which make you lose coins. “What the hell is that?” I shouted. “They’re giving you a red square star? For what? Being the biggest communist?” Mario Party was made for moments like those. 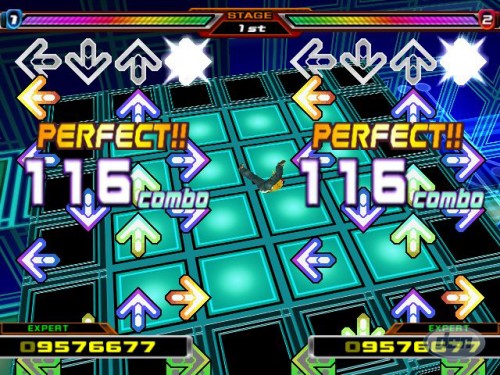 Oh good lord, I don’t know what this game still isn’t popular. If we’re trying to combat the childhood obesity problem in this country, DDR is the solution. I played this hardcore with my friends for a summer, and I swear we all lost 20 pounds by the end of it from sweating alone.

It was dancing for people who actually didn’t know how to dance, which definitely described me and my friends. You would play the same songs over and over until you knew each of them by heart (“Hey-O Captain Jack!”), and slowly you would rank up and miss less and less arrows. There was fierce competition as to who could even come close to beating the hardest songs on “Heavy.” The added complication was that this was in my basement, and the plastic mats the game provided would always be sliding around underneath your feet.

I know that Dance Central is popular these days, but it’s just not the same dancing to mostly crappy pop songs instead of crappy techno. I loved that crappy techno. And in the new games it’s actually…dancing, sort of, at least. I much prefer just hopping around like a crazy person. That I understood. 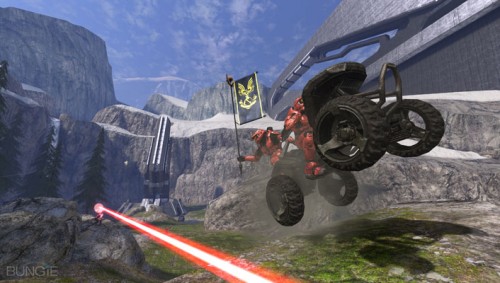 I haven’t been shy in my dislike for the newer games in the Halo series, and I consider Halo 3 the last truly great game in the saga. Quite simply, in multiplayer it was a perfect blend of everything you wanted from the game. At the time, it looked gorgeous on the Xbox 360 (Halo’s 1 and 2 were only for original Xbox), and there was nothing more fun that getting four friends together to play splitscreen.

My favorite times were driving around the Warthog in Valhalla, racking up triple and quadrakills for my gunner sitting next to me. It was also hilarious to see my bad friends attempting to contribute, as we didn’t care if we lost, so long as the game was funny. Much like Smash Bros, it was a game where anything could happen due to the wacky physics, vehicles and playmaking items like the gravity hammer or sticky grenades.

You might say that Call of Duty has split screen potential as well, but it really doesn’t. It’s really hard to play the game locally with a friend, because it relies on you being able to sense any kind of tiny movement from 500 yards away, lest that enemy kill you for reacting too slowly. With half a screen, it’s much harder, not to mention sound effects are useless too as you don’t know which screen they’re coming from. Halo, where you generally could not die in two bullets, was much easier to play on split screen, and still isn’t bad even in the new versions I don’t like quite as much. 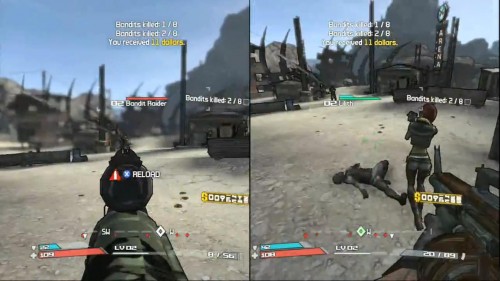 None of these games have been about co-op so far, but the original Borderlands stands as the most fun cooperative title I’ve ever played. It’s a game that was designed to play with friends, and is far more enjoyable with another player.

I played through the first game three times with three different friends, and it was just a joy to slaughter enemies, rank up, and find better guns. We had a rule where we would divide up found guns based on our classes. When I was Mordercai, for example, I would get all the rare revolvers and sniper rifles. Lilith would take all the submachine guns and pistol. Sharing is caring, and the ability to revive each other was a must for the game.

Perhaps Borderlands 2 is just as much fun to play with a friend, but I don’t have any game playing friends living near me now with my most recent move.

Perhaps that’s why I wrote this post in the first place. 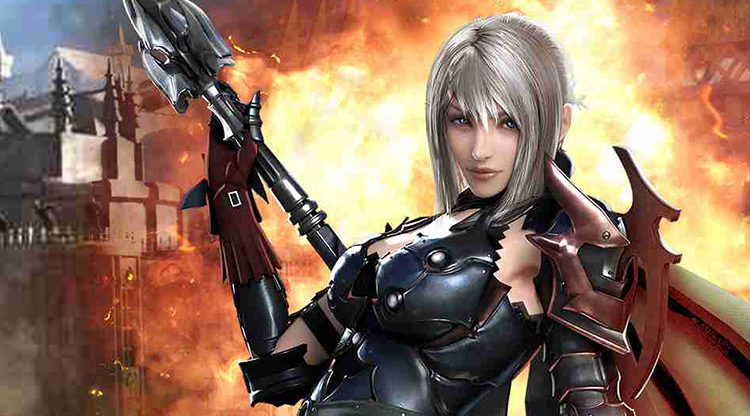 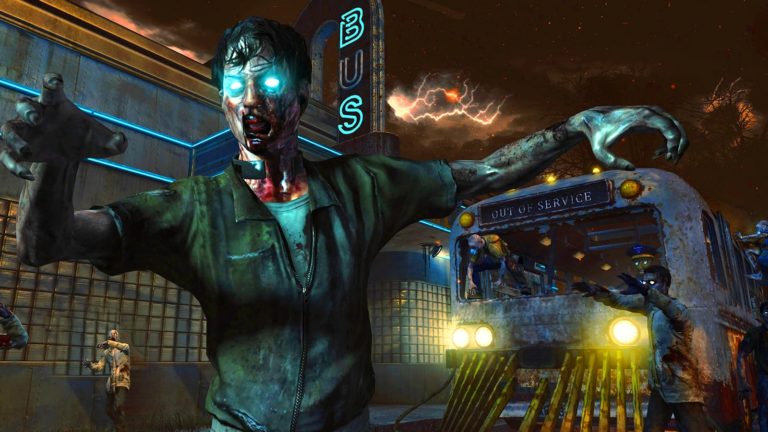