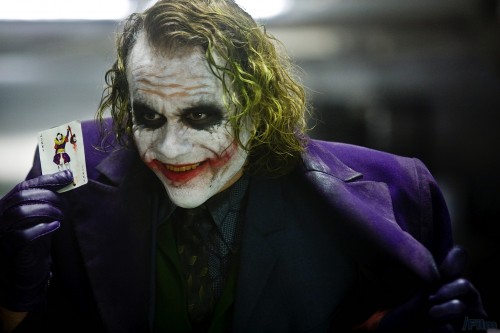 In my review of Gravity earlier this week, I mentioned how a common complaint these days is that a movie theater just isn’t worth going to because of long drives, high prices and rude patrons, not to mention the accessibility of movies at home now.

I said Gravity was an exception to that rule, a movie that truly must be experienced in theaters to be appreciated. It’s the type of movie that makes the theater and even the insanely high IMAX ticket price worth it, and we need more like it.

I’ve seen a lot of movies in the theaters over the years, easily over a thousand which I can prove by the fact that I’ve saved every ticket stub since I was like eleven. Over that period of time, there are a few experiences that have stood out to me. Sometimes because of the movie, other times because of the situation, but usually because of both. This is just a short jog down memory lane, and five of my most memorable times in the theater are below.

I was a bit of a late bloomer, so my first “real” date was when I was 16 and could finally drive. Really anything where your parents drop you off doesn’t count, and I had it rougher than most as I was a full year and a half younger than all my classmates. I was a bit embarrassed to be picked up by a girl, so I waited until I could drive to start dating. Yes, that’s the reason. I’m sticking with that.

Anyway, on what I would consider my first real date, I brought a girl to the theater after a lengthy AIM conversation about The Matrix. She hadn’t seen “Reloaded” yet, though she liked the first one, and I figured that would be a good first film to see together. In retrospect, Reloaded is pretty awful, but at the time, I cared not.

But guess who can’t see an R-rated movie like The Matrix Reloaded in theaters? Sixteen year-olds. That fancy drivers license still didn’t grant me access to the theater itself, so I pulled an old trick I’d honed with my friends for years now.

The AMC theater we were at helpfully labeled each theater entrance with whatever movie was playing. We were in past the ticket kid, and free to go wherever we chose, and we stole into The Matrix Reloaded instead.

Going to a private, Christian school, this was about as bad boy as I could get, and she was stunned we could do something so illegal. I earned massive cool points for this move, and felt like James Dean in Rebel Without a Cause after that. It wasn’t the movie I remembered, but it was the theater experience that made the night possible.

The Lonely Nightmare Before Christmas (2006) 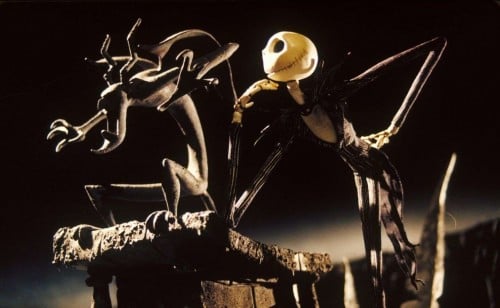 In college, I joined the film staff of The Michigan Daily instead of pledging a Greek fraternity house. Less of a need to talk about sports and chug beers. As a new member of staff, I was tasked with covering movies no one really gave a shit about, and one of my first assignments was to review the 3D re-release of The Nightmare Before Christmas.

It was a unique experience, because I’d never gone to movies by myself before. Either I’d taken dates or friends, and if I didn’t want to see a movie, I didn’t go. But now that this was my job, I was going to have to start making a habit of seeing movies alone.

But in this case, it meant truly alone.

The theater was empty. Fully empty. As it was 3D, and there were no other 3D films out at the time (this is 2006, mind you), it was showing in their biggest theater that claimed to be an IMAX. I sat in the middle and had literally the entire place to myself. I’ve seen movies before where you think you’re going to be alone, but sure enough, five minutes into the trailers a family finally walks in.

But not so this time. I was truly alone for the entire feature, and that’s the first and only time that’s ever happened to me, and in such a large theater to boot. It was a strangely calming, transcendent experience, and made me feel more comfortable with seeing movies by myself after that.

The Terror of Paranormal Activity (2007) 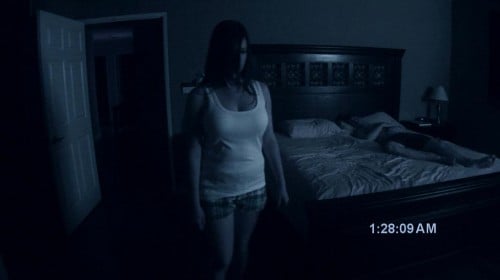 Yes, it’s true that the Paranormal Activity series has become as much of a running joke as Saw now in the horror genre, but like Saw, it wasn’t always that way. When the first Paranormal Activity came out, it was in limited release and had the best viral marketing campaign ever, with people planting stories about how it was so scary, that viewers were actually passing out in the theater.

At long last, it finally came to my college town of Ann Arbor, and premiered in a midnight showing one foggy Friday night. The line was a mile long and we barely got in. The house was packed and the movie started playing.

It was a horror experience I’d never had before, and have never had since. Yes, I do think the movie is somewhat inherently scary, but it was the audience who made it even more intense than it would have been otherwise. The fear was palpable in the room. You could feel the energy of the vast majority of the audience terrified in nearly every moment of the film.

Each time the film reset to “night vision cam” which is when the ghostly occurrences would happen, whispers spread out through the audience like pond ripples, and you could feel the nervous energy with everyone shifting in their seats.

The ending, which contains one of the biggest jump scares in movie history, effectively rocketed nearly everyone in attendance out of their seats, myself included. Yes, the movie might be tense and scary seen at home, but that night, with that crowd, it was ten times as terrifying as it ever could be anywhere else. 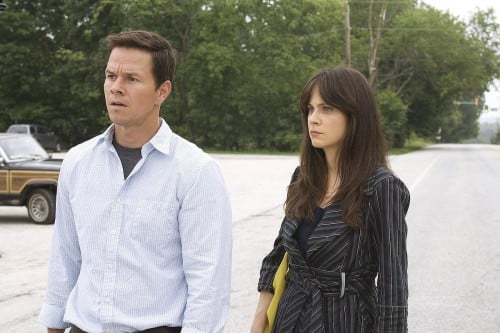 Audiences can really enhance movies in other ways as well, especially when the movie is overtly terrible. The Happening was supposed to be a horror film, I mean, it has the entire world committing suicide in the creepiest ways possible, but the M. Night Shyamalan film also happens to be one of the worst scripted, worst acted movies ever made.

The theater I saw it with thankfully realized that a short while into the film, and it became an unintentional comedy. People burst out laughing during “scary” moments, or nearly any time Mark Wahlberg opened his mouth.

By the end of the film, things had pretty much turned into Mystery Science Theater 3000. People were opening mocking the movie at full volume, my friends and I included. Normally this is the kind of thing I (and eveyone) hates in a movegoing experience, but everyone was dying laughing at both the film and the running commentary from the most outspoken audience members, and it ended up being the funniest movie I’d seen that year as a result. Try to have the same experience at home, and you probably just would have shaken your head and turned it off after thirty minutes. 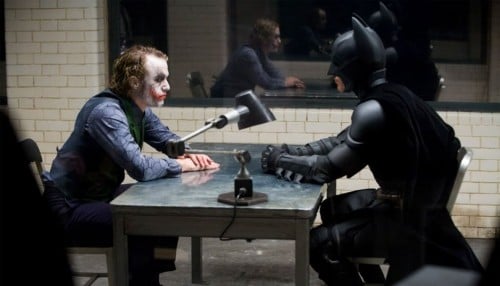 Sometimes, there’s just that one perfect moment in a theater where everything aligns and you have the best moviegoing experience of your life.

By buying tickets in advance, a group of my closest friends and I had managed to secure tickets to the midnight showing of The Dark Knight, the most anticipated film of the year. But not just any tickets, tickets to the IMAX showing of it in Dearborn, MI.

These days, IMAX has slapped its label on any screen that’s 15% larger than normal, but there still exist a few “true” IMAX screens out there. Ones that are square and four stories high with the best sound systems money can buy. The one in Dearborn is the largest screen in the tri-state area, and there was no better way to watch the film.

And I know people love to nitpick uber-popular movies to death after the fact, but at the time, The Dark Knight felt like the best movie I’d ever seen in a theater. Even with all the hype, it blew away all our expectations, and between the film and the IMAX presentation, it was the most engrossing, most enjoyable film I’d ever seen. Walking out, my group of friends were speechless for a solid half an hour before we were able to form words about what we’d just experienced.

Sure, there are better films in retrospect, but that night, the stars aligned and that was simply the most perfect theater experience of my life.

Beauty and the Beast – The scene where Beast fights the wolves was so scary to me as a five year-old, I had to leave the theater.

The Ring – Seeing it in the front row, and being scared out of my mind because there was no way to look away.

Constantine – So bad it was good, aided by the fact that we were forced into a closed caption screening which constantly narrated things with captions like “rising guitar music.”

8 Mile – Pretending that a couple was our parents so we could get into the theater.

Avatar – Say what you will about the film, but in terms of a purely visual experience, there was nothing like it.

Transformers: Revenge of the Fallen – No movie has every assaulted all of my senses more for such an extended period of time.