To be sure, a lot of Hollywood movies, both big and small, are written specifically for a particular actor or actress to play either the lead role or a significant supporting role. This especially rings true when it comes to major stars who bring in big box-office numbers. But, in some cases, the writers, producers, and directors of films have to end up settling for someone else. Sometimes they get the cast that they want but many times they simply don’t.

Often screenwriters include special instructions in their scripts regarding casting. Still, others simply write for specific actors and trust that it’s quite obvious to everyone who a part was written for. Unfortunately, much like Rodney Dangerfield, screenwriters get no respect in Hollywood, so most of the time it doesn’t really matter who they wrote the part for. Once the script is written and sold, the studio and everyone else involved will take over and cast whomever they please. Usually, it involves profitability and who will sell the most tickets.

On the other hand, sometimes the screenwriter is also a producer or director on the film, in which case, he or she has a lot more control. Unfortunately, sometimes their casting wishes do not jive with the plans of the star they wrote the part for and they still don’t get the casting that they intended when they wrote the role. Here are five examples:

Probably the most famous recasting of a role written specifically for a famous actress was “Breakfast at Tiffany’s”. Most people don’t know that Capote’s novella was loosely rewritten by Blake Edwards, especially for Marilyn Monroe. The Holly Golightly character in the film was obviously a hooker and therefore the famous acting coach, Lee Strasberg, advised Marilyn against playing the part. So, Audrey Hepburn was cast and the film became an American classic and made her famous.

In spite of the fact that James Cameron says there will be two sequels coming up for his Pocahontas-in-space movie, it’s all but forgotten these days. But, did you know that the lead role was originally written for Matt Damon? Cameron wrote the part of Sully for Matt, but the well-known Jason Bourne actor opted to do two other hit films with his BFF, director Paul Greengrass, one of them being one of those blockbuster Bourne hits, rather than starring in the mainly CGI film with the unforgettable blue color scheme.

The character of Ruby Rhod in this sci-fi movie was written specifically for his royal purple one, the late great Prince. Complete with musical instruments adorned with Prince’s signature leopard print, the part was tailor-made for him. However, his touring schedule prevented him from playing the part and he was replaced by Chris Tucker complete with a matching Prince mole.

Originally entitled “Frosty the Snowman”, the lead role was originally written for George Clooney and even the CGI snowman looks like him, not like Michael Keaton. Clooney was originally slated for playing the snow demon and Sam Raimi, who directed “Evil Dead” was going to direct. However, George backed out after construction on the snowman was well underway. Since starting a whole new one required way too much time, they simply did a few chin and lip alterations. Since nobody cared that much about this particular movie anyway, nobody ever noticed.

This is one movie that actually had four main characters written for specific actors, but ended up with completely different ones playing the parts. One was Eddie Murphy, who was the inspiration for the character of Winston, which ended up being played by Ernie Hudson. Who knew? Interestingly enough, although one of the screenwriters, Dan Aykroyd, says that the part was definitely written for Eddie Murphy; the director, Ivan Reitman, completely denies it to this day.

In addition, Hudson took a pay cut to play the part because he loved the script and his part so much, only to find out the day before they started filming that his part had been drastically diminished in the final shooting script. Even stranger is the fact that the villain, Vigo the Carpathian in the sequel, was written for Val Kilmer although Aykroyd and Reitman are unwilling to confirm that.

Five Movie Roles I Wish I Could Go Back and Recast

What Could Have Been: 10 Weird “Originally Casted As” Movie Roles

Five Movies where One Actor has Five or More Roles

Happy Halloween you sexy Unrealtors you! Sorry I missed last week’s trailers. My wife and I celebrated having our second child so I took the week off. There was a post earlier this week about… 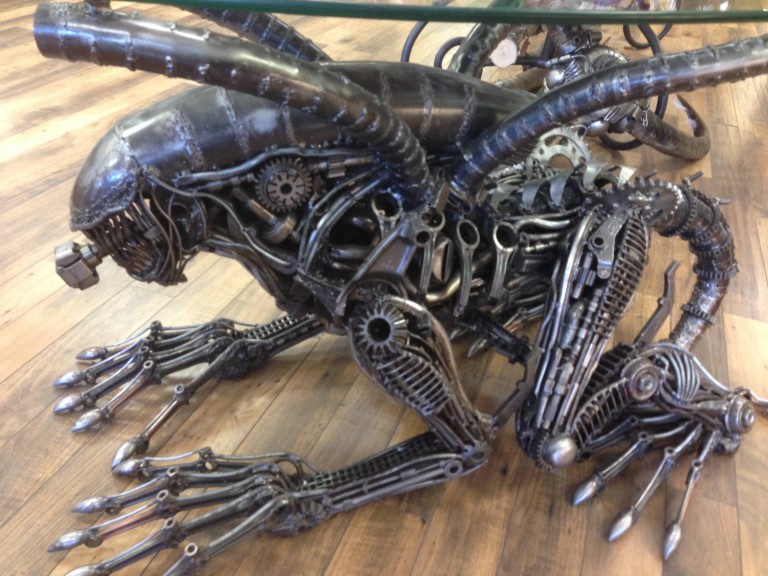 When it comes to home decor, picking out your furniture can be a humongous decision. The type of furniture you have around the house says a lot about the kind of homeowner you are and…

David Fincher has long been my favorite director, so it’s understandable that I have never been as anxious for the release of a film as I was for The Curious Case of Benjamin Button.  Loosely…

(click to enlarge) On the left: Anna Chapman, accused Russian spy. On the right: Kaylee Frye (Jewel Staite) of Firefly. Kaylee, say it ain’t so! How could you betray your people like this? I know…

When you think of a sword and sandals epic about the Roman Empire, classics like Spartacus and Gladiator come to mind, led by their famous directors and stars and massive casts and budgets. You don’t…

Who says that Gotham City gets to hog Batman all to themselves? What if say, Tuscon, Arizona needs him? Well that’s why someone went ahead and invented this mobile bat signal which is cool if…