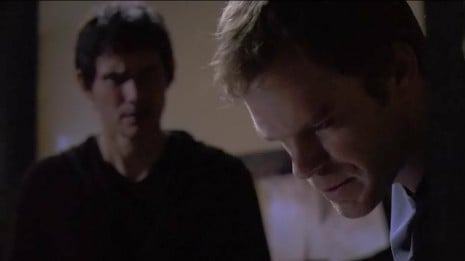 This might have been my favorite Dexter episode of the season, but I’ll admit that isn’t saying too much as overall I’ve found this year to be lacking in many ways.

I enjoyed this week’s installment mainly because the focus was off of the Doomsday killers (now needlessly abbreviated to “DDK”) and onto a storyline far more interesting than theirs.

What we saw this week was an episode that could have been an arc that lasted an entire season. Dexter wrestling with his brother’s seducing him to go fully into the black and start killing indiscriminately. A revisiting of the Trinity case where Dexter discovers his son Jonah has now become a killer. 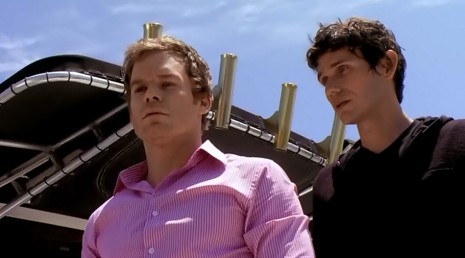 Seeing them team up for a spree would have been pretty damn epic.

I could have easily seen an entire season of Dexter wrestling with going out of control, and perhaps even taking Jonah in under his wing to some degree. But alas, it was only a fleeting moment, I think we’ve seen the last of both Jonah and brother Brian for a while.

Brian was a different sort of ghost than Dexter was used to. His father pops up to give him advice every so often, but Brian was far more active, helping unload body parts into the lake, telling him to flirt with girls, and finally actually stabbing someone in the chest, though it turned out it was in fact Dexter holding the pitchfork.

If he stayed around longer, I would think that it would be worth asking certain questions about his abilities, such as how he knew where that secret pot garden was in the cornfield, and why he led Dexter there. Also, I don’t think it’s the best tactical maneuver to stab someone in the chest with a pitchfork as they’re holding a gun in your face. 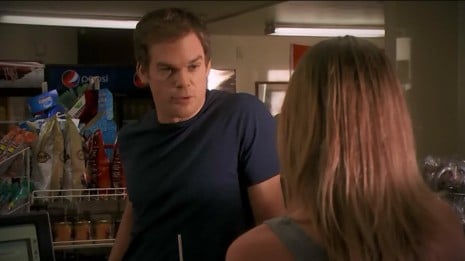 I liked seeing Dexter unleashed, prodded by Brian, though they did take the character to a rather unrealistic place. Even under the influence of a dead brother, Dexter isn’t exactly the type to bang a random teenager in a gas station back room, nor shoot at signs on the freeway with a stolen magnum. It would have been cool to see how far he could take it, but I think this little joyride is over.

It was great that the show revisited Trinity, and I thought the explanation for why Jonah did what he did was well thought out. For a moment there, I thought they were going to go in a very ballsy direction, and have Dexter admit to Jonah he killed his father, and when Jonah ran away and later called to meet Dexter, he wasn’t trying to kill him, but rather the cops would swarm in as it turned out that someone else really did kill his family, and now Dexter has admitted to killing Trinity. Now THAT would have been a plot development.

Back at home, not much went on other than Deb continuing to struggle with being Lieutenant. It makes her a more well-rounded character, but after five episodes of tearing up in her office every ten minutes, I’m getting a bit tired of it. 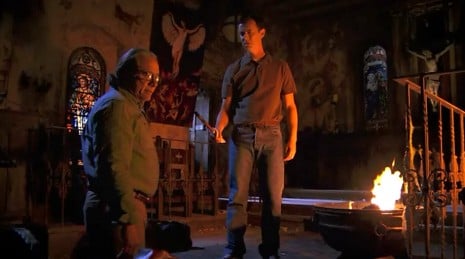 Don’t do it, you’ll be stabbing yourself in the stomach!

Lastly, Doomsday was featured a bit, and the show is still pretending like we don’t know that the Professor is a part of Travis’s personality the same way Brian was a part of Dexter’s this episode, making him do bad things outside his normal range. I guess that with this personality switch he actually has to change his voice, as the escaped “whore” remarked that though she didn’t see them, one was old and gruff, and the other was young and kind. I can’t wait to hear Colin Hanks go all Norman Bates and try to do his best Edward James Olmos voice when he’s caught. How is this reveal going to be anything but goofy?

I have a theory that I’m sure many of you will agree with that coming up on the chopping block is Travis’s sister. That will probably be when the reveal happens as she pleads with her brother to help her, and he swears he’s not the one doing it.

Anyway, good episode, but still not a great season in my opinion.