We are no strangers to seeing beloved characters and legendary figures being used in promotional videos ever now and again. In fact, this type of persuasion, if you will, has been used for many decades, and we have just so happened to stumble upon a promotional training video for IBM from the year 1967 that featured the one and only Cookie Monster. Although we now know Cookie Monster as the blue, fuzzy, lovable, cookie eating monster that lives on Sesame Street, back in the ’60s, he appeared to be a slightly more terrifying, and hungry. You can see what we mean by taking a look at the training video for yourself posted below:

First off, it is good to know that this is one of Jim Henson’s first depictions of the fuzzy blue monster, who in this video has a row of razor sharp teeth in his mouth. The video basically shows Cookie Monster interacting and being introduced to a computerized coffee machine. The machine, which is in a descriptive mode, is describing what each of its parts is used for, and all the while, Cookie Monster is eating each piece bit by bit. By the end of the video Cookie Monster has eaten the entire computerized coffee machine, and accidently turns it onto the anti vandalism mode, which causes it to self destruct. The machine ends up exploding inside of Cookie Monster instantly. Needless to say, this may not be the best video to show your kids who are infatuated with the lovable blue monster! We should include that the video was used as a gag video, and was even featured on the Ed Sullivan show during this time period.

A while back we featured a collection of “I Know that Feel Bro” pieces from Paperbeatssscissor where he has two pop culture characters bond over some similarity they share. Now, I’ve stumbled upon a new… 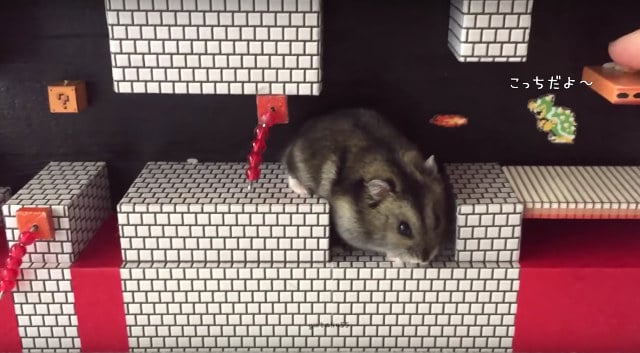 ﻿ For those that love all things soft, cuddly, and adorable (especially when it comes to animals), this hamster video that was recently posted to YouTube may be right up your alley. It will also…

This is a pretty creative Zelda clock made by Reddit user HyruleanHero. He subs in rupee amounts for the numbers, and weaponry for the hands. All it needs is a HEY LISTEN! alarm and it…

We picked up this little beauty from Reddit.  The picture has over 200 comments and honestly I don’t think I can do this picture justice as well as some of the things people have been…

Are any of you familiar with the movie PCU?  I sure as hell hope so.  I for one think that it gave Animal House a serious run for its money.  I know that most people…