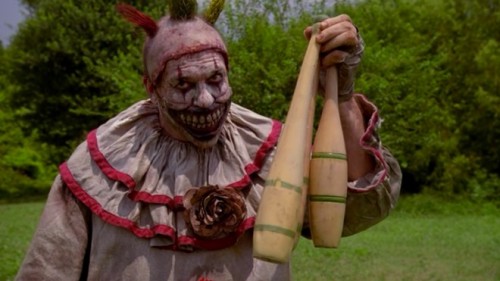 Tomorrow night is my favorite holiday, and very likely yours if you’re here. Most of the public may prefer Christmas for its crass commercialism and stable of timeless classic films and television specials or Thanksgiving for its epic mealtime, but Halloween is a holiday custom made for nerds. A whole day dedicated to cosplay, candy, horror, and evil music? Yes, please! It’s a time to celebrate all of the things we love with a sinister edge. Whereas the sights and sounds of Christmas very often reek of populist sentimentality and cynical modern cash-ins in the form of soulless Christmas albums and other forms of entertainment with a sheen of general cloying saccharinity, quality horror and everything that goes with it is something that never needs to be forced. Fear is with us everywhere we go all year ‘round and having one day to really celebrate it is a wonderful thing. But how to make the most of Halloween in 2014? I thought I’d share my experiences from this past month’s lead-up to October 31st and maybe give some of you some ideas about how best to pay homage to the spirits of the dead via geek-flavored entertainment new and old available this year. 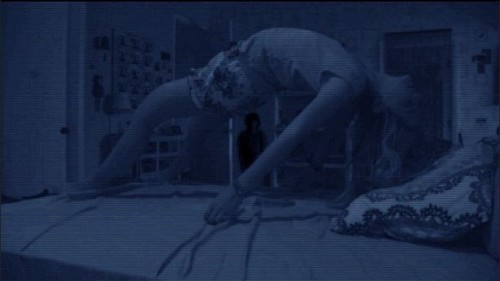 Naturally, its films that usually take center stage when you think about how best to spend All Hallow’s Eve when you aren’t wrangling kids and/or begging for candy. I haven’t had a chance to get to the theater, but Guillermo del Toro’s Dio de Muertos-themed Book of Life looks great and Ouija is currently topping the box office, although I will not vouch for its quality.

AMC usually leads the cable pack with Halloween and Friday the 13th marathons as well as a multitude of various other horror classics, but they have a history of censorship which is kind of a bummer. Plus, I hate commercials. IFC is sadly no longer commercial free, but at least you get the nasty stuff. They have had an impressive mix of old and new horror this week and are featuring a Saw marathon tonight while spending Halloween with the Jaws franchise and a few other classics including John Carpenter’s Halloween and Wes Craven’s Nightmare on Elm Street.

But this year, I recommend turning it to MGM, where they are hosting a marathon of films featuring my favorite horror legend Vincent Price, on October 31st and leaving it there. If you’ve got a taste for the old school style of horror, life doesn’t get much better than a Vincent Price film festival.

In the lead-up to Halloween, I decided to marathon the best horror franchise of the last ten years, Paranormal Activity. The first film was a bonafide phenomenon and triumph of low budget cinema, but subsequent years has seen the series’ star fade. I mean, there’s only so many times you can be scared by a person floating or a door shutting by itself.

But what I realized watching the films almost back to back is that it not only features one of the most interesting overarching narrative structures of any film franchise ever, but it may well be the only horror series aside from Romero’s Dead series to get five films in without becoming a complete joke. Nightmare on Elm Street didn’t even make it to two. The scares may not be what they used to be, but Paranormal Activity is still a great way to get in the mood for Halloween. 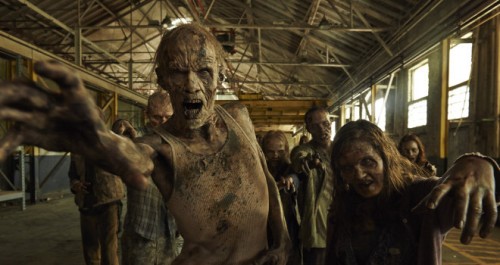 We are particularly blessed these days in terms of Halloween programming with American Horror Story bringing the October thunder like they always do. This season’s story, Freakshow, draws heavily from one of the most enduring horror classics of the 30’s, Todd Browning’s Freaks, and adds in the show’s trademark kookiness, peppering the tale with some really inspired and unexpected musical numbers and a killer clown that would make Pennywise run for the hills. You don’t get television like this anywhere else. Since the show started airing, it’s being reported in Central California that people are walking around town at night dressed as terrifying clowns. I kind of love that this is a thing.

Also there’s this thing called The Walking Dead that all the kids are watching; I don’t know, it’s something about dead people walking around eating everyone. AMC’s flagship show actually proved me wrong this month. In a previous article I called them out for not being dark enough to show the pivotal moment in the comic’s Fear the Hunters storyline and they went and rocked it. My words are usually delicious so I don’t mind eating them this once.

And do I even need to mention Treehouse of Horror? Talk all the shit you want about The Simpsons being past its prime, it’s still entertaining in its 26th season and all of them since the second have featured great horror/fantasy/sci-fi-themed episodes around Halloween. This year’s Treehouse featured an epic celebration of all things Stanley Kubrick based around A Clockwork Orange and a multiverse finale combining all iterations of the family in one shot, including Minion Simpsons, Lego Simpsons, Island of Dr. Moreau Simpsons, and even an anime Simpsons featuring them as characters from Adult Swim’s Toonami block (plus Pikachu Maggie). Still got it.

Speaking of Toonami, they are currently playing the brilliantly badass action-horror series Hellsing Ultimate, which has been a long time coming. The last two volumes just released in America on DVD (finally!) and the whole series will hopefully be available on Netflix soon as recent Toonami series usually are. This month also saw the DVD release of Showtime’s horror-themed Penny Dreadful, which is well worth your attention, if only for Eva Green’s bewitching smirk and Frankenstein’s monster done right. 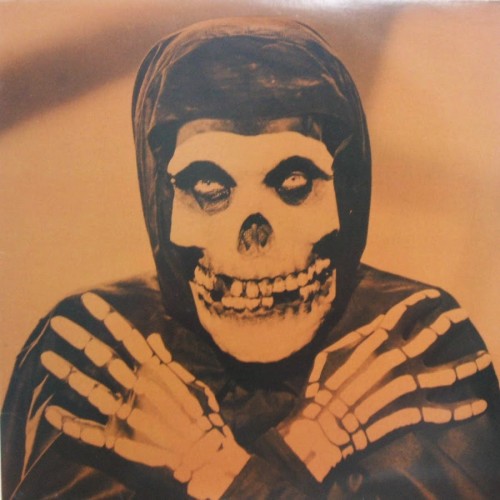 Even more than most things, music is extremely subject to individual tastes, but for the most part Halloween is when heavy music fans get their due. Any number of ghoulish black and death metal bands and masked performers like Slipknot are suitable for the occasion.  Year after year, the sounds of the season remain pretty constant. You can only listen to Monster Mash so many times in one night, you know? Let’s stick with the classics.

Obviously, Alice Cooper and Rob Zombie represent the biggest names in Halloween-themed music when it comes to mainstream success and frankly any of their albums are suitable listening to set a proper mood. Welcome to My Nightmare and Astro-Creep 2000 arguably representing the best of each, respectively.

Between Cooper’s classic rock and Zombie’s industrial-tinged thrash there lies my favorite Halloween-themed band, the Misfits. Early punk rock that brings to mind the Ramones with twisted lyrics and strangely tuneful hooks (frontman Glenn Danzig is often referred to as “the satanic Elvis”) that embody both the horror filmographies they draw inspiration from and the raw aggression and defiance of punk attitude; who could argue? Plus, they actually released a song called Halloween (and a sequel, of course). Both of their Collection anthologies are musts, but their box set is the best buy to get all the goods. 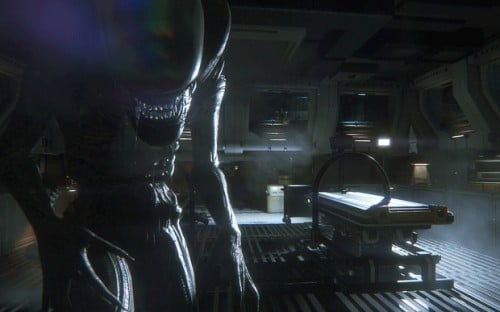 Horror games have enjoyed a bit of a resurgence on the indie scene in recent years with titles like Slender and Five Nights at Freddy’s grabbing headlines with their low budget creepiness. Now the big boys are back and they want their slice, with Resident Evil 4 director Shinji Mikami back at it with The Evil Within and somebody FINALLY giving Ridley Scott’s sci-fi/horror masterpiece its video game due with Alien: Isolation.

But if you’re broke like me, Halloween is a great time to catch up on horror classics from the older days as both Xbox Live and PlayStation Network typically have loads of sales all through October featuring every zombie game ever, most Resident Evil games, and various other creepy titles that can be associated with Halloween like the endless Shin Megami Tensei series of RPGs. Many of these can be downloaded for well under ten bucks and occasionally less than five.

This year I finally played through Resident Evil 4 and was not disappointed, but I just played Fatal Frame 3: The Tormented and discovered that awkward gameplay from ten years ago equals damn near unplayable game today. Great freakin’ atmosphere and visuals, but when you can’t even properly move around a room, much less fight a teleporting ghost who attacks through walls in an environment that is mostly walls while switching between awkward third-person and first person views with attacks that require you to track what’s on the other side of the walls, the creepiness is overpowered by sheer frustration and comes to naught.

Thankfully, I managed to procure a gift card that allowed me to get Alien: Isolation just in time to wash the taste of outdated gameplay from my mouth and bring the scares in time for Halloween. The original film relied heavily on a haunted house atmosphere, replacing angry spirit with the perfect extraterrestrial stealth predator. A game that manages to accomplish the same thing? Yes, please. But if you go that route, be prepared to die. Lots. 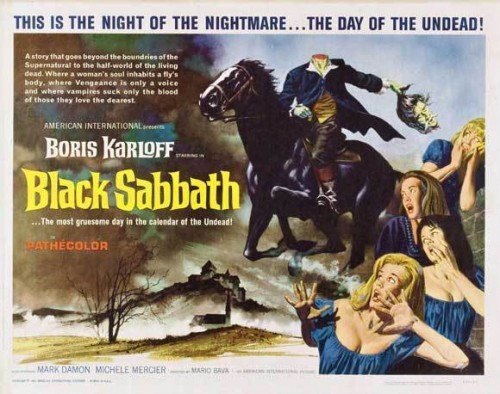 Yes, Netflix is its own genre of entertainment now; derivative, but essential, and it’s brimming over with Halloween spirit. Currently available shows that would make a perfect Halloween bingefest are full seasons of the aforementioned American Horror Story and The Walking Dead, plus Supernatural. Anime series like Soul Eater and Blue Exorcist could make for a fun time as well if you’d rather keep the tone light and try something different.

Classic films like Fright Night, Hellraiser, Rosemary’s Baby, Re-Animator, and the incomparable original Night of the Living Dead are there for you as well as under-rated personal Halloween favorites like Count Yorga, Satan’s Little Helper, Night Watch, Shadow of the Vampire and the best horror anthology ever made, Mario Bava’s Black Sabbath –which tops my list of Halloween films to get your creep on with- are all highly recommended.

Modern classics like Cabin in the Woods, Let the Right One In, The Blair Witch Project, Ju-on (which gets my vote for scariest ghost film ever), and the French zombie action spectacular The Horde are all must-sees if you haven’t. But if you’re in the mood for some cheese, there’s plenty of MST3K, Leprechaun, Dario Argento’s Dracula (he morphs into a praying mantis), and an extremely large library of questionable-looking low budget fare that I haven’t watched if you’re feeling brave.

As you can see, there’s more than enough action across all avenues of entertainment to feed your inner demons until they pop during this and every Halloween season. So be sure to leave plenty of time between costume-shopping, pumpkin carving, neighbor pranking, and door-to-door panhandling under threat of prank to partake in the geekiest holiday of them all. Revisit old favorites, try something new and scary, and –as a friend of mine used to say- remember to always keep your horror fictional. Have a safe and happy Halloween, everyone.