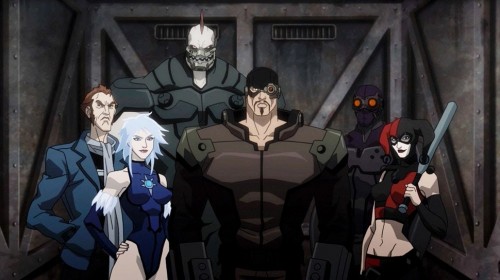 I’m sure everyone’s aware by now that DC puts out excellent animated straight-to-DVD films on the regular, and I’m assuming you’ve watched every last one. Why wouldn’t you? They’re awesome. Go do that if you haven’t. Wikipedia’s count is twenty one of these gems –twenty five if you count the Batman: The Animated Series features- without a genuine stinker among them. That’s an exceptional accomplishment any way you look at it.

So by now the big question is which one is your favorite? I was noticing a slight downturn in quality in the recent films. Justice League: War kicked off DC’s New 52 in the animated realm and left a bad taste in my mouth with its meatheaded Superman, comedically naïve Wonder Woman, and Michael Bay take on Darkseid. Son of Batman wasn’t really my cup of tea either. Neither film were terrible, but I just am not a fan of those storylines or the way they were handled.

I wasn’t expecting too much from Batman: Assault on Arkham, but any trip to the fictional sanitarium is one worth taking and who doesn’t love the concept of the Suicide Squad? Not only did this film -which takes place in the universe of the beloved Arkham video game series and follows the exploits of a team of villains- kick every kind of ass, but it may actually be my favorite out of all of DC’s current run of animated films. Score one for the bad guys. 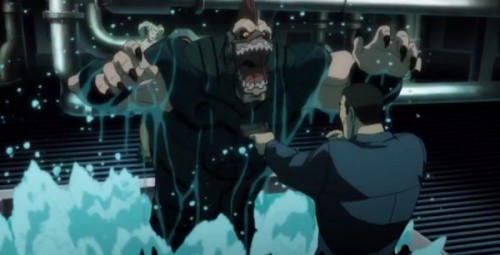 This story just kind of sneaks up on you like AAAAAAAMAGAAAAWWWD!!!!!

Okay, first thing’s first: this film is not for your little ones. There’s sex, violence, and cursing that pushes the PG-13 rating as close to an R as possible and I’m surprised they got away with it. It’s got even more adult content than The Dark Knight Returns, and that one had a woman with only swastikas covering her breasts, so be warned.

Batman: Assault on Arkham is actually a bit of a misnomer. The Caped Crusader only fills a supporting role in this story with the spotlight resting squarely on Task Force X, better known as the Suicide Squad. They are a group of villains who are captured by Amanda Waller’s Agency and implanted with bombs that she can detonate at will. The Squad’s mission is whatever the hell “The Wall” wants, which is usually some sort of shady doings done in the name of national security. Failure to comply with orders means head go boom. Complying probably means you’ll get killed anyways since villains are chosen for these impossible missions because nobody will miss them.

The Suicide Squad has been getting a lot of love lately. They’re featured prominently in the New 52 line-up in comics, in the CW’s Arrow, and were suggested in the post-credits scene for the video game Batman: Arkham Origins. I was expecting the follow-up to be in video game form, but what we got was this film, and who could argue? Well, I could, seeing that Assault does a lot of things different the Arkham games, like using more traditional looks for several of the characters as opposed to the video games’ edgier approach. 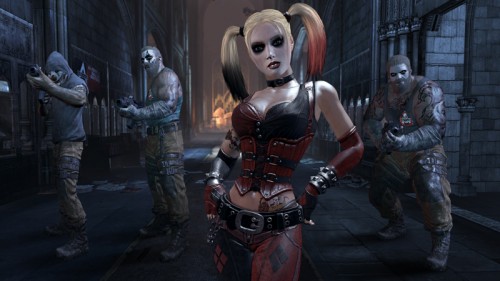 Speaking of which, has it really been more than twenty years since Harley Quinn entered our lives? Damn, I’m old. Fans of Dr. Quinzell will be served here with possibly the best iteration of the character to date. Hynden Walch’s take on Harley flawlessly embodies the lovably giddy Joisey goil persona Arleen Sorkin used to create her and coupled with the twisted storytelling at play it’s just a perfect fit.

The cast also includes the indisputable Kevin Conroy as Batman, Troy Baker doing an amazing job filling Mark Hammil’s massive shoes as the Joker, and other voiceover pros like Jennifer Hale, John DiMaggio, and Nolan North. No complaints to be had.

What really makes Assault such a treat is how completely unexpected it is. I was afraid that DC had abandoned the old universe in favor of going all New 52 all the time, but for all intents and purposes, this is classic DC. The story does not mess around; there are multiple deaths among the cast, and a sexual tryst between squadmates that I did not see happening. The story did an excellent job of misdirecting and surprising me, even when I should have seen some things coming. Furthermore, the choice of characters was really interesting, as was the way they played off of each other. 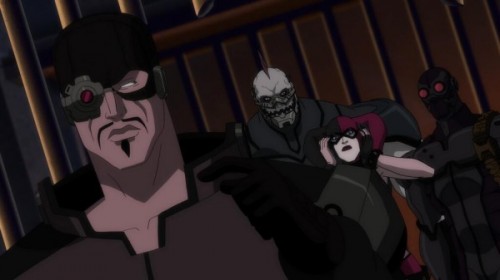 Most of all, I would not expect a character like Deadshot to get a showcase like this. As the leader of the Squad, Floyd Lawton is tasked with holding together a group of maniacs who don’t really do well with taking orders while simultaneously trying to find a way to outwit Waller and gain his own freedom. He ends up as the focal point and even gets the spotlight during the climax in a killer one-on-one duel I’d never have expected to see. It’s great to see him portrayed as more than just a bad guy who shoots stuff good.

King Shark is a terrible character. There, I said it. I love sharks like way more than anybody should love sharks, but making a villain that is just a shark with a human body is flat out lazy. Even when Gail Simone put him in the Secret Six, his primary function was shouting “I’m a SHARK!” at people for laughs. He even sang a song about it. That’s just all there is to say about him. He’s a shark. The king of sharks, perhaps. In this one, he was given a redesign that’s derivative of Killer Croc but with a metal mouth that was kind of cool. It’s definitely an improvement over making him a literal shark.

Captain Boomerang is another silly villain, but one who has seen a recent uptick in popularity lately. He serves as a rival for Deadshot since they are both marksmen of sorts for another good bit of intra-team tension. Murderous ice queen Killer Frost and ninja Black Spider round out the main Squad and are both interesting additions as well. And let’s not forget where this story takes place. So on top of our non-heroic protagonists (anti-villains?) we get the usual suspects like Bane, Riddler, Joker, Two Face, and Poison Ivy as well. They even managed to fit Victor Zsasz in. This thing is a trip around the world of DC villains in 80 minutes. 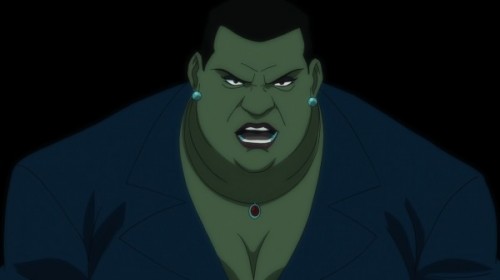 And now let’s get back to the ringleader a minute. Amanda Waller is the one in control and she’s back in her classic form. Since the New 52, she’s been slimmed down from her massive “Queenpin” look to something a lot more sexy and a lot less intimidating. As much as I likey the pretty ladies, I’ve always maintained that this was terrible move. The Wall’s physical appearance was part of her character. This is a woman who simply did not give a shit, and her weight reflected that. A massive pragmatic no-nonsense black woman who thinks Batman is a punk and isn’t afraid to say it. That’s Amanda Waller. It was good to have her back, if just for one more story.

Assault on Arkham is a great example of an original tale in a line-up of animated films that has leaned very heavily towards adapting stories from the comics. It’s both a good way for newcomers to get to know some of the B and C-list character in the DC Universe and for comic fans to get some of that old time DC flavor back with some new twists. The adult approach is appreciated, and so is the deviation from the usual “Batman pwns everyone and everything” storytelling. It’s nice to be reminded that as great a character as Batman is, his villains are even cooler.