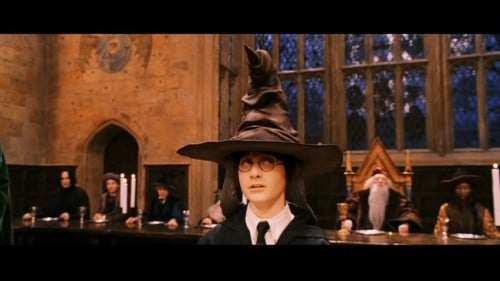 Grab your Time-Turners, Unrealtors, this edition of Assorted Hats is going back to the Swinging Sixties to sort the ladies and gents we all love to call the Mad Men. They came up with the nickname. We’ll be dividing four of the leads from AMC’s hit series into the four houses of Hogwarts, and while the argument could be made that all belong in Slytherin well…you’re right…but…whatever. Imperio! Read on! 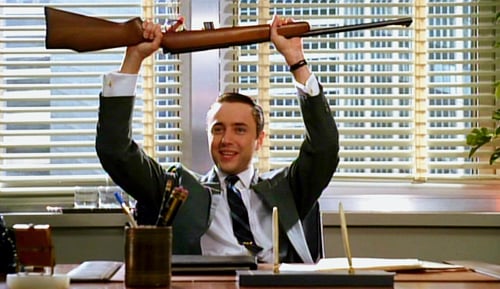 Years after being a mastermind, seasons past whining and crying as Angel Jr., Vincent Kartheiser found himself trading stakes for suits as always put-out pointman Pete Campbell.

Historically, Pete has shown himself to be a short-tempered, perennially rain-clouded businessman. Every big deal has always come complete with small sinkholes. From marriage to Madison Avenue, Pete has always found it difficult to find a foothold, and often slips right back to the bottom. He has showcased ruthlessness, selfishness (and on this show that’s saying something), and almost sociopathic behavior throughout his tenure at Sterling Cooper Draper Pryce and so many more Partners.

While there isn’t anyone who would call Petey a sweetie, there is one unwavering characteristic that he has held true to despite it all (and it has been a lot): loyalty. Despite multiple servings of humble pie and being bypassed more than a highway exit with a missing sign, Pete Campbell is a company man through and through. Where others would pack their bags, Pete tends to his roots.

Blame it on his upper-crust NYC WASP upbringing, Pete understands the price of paying your dues.  He’s the very definition of loyal to a fault and while no one at SCDPLMNOP may thank him for it, it doesn’t matter. That’s not why the truly loyal do it.

Where else could he go? 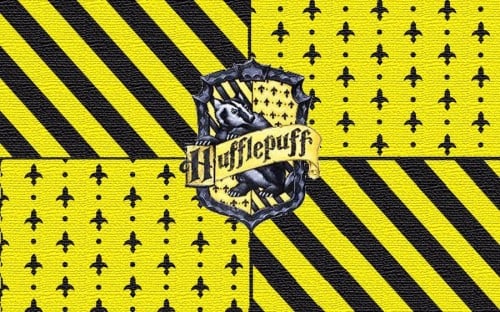 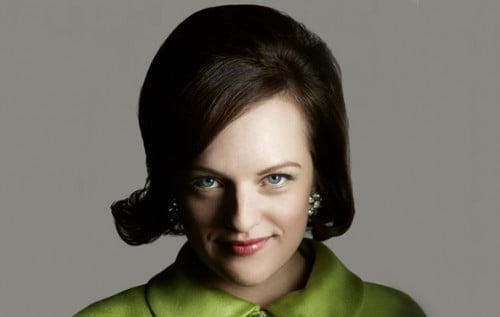 A secretary one day, one basket of kisses later and Peggy Olson was Mad Men’s first Mad Woman.  The best example of the societal evolution America underwent throughout this tumultuous decade, Peggy has always been our most direct conduit to the shifting landscape that was American philosophy. For better, and, often, for worse.

Peggy has always been a driven, fearless competitor in the game of thrones that was advertising in America, and few could argue against her intelligence, nerve, and talent. Of all the Mad Men and Women, Peggy has shown herself to be the biggest jack of all trades, swimming her way out of the secretary pool and into the meeting room.

But with all great wisdom, there is always a price to pay, and Peggy has done so with interest. To survive a cutthroat world, one must cut throats, and Peggy has shed buckets of metaphoric blood…and real blood what with that one time she stabbed a dude.

Peggy is hungry and doesn’t let little things like emotions or gender stand in her way. She’ll throw everyone and anyone under the bus, even the man who gave her the key to the castle: Don. Don’t take it personally, it’s just business.

And let’s never forget that. While most behavior on this program is fairly reprehensible, special allowances should be made when it comes to getting the account. It’s business, folks, and while it ain’t always pretty, it’s definitely defined. You gotta earn it to earn it, and Peggy knows this better than most. 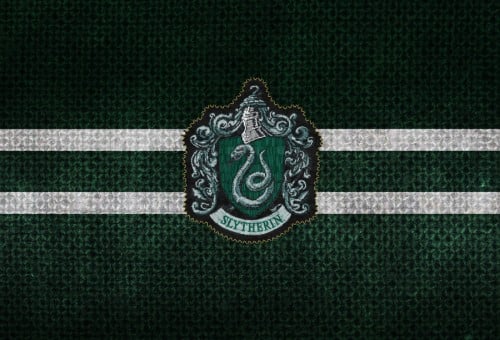 I’m always compelled to say this, but Slytherins aren’t inherently bad. They just value qualities that some might see as disagreeable. The house that Ayn Rand would’ve been sorted into, Slytherin is home to clever, crafty, and quick-thinking witches and wizards where ability is celebrated and the best truly prevail. While we never got into the ins and outs of the corporate wizarding world, I’ll guarantee you the CEOs of Nimbus and Bertie Botts wear silver and green.

Peggy knew the only way to the top was by climbing there herself. And whether you like it or not, she made it and is enjoying the view. 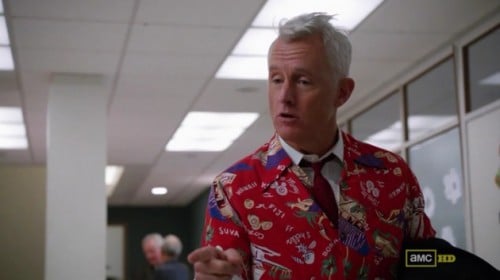 In conversation I’ve mentioned that I think Roger Sterling is actually the most moral of all the characters on Mad Men despite the fact that his actions are, arguably, the most reprehensible. The difference: honesty. Roger is upfront with his bad behavior, never making excuses (Don), never pretending it just didn’t happen (Peggy), and never getting any better (um…Sally?). There’s a refreshing aspect to Roger’s okayness with being an asshole, and that’s probably why we love him so much.

It takes a certain kind of nerve in just being you, especially in a world so awash with disguise and misdirection. It’s bold, it’s brash, it’s Roger Sterling through and through. He drinks because it feels good.  He tries to make his psychiatrist laugh. He openly admits that there isn’t a single locked door in the world where money won’t fit in the keyhole. You could (and probably should) call that recklessness. Another word for that? Bravery. 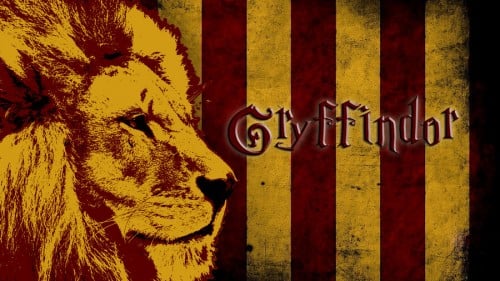 It takes balls to be a piece of shit out in the open for everyone to smell, and Roger has no problem sharing the stink. When tobacco was revealed to cause cancer, Roger stood by his poisonous partner and continued to shill the death sticks. He tells it like it is, will get down in the dirt, and will always gamble it all. Eventually it will come up snake eyes and no amount of booze, LSD, or curvy redheads will pull him out of that pit, but until then, he can hang out in the tower common room. 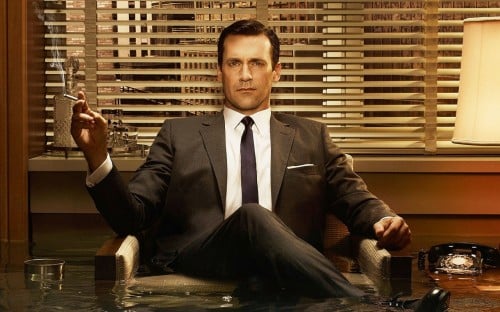 The Don of SCDP. The most prime piece of horseflesh in Manhattan. The greatest product Dick Whitman ever sold. There are as many slogans for Don Draper as there are in the many posters and products Don sold across the country as advertising’s greatest gunslinger. There’s no one else like him…and that’s probably a good thing.

Defend him all you want (AND I HAVE!), Don is an unrepentant adulterer, alcoholic, identity thief, and overall unsavory salesman. Between Tony Soprano, Walter White, and Don Draper, there is a continuing thread of villainous protagonists in acclaimed television that we can’t seem to shake, but if they’re as handsome as Donald here, we don’t mind. Women want him. Men want to be him. He’s a sportscar in a suit.

Like I said, all of Mad Men could find a happy home in Slytherin, and Don is no exception. But while Don CERTAINLY exhibits ALL of the Slytherin traits, what got him to the top wasn’t his ability to manipulate the pawns, it was knowing the game. Don’s outsider-looking-in perspective, arguably obtained during a violent and abusive childhood, enabled him to see the code of the Matrix and understand what people really wanted. Or at least what they thought they really wanted. Either way, he’ll find a way to sell it to you. Pete has persistence, Peggy wits, and Roger gumption, but Don trumps them all. Don has the most precious gift of all: understanding. 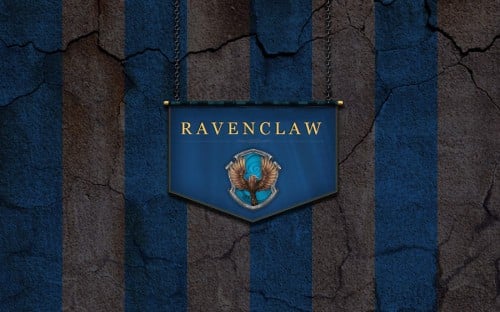 Don values knowledge above all. He knows that the true power of wiggling your way into someone’s mind and the treasures you can plunder, be that behind boardroom or bedroom doors. Dick Whitman found a way to transform his laser-focused powers of observation into a multi-million dollar deal making superstar Don Draper.  It doesn’t hurt to be handsome, but Don’s most impressive organ is definitely his brain. 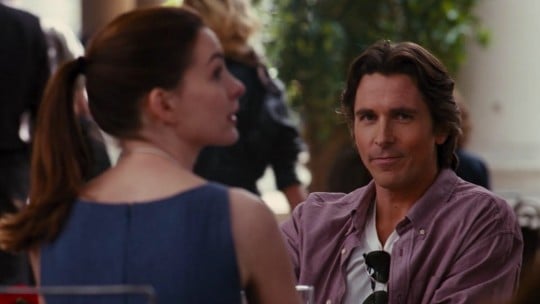 Death is something that’s ever-present in our lives, but nobody likes to talk about it in real life. That’s why we have fiction. It’s kind of ironic that so many of us spend our finite…

There’s a big part of me that didn’t even want to share these pictures.  And I’ll give you two reasons why.  The first one is a question.  Ever see an athlete on TV and you’ve…

(click to enlarge) Yes, Eric Cartman may have demonized them to the point where that’s all we remember when we hear the word “Ginger,” but someone made this rather cool image showcasing some of the…

httpv://www.youtube.com/watch?v=clnozSXyF4k One of our favorite readers, Lagrange, sent this in last night, and it was a lot damn cooler than I thought it would be so I’m posting it up for all of you to…

(click to enlarge) Artist Isaiah Stephens has just finished up a rather fun series that imagines what the casts of various ’90s cartoons might look like if they were older and living in 2014….

(Quick note: If you have not seen this film, don’t read this piece, unless you want one of the best “horror” movies of the last decade ruined) Cabin in the Woods was such a damn…