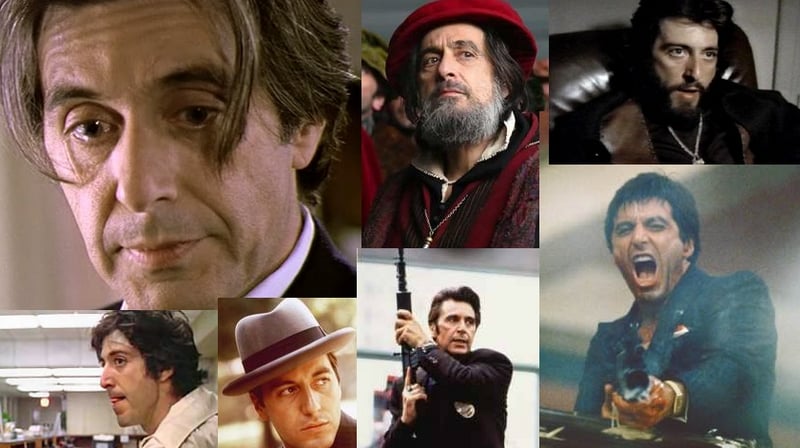 I think we can all agree that Al Pacino has a reputation for being a yeller on film.  But when did this reputation become so in tact?  At what point were all the comedians imitating his on screen outbursts?  When can we conclusively say that if you’re a director and you want to hire a guy who screams a lot that you call Al Pacino?  In fact there’s even an article that teaches you how to yell like Pacino!

Granted Pacino yelled in his early days,  I don’t think he really developed his signature “almost to be made fun of” yelling style until Scent of a Woman (some may argue Dick Tracy which is valid).  However I think that Sea of Love and Glengarry Glen Ross really began this train of “automatic” outbursts on film.  But then something really weird started happening to his “s” pronunciation as he got much older.  And now he just sounds strange.  It’s like he’s impersonating himself.

The proof is in Two for the Money and Ocean’s Thirteen and it’s very disturbing.  There’s also hints of it in The Insider (where I think the “s” stuff originated).  In any event, here is a compilation of videos that display how Pacino’s voice has developed over the years.  It’s truly remarkable.

A young, soft sounding Pacino.  We sure as hell don’t notice that yelling nature this early in his career.  Just a calm natured guy.  No yelling.  Boo.

It’s high pitched but it just isn’t quite “hoo hah” now is it?

Here’s the crazy yelling baby!  It might be just one line but man that’s a taste of the future right there.

Pick a scene, any scene.  Still though, the voice is kind of high.  And here’s where we take the turn…

1989 baby.  This is when Pacino started to get a little older and that voice became even more dominant.  And wait until we get to Scent of a Woman but not before….

This is the real start.  Then comes one more before Scent of a woman.

Scent of a Woman

This is a weird version with sound effects but damnet if Pacino isn’t 100% Pacino right here.

Pacino is just full blown yelling machine at this point in his career.

Any Give Sunday – Peace by Inches

One of the better sports movie speeches.  But still, listen to that “s.”  Even his “p’s” have something strange to them as compared to his early days.

Two for the Money

It’s almost as if he was Al Pacino impersonation Al Pacino at this point.   This is pretty much embarrassing.

* I refuse to show anything from Righteous Kill