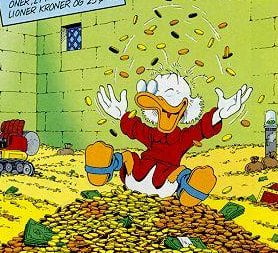 I’ve heard this question touched on briefly in the past, but someone on a Steam forum logic-ed it all out for me in a very coherent fashion. Read through and tell me if you have an adequate explanation as to why this continues to happen:

“Can somebody please explain to me how charging $50 for a videogame is still feasible?

Before I start this rant let’s all rewind about 2 decades: The standard MSRP price of an NES game at release is roughly $60 to $80. This makes sense because the market is still somewhat niche, and all those talented software engineers have to pay off their student loans somehow. Also, this has to make up for the overhead of producing the actual cartridges which then was exponentially more expensive to produce plastic encased circuit boards than it is today to produce disks, or in the case of Steam digital distribution, bandwidth/server costs.

Now let’s return to the present. Grand Theft Auto IV tops every single box office smash of 2008. $400 million its first week, and currently surpassing billions in sales. 2008’s box office smash “Iron Man” grosses $318 million in total, roughly 75% of GTA IV’s first week sales. The budget for the GTA IV was $100 million, while Iron Man cost an extra 50% to make at ~$150 mil. What we can tell from these figures is that though comparing the top grossing products for 2008 don’t make an entirely comprehensive and conclusive statement about the respective markets’ relation to one-another, it does suggest that they’re becoming equivocal. At least I know far more people who own videogaming paraphernalia than a blu-ray player

GTA IV, 9 months after release, still costs $50 over steam, a medium in which there are absolutely no shipping or factory costs to distribute.

The enormous markup on videogames is no longer relevant, especially with the quality of them turning the way of hollywood with an emphasis on aesthetics over depth (but that’s round-robin argument for another time).”

It is kind of a puzzling mystery no? I think it’s most due to the fact that they charge $60 because they can. They’ve been doing it for so long, why would they knock down prices if they’re still pulling in $400M weekly hauls for new releases? It’s partly some form of collusion as well, because if PS3 knocked their prices of titles in half, I bet it would lure some people away from Nintendo and Microsoft, but not enough to make the price cut economically feasible.

The high prices of games is a deterrent to a young gamer like myself. I’d love to play (and review) every title that comes out, but my only options to do so are:

B) Sign up for Gamefly and hope they can succesfully deliver the game to me by the time it’s still relevant.

C) Buy, beat, then return to Gamestop for half price, cross fingers no good DLC comes out (the current philosophy). **** I need Fallout 3 back.

I feel that a price cut would drastically reduce the resale of games to places like Gamestop, something that video game companies keep bitching about because they get no money for it. If I buy a game for $60 and sell it back, then another kid buys that copy and does the same thing, then another kid buys the same resold game again, I gave the company $60, initially, but the company is out $120 extra. If prices were cut in half, the company would have made at least $90 selling three new games. See?

That’s the most math I’ve done since college. Let me hear your own thoughts on the matter.

Yesterday marked the release of Mega Man 10 for WiiWare; there are scheduled releases for the PlayStation Network and Xbox Live Arcade to follow a little later in the month.  Like Mega Man 9, this…

Continued from Chapter 3: Apotheosis God bless the hipsters and everything they stand for! The hipsters brought back vinyl for the masses. Back when it was super cool to steal full albums from Napster, Limewire,…

My video game life is quite interesting these days. Usually, I’m playing whatever new release is out rather quickly in order to write a timely review about it. It’s still fun that way, but hardly…

httpv://www.youtube.com/watch?v=KLoBXRPR3MA It’s rather ironic to me that the game with probably the single best character creator out there right now is for a game where you don’t even SEE your character 99.9% of the time…. 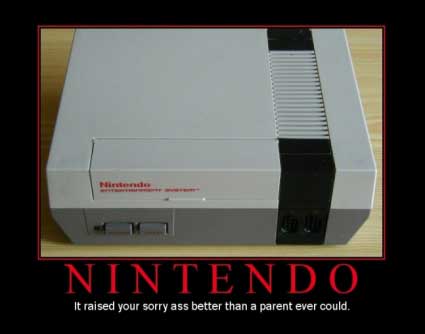 I don’t know about you guys but I’m a pretty big fan of the Demotivational Poster.  Don’t get me wrong, I think it’s a relatively saturated market at this point.  However, new and great ones…

Dear Water Level: I wish I could say “it’s not you, it’s me,” but that would be a lie. It’s you. It’s totally you. I’ll be the first to admit, I should have known better….