Tom Wilikinson was nominated for Best Supporting Actor for his role of Arthur Edens, and he probably would have won if it wasn’t for Javier Bardem’s awesome performance in No Country For Old Men.  I couldn’t find the clip of Wilkinson spazzing out and undressing during a pivotal deposition, so for better or for worse (you be the judge), I posted a clip of the same scene, just reenacted by a dude from the Jimmy Kimmel show.  Hey, at least it’s entertaining.

There’s a clip in PCU where Andrews’ spaz-out comes completely out of nowhere and on a scale from 1-10 is a solid 14.  It’s a scene of a memory he has of then roommate David Spade.  “Total nightmare man.”  The best part of the clip comes when Piven clearly slips and falls while going insane from being drunk.  Unfortunately that clip has been taken down by Youtube in the past 24 hours but this one is damned good too.  And it’s kind of a spaz out.

Teddy Duchamp – Stand By Me

Young Corey Feldman played Teddy Duchamp in Stand By Me, the most unstable of the four main boys.  So, it shouldn’t be a surprise that if someone was going to spaz, it would be Teddy.  Seems that calling his father a loon is the simplist way to witness a bona fide spaz-out.  Teddy really loses his sh*t right around the three-minute mark.

The pressure of not being able to locate his bike has gotten the best of Pee-wee, so much so that he lashes out at his friends and temporarily loses his mind.  This is probably my favorite scene that doesn’t involve Francis.  Is there something you could share with the rest of us, Amazing Larry?!?!!?

If you’re anything like me, Spectre was one of the most anticipated movies of the year for you, up there with Age of Ultron and The Force Awakens.  It came hot off of the heels of arguably…

Are you a female sci-fi fan looking for the weirdest possible fashion accessory you can buy? Well, let me introduce you to the Facehugger Corset from Rage Custom Creations. Yes, the creature may have gotten…

What. You know, after reading all these books three times, and seeing every movie, you would think I could have figured this out on my own, but alas, this is the first I’ve heard of… 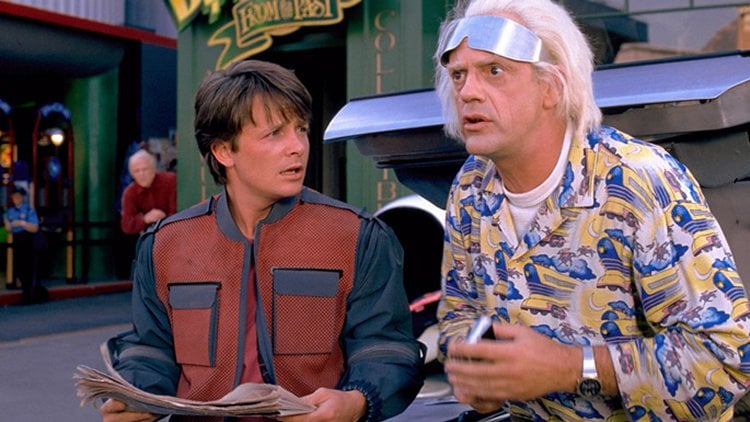 Ever since the clock struck 12 and 2015 has arrived, people have been talking about Back to the Future II.  Why?  Because their future world was set in…you guessed it….2015.  But how much of what…

I hate writing movie reviews sometimes. I’m not quite sure why anyone would read them ahead of seeing a movie other than a simple “yes see it” or “no don’t,” because they just give you…

Now, I’ve featured a few artists renditions of badass Woody and Buzz from Toy Story before, and as cool as those were, they weren’t actual, physical TOYS. But now things have been taken to a…