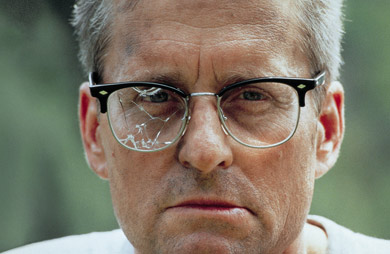 There’s nothing better than bearing witness to a complete and utter spaz-out.  I’m not talking about a pump-up speech, getting fired up for a fight, or even someone acting a little bit crazy, though.  By spaz-out, I mean somone just seeing red and losing their sh*t, resulting in a scene that if you were present, you’d be sure to run and tell your friends.  Pointing out and celebrating spaz-outs is generally frowned upon, however, and the term”insensitive” has been thrown at me on numerous occassions.  Luckily for me (and you), we can enjoy spaz-outs in the movies without dealing with real life repercussions.  After the jump, enjoy a collection of eight great movie spaz-outs (WARNING: some clips NSFW):

Jerry tells his firm that he’s not going to flip out, but that’s precisely what he does.  This scene isn’t as shocking as it used to be, and I think that’s because of a rare but memorable case of life imitating art.  Of course, you know to what I’m referring: the infamous Oprah appearance.

Howard Beale is mad as hell, and he’s not going to take it anymore.  This is perhaps the most memorable spaz-out in film history, as Beale – a fired network news anchor – claims that he will commit suicide during a live broadcast.  This awesome spaz-out helped Peter Finch win an Academy Award for Best Actor.

Falling Down can be considered one gigantic spaz-out, I suppose, but the best spaz-out comes during the scene in the fast food restaurant.  I can sympathize with Foster during this scene; there’s many, many times where I’ve wanted to use a gun to deal with the people taking my order.

Coked out and on the decline, Dirk Diggler spazzes like a mofo and tells Jack that he’s ready to shoot.  There’s some very quotable and NSFW language in the above clip, so beware and enjoy. OK so we don’t have that clip but come on!  This is awesome anyway.