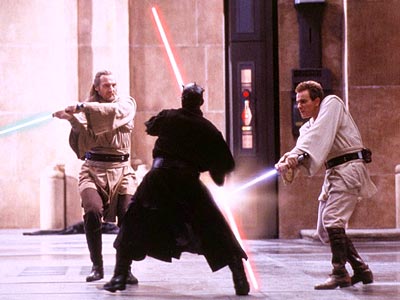 It seems as though for every good movie, there are at least a dozen terrible ones.  It’s pretty sad that nowadays, if you leave the theater and really enjoyed what you just sat through for the past two hours or so, it’s surprising.  What’s even more frustrating is that during a viewing of one of these terrible movies, you’ll watch a scene and think to yourself, “wow, that was actually pretty cool.  If only the rest of the movie could have been this enjoyable.”  It’s frustrating, in a sense, but at least the movie had some redeeming value.  Do you know what I mean?  If not, then the video clips after the jump should help.  Enjoy five great scenes from five otherwise terrible movies.

Richard Kelly’s follow-up to Donnie Darko was ambitious, but that’s really the only good thing you can say about it.  Calling Southland Tales a train wreck would be like calling the sinking of the Titanic as a boat crash.  It was horribly miscast, had inconsistent tones (hard science fiction and black comedy just don’t mix), and a story that was so absurd it bordered on insane.  One scene, however, stood out from the rest as particularly memorable: Justin Timberlake plays an Iraq war veteran who uses a drug called “liquid karma.”  Apparently, liquid karma enables the user to speak to God.  What exactly does that mean?  The above scene, featuring a track from The Killers, helps to illustrate.

Aside from Dazed and Confused and The Fifth Element,  it’s pretty much a given that any movie with Milla Jovovich is going to stink.  Ultraviolet is no exception.  It’s a movie about some sort of vampires-but-not-really-vampires, the weirdo creepy kid from X-Men 3 and Running Scared, and a lot of flashy nonsense.  That’s the best I can do at explaining.  Anyway, Violet (Jovovich) has a plethora of guns and gadgets at her disposal, and one such gadget is able to somehow “shift” the pull of gravity.  It’s a cool concept and actually excecuted quite well, as seen in the above clip.

I shouldn’t have to explain why The Phantom Menace was so terrible.  Just mentioning Jar-Jar Binks and a young Anakin Skywalker should be enough.  It’s one thing to not compare to Episodes IV-VI, but to suck as hard as Menace did is simply inexcusable.  One thing that didn’t suck, though, was Ray Park’s Darth Maul.  He was a bad ass sith wielding a very sweet variation on the classic lightsaber, and it’s a damn shame he didn’t survive long enough to appear in the sequels.  Thankfully, even in a Star Wars movie this crappy, we still got a great lightsaber fight.  I love when Darth Maul, temporarily blocked from Qui-Gon by the force field, paces back and forth, staring at him like an animal.

Eurotrip probably isn’t as awful as the rest of the movies in this article, but it’s a mostly bland, generic comedy that offers nothing we haven’t seen before.  Even the title is somewhat generic. It’s probably worth sitting through, though, just because of the concert scene at the end.  Matt Damon looks the part as a punk rocker, and his mannerisms and ridiculous antics help sell the idea, too.  In fact, I’ve spoken to people who didn’t even realize it was him.

By the time the third American Pie movie had come out,  we had seen pretty much all that Jim, the flute girl, and Stiffler had to offer.  Stiffler had become incredibly predictable and one-dimensional, more of a caricature than a character.  Predictability is just about the worst sort of affliction from which a comedy can suffer, so American Wedding was a huge disappointment.  There was one scene, though, that really cracked me up – and it wasn’t the Stiffler dance-off scene, either.  It was when Stiffler picked up a fresh, steamy turd and, in an attempt to cover his own ass, plopped it into his mouth.  I distinctly remember – and I’m not joking – a girl sitting in front of me in the theater getting up to run to the bathroom and vomit.  Well done, Stiffler.

Any movies you guys think are terrible but happen to contain a scene you think is great?  Let me know. 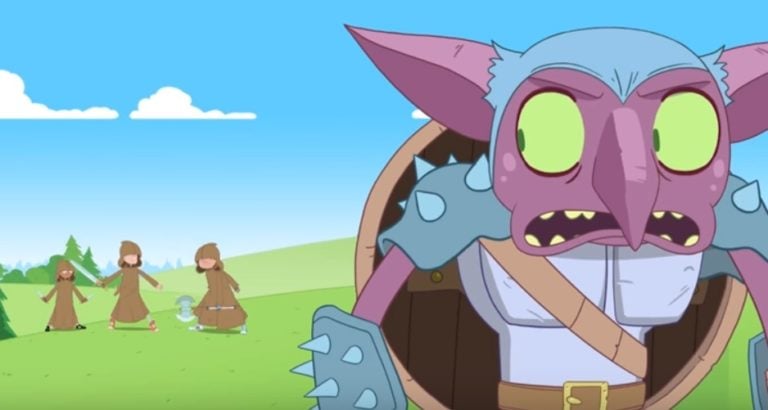