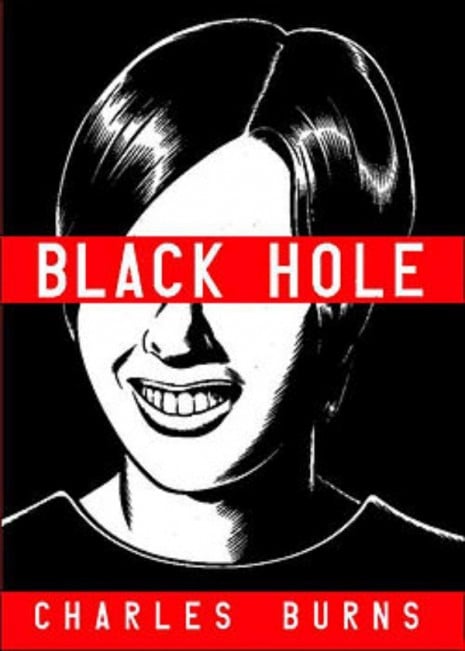 Every time I find a list about “must read graphic novels” online, they always have the same books on every list. They always shill for Watchmen. Then they get poignant by telling you to read Maus. Killing Joke is often name dropped as the seminal Batman story. And usually as a nod to the amazing Alex Ross’ art,  Kingdom Come  gets a spot. Though the last two spots of the lists always seem to vary between websites and journalists.

Some say Persepolis for its unflinching honesty, while others claim From Hell, for its period piece storytelling, augmented by moments of sheer brutality. And while every one of the above mentioned graphic novels are truly astounding in their own, distinctive ways, this time around, I chose to tackle a list that would focus on some lesser known graphic novels that maybe have not gotten the love or attention they deserve. It was not until I had finished compiling this list, that I realized how truly twisted I was. Just so you guys know,  these are not your typical superhero books. These are far more twisted tales, but compelling reads for just that reason. Here are five graphic novels you guys (and gals) need to read.

Wormwood: Gentleman Corpse Volume 2: It Only Hurts When I Pee. by Ben Templesmith

First things first, Ben Templesmith is a frigging comic book genius. From his stunning and stylish artwork, to his wonderfully dark and humorous writing style, there is little you can pick up from the man that does not immediately impress. And when thinking of which Ben story I like the most, I cannot deny my love for the Wormwood character. I just think a perfect balance between fun, twisted, sexual, and bizarre.

It also doesn’t hurt that Templesmith is one of the nicest guys in the world, which makes all the surrealism of these stories seem even stranger, when you know they came form this soft spoken gentleman.

Now I realize that some people may find it strange for me to want to introduce them to a series in a second volume, as oppose to a first, as I am doing here. And I can understand that opposition, but let me explain why I went this route. It is the second volume in this amazing series that launches out of the stratosphere for pure, unbridled insanity. The flow of the writing and art finds its pacing in this book, and then never looks back. 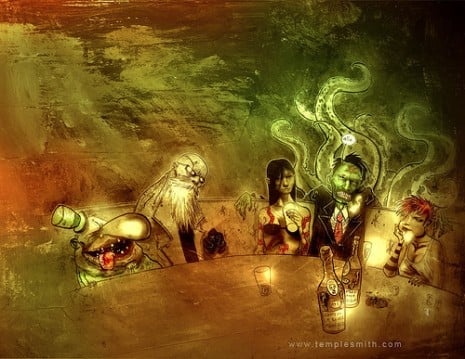 Templesmith’s art style is second to none. Oh, and drunken leprechauns for the win.

All you need to know about this book is Wormwood is a worm, who goes from dead body to dead body, possessing them. And rather than ruin this amazing book for you guys, I am simple going to tell you a a few points of the story, just to whet your appetite and ensure that you feel obligated to pick up this book, which you will after you read these:

Like I need to say anything else. The book sells itself.

With rumors that David Fincher was potentially set to direct a screen adaptation (but nixed it for the butt raping brilliance of The Girl With the Dragon Tattoo), it seemed this tale was set to bloom for a wider audience, and now seems to be back in a sort of movie limbo, which, because of this books amazing art style, may be for the best. I cannot imagine how they could have transferred this art style onto the screen. Some of the impact of the tale would have been lost in the transition, no doubt.

As a graphic novel, Black Hole stands as one of my favorite reads of all time. A chilling tale, set in Seattle in the 70’s, it is about a sexually transmitted disease that alters the appearances of those it effects. In this case, the town’s teenage population. And when I say alters the appearances, that is the nice way of saying “makes them look like a bunch of mutants.”

I spent 3 hours looking at this drawing one afternoon. I blame drugs.

From puss filled polyps that appear all over one boys face, to the girl who grows of tail and eventually sheds her skin, this disease is as terrible a disease as any author has ever dreamt up. But the beauty here is, you can see it as a metaphor for adolescence is general, and Burns admits that was his goal when creating it.

The book took Burns over a decade to complete, and when you see the art style, you will understand why. There is an almost wood carving, scratch board look to the art that pairs up perfectly with the dark subject matter. I will say, loss, alienation, mutation and blossoming sexuality have never looked more visually captivating. 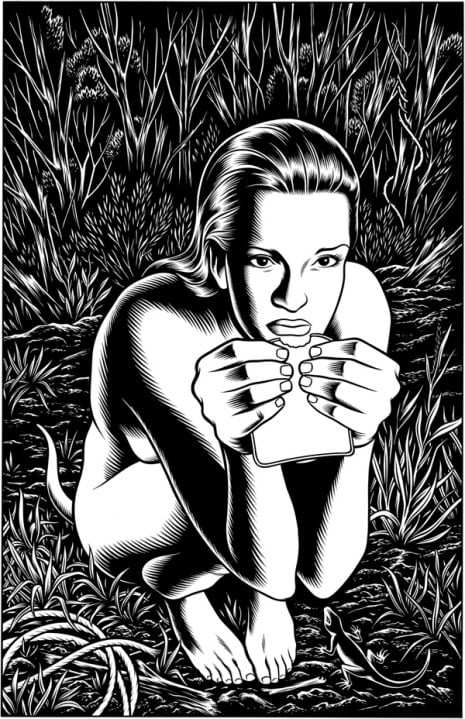 Tail or not, I find the sheepish way she eats sandwiches to be oddly endearing. Can I have one as a pet?

I also feel obligated to tell you that this graphic novel is massive, and can be used to bludgeon someone. I know that may not seem an important factor when choosing a graphic novel, but when the inevitable robot apocalypse gives way to the zombie Armageddon, you will be grateful to have such a massive tome to deal out destruction.

And a well written, beautifully illustrated weapon at that.

Before I tell you to start collecting this series, be forewarned: There are many books in the Preacher series, and as soon as you blow through the first one, you will NEED to buy the second and so on. Considering you will not be able to put these books down, that means you will most likely buy the entire series within a month. So unless you have an extra$150.00 laying around, I don’t suggest even looking at one panel from this amazing book.

And I know I was trying to focus on less well-known comics in this article, but I had to include Preacher on this list because, well, Preacher may very well be the best comic series ever. 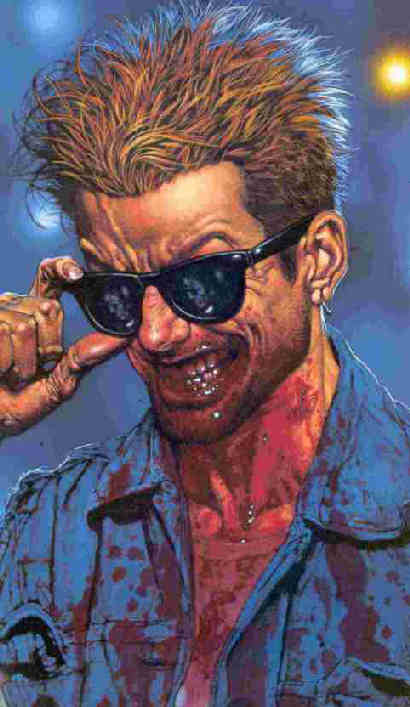 Oh, and I love Cassidy times infinity plus a thousand.

I know that claim may send some people running to the comment section to tell me I have no idea what I am talking about, but let me explain myself. I am talking about consistency. From start to finish, to say that Preacher was a compelling read is a huge understatement. The book becomes an addiction. 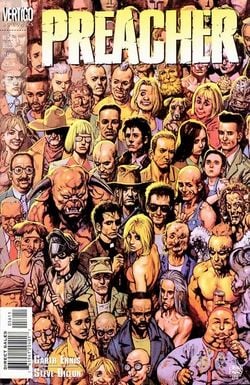 It is like the Bible, if it was written by David Lynch. And it is amazing. So what is Preacher about? Sit down for this one.

A drunken, almost faithless preacher who gets possessed by the offspring of an angel and a demon having a one night stand. The being he is possessed by (called Genesis) is made of an equal balance of pure good and pure evil, and for that reason, may very well be as powerful as God himself. Our hero, Jesse Custer, rounds up some friends ( in a former flame and an Irish vampire, Cassidy, who is one of my favorite characters ever) to go confront God and how shitty of a job he has done.

And A  LOT happens on the way.

Also, quick shout out to Arse Face. I love you, man. 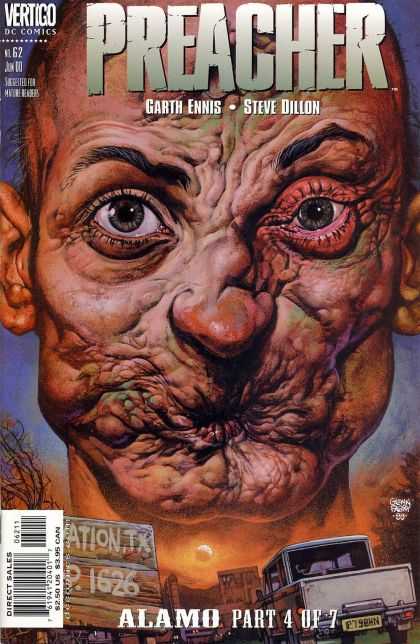 The book is f*cked, and you all need to read it, now.

Sometimes you should let your curiosity get the best of you.  Just saying…. Via

This is not every nerd’s greatest nightmare, this is just a public service announcement to not write fan fiction.

If you’re working from home with clothes on, that’s already an achievement. Reward yourself with rocket league. Comic via Julia Lepetit

I recently finished up Season 4 of Buffy the Vampire Slayer and while I’m already a few episodes into Season 5, I wanted to get a little extra Whedon on the side.  As such, I… 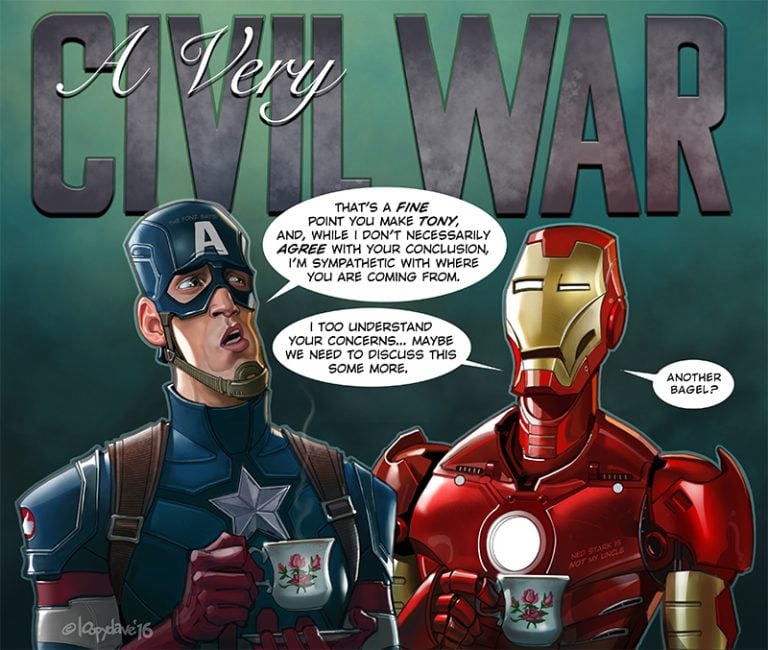 If you don’t know who Loopydave on Deviantart is then you should familiarize yourself with him because his work is excellent.  He’s been a member on this for over 8 years and his work  goes…