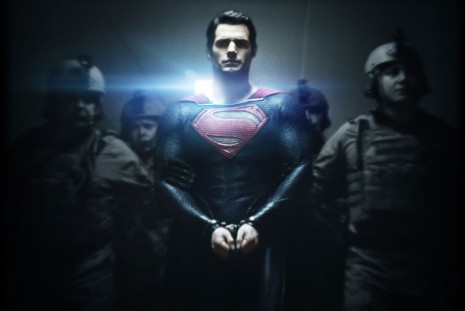 With 2012 behind us, it’s time to turn our gaze to the huge question mark ahead that is the films of 2013. There’ve already been a couple of interesting stories… mainly that Gangster Squad was as dumb as it looked and A Haunted House somehow actually made money.

Anyway, the year looks kinda interesting, but certainly not without its wild cards. Without further ado, let me fulfill the title up there and bring you three big concerns and three big hopes for the movies of 2013.

(Just for the record, I’d love to be wrong about each and every one of these)

That Oz will be this year’s Alice in Wonderland 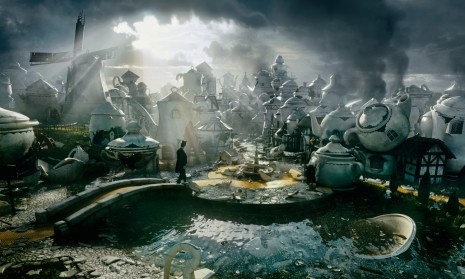 Ugh, that movie sucked. Alice in Wonderland took one of the great satirical fantasy novels of the English language and used it as window dressing for a dull, by-the-book write-up of an insanely underwhelming savior action movie. Oz, The Great and Powerful looks way too close for comfort.

Now, the TALENT involved is considerable. Despite a manhandled Spider-man 3 and a slightly underwhelming Drag Me to Hell, Sam Raimi still has the chops to hang with the most entertaining filmmakers on the planet. Then again… there are those two movies that didn’t work at all.

Plus, The Wonderful Wizard of Oz is a GREAT book; one that honestly deserves a better adaptation than the (lovely) 1939 movie. My main fear here is that instead of capturing the unique spirit of Baum’s Oz, the filmmakers are simply going to be giving us reheated fantasy leftovers from other, better movies.

That Neil Blomkamp will be a one-hit wonder 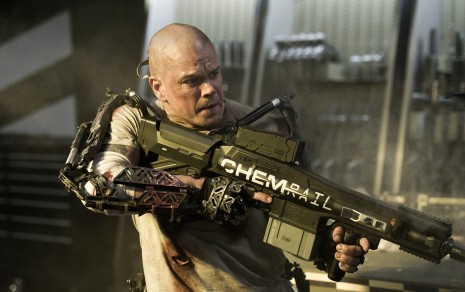 There’s a lot to admire about District 9. It looks about twice as expensive as it is, the found-footage device is used brilliantly, the acting is great, and the Cronenberg-lite horror is as intense as anybody could want.

Unfortunately, it suffers from some narrative missteps in the last chunk of the story. What started as a surprisingly thoughtful summer thriller ended with a relatively dumb action-packed finale. The beating humanistic heart of the story seemed to get lost in a sea of “whoa, look at those people explode.” Understandable, sure, but to me it ultimately shows a lack of control.

A lot of folks, obviously, like that movie a lot more than I do. For me, Neil Blomkamp’s sophomore effort is going to be the movie that makes him or breaks him. Either Elysium will be an improvement; another white-knuckle thriller with a bit more brain than District 9, or it will just turn into a better-than-average action movie. Which would be fine, but… I really think there’s some potential in this guy.

That Man of Steel is the wrong direction for Superman 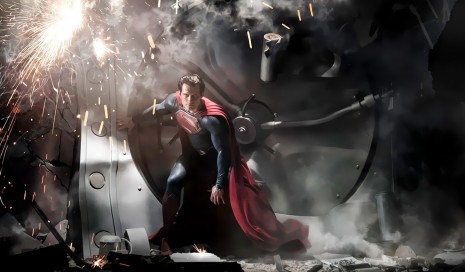 I know that a lot of folks here (and in the rest of the internet) are stoked about the Nolan/Snyder take on Superman. Personally, I have reservations about the way they’re going to handle the story:

One, I’m getting really tired of origin stories. Maybe the movie will be more than that… HOPEFULLY it will be more than that, but comic book movies have got to break free of that particular narrative shackle. We keep crippling the scope of the stories we can tell by insisting on retelling the same basic origin story with every new hero. Hopefully with Man of Steel the focus of the film is different than the focus of the trailer.

Unfortunately, I’m not sure that the self-serious, melancholy tone they’re setting for this movie’s gonna work either way. Superman’s intense optimism as a character isn’t a trite thing, nor is it something that needs much deconstruction. There’s plenty of meat to the character without making him go deep sea fishing. Again, maybe the promo materials aren’t conveying the core of the character accurately, but I simply worry that this isn’t the right step.

And now for something completely different… 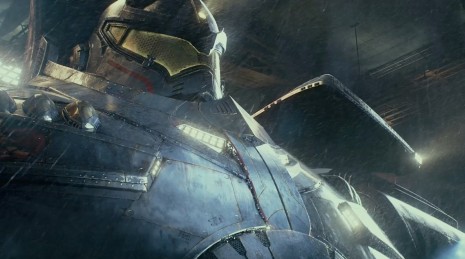 Guillermo del Toro has been a force to be reckoned with ever since the brilliant, underseen Devil’s Backbone (Cronos is good, but not great). He’s one of the few people who can go from beautiful work of art (Pan’s Labyrinth) to house-rocking action (Blade II) without a noticeable drop in quality for either.

He also dropped out of The Hobbit, despite being sorely needed on that production, and this is the movie he decided to make “instead.” So… pressure’s on.

Fortunately, from the rumors I’ve heard, Pacific Rim could be a journey into a world rife with cinematic potential. From the ads, it looks at once entirely familiar (Iron Giant? Godzilla? Robot Jox?) and refreshingly new. Plus it’s one of the very few original properties getting the big-budget treatment this year.

But really, I’m just ready for another movie that actually captures my imagination. The Marvel properties have done a bit of that, but they were more sound and fury, without the dark edge and thoughtful consideration del Toro gives his projects. Plus, the guy is mad talented and simply deserves a monster hit to his name.

That The Lone Ranger is another Verbinski home run 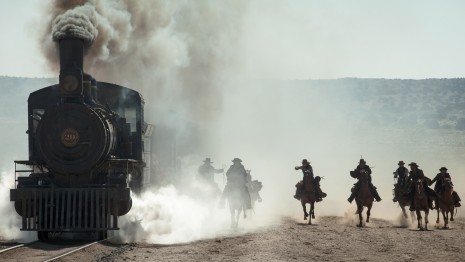 While I’m a fan of the whole Pirates of the Caribbean trilogy, I understand why many people aren’t. Verbinski seemed to use the power and money he acquired with the success of Curse of the Black Pearl and put all his energy into making the wildest, loopiest pirate movies in history. He had mixed results, but I tend to simply marvel at his ambition. Rango was tons of fun, but he still hasn’t recapture that magic he found in the first Pirates movie.

Fortunately, I know that another resounding success is well within his wheelhouse. Aside from Pirates, this is the guy who brought us the wonderfully wry The Weather Man and the beautifully eerie The Ring. The Lone Ranger looks to have a good bit of spunk and attitude, and it doesn’t look like it’s going to be a straight-up farce like some of his other movies have turned out to be.

The real kicker is going to be whether or not he can keep the project on track. With a monster budget landing north of $200 million, the Disney machine at his back, and audience anticipation high, there’s a lot of things that could go wrong. Hopefully this project will see Verbinski back on his A-Game. I’ve heard “greatest train sequence in the history of film” a few times already…

That Ender’s Game is as good as it should be 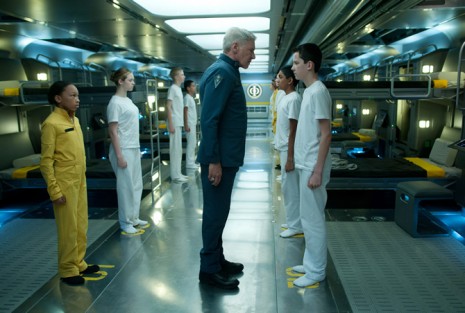 Can they get this movie right? Gavin Hood doesn’t have a long resume. The critically-panned Wolverine movie from a few years ago sits awkwardly above Oscar-winning foreign film Tsotsi. I’m hoping that the X-Men flunk was one of those studio-screwed situations, because if Ender’s Game is that bad you’ll be able to hear my tantrum from wherever you are at home.

Fortunately, there’re enough surprisingly good performances and clearly-drawn story beats in X-Men Origins: Wolverine to give me hope. If Gavin Hood can pull a watchable movie out of that corporate trainwreck, I hope that he can pull a classic sci-fi movie out of Ender’s Game.

I can’t believe I have to wait until NOVEMBER to find out.

What about you? What gives you pause or thrills as you look ahead to the upcoming year in film?