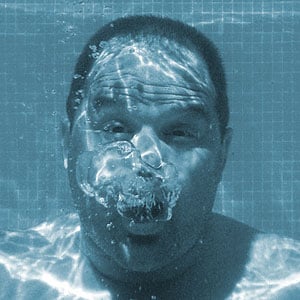 I can’t really think of too many ways that are worse to die than drowning.  Maybe being set on fire or being eaten alive are worse, but make no mistake, having your lungs fill with water has got to be as about excruciating as it gets.  Thanks to the magic of cinema, we can witness people dying in an assortment of horrific ways, including the dreaded drowning.

Some struggle and flail about before a final spasm, while others seem to make peace with their fate and accept death in its watery form.  Some victims even disappear altogether.  In any event it’s got to really suck.  After the jump, have a look at 10 memorable drowning deaths in movies. 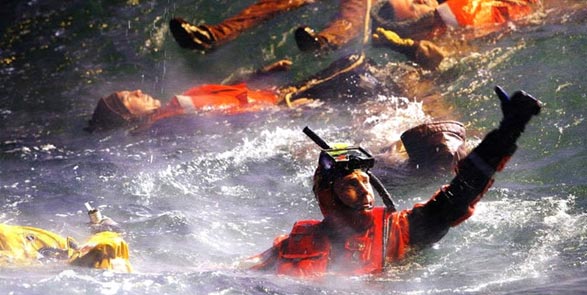 Ben Randall sacrifices himself to save Jake Fischer (played by Ashton Kutcher) and in doing so, falls deep into the ocean and is never seen again.  He is presumed to have drowned, of course, and becomes somewhat of a myth, helping those poor souls lost at sea.  Although I would imagine that most people who saw this movie thought to themselves, “Why couldn’t it have been Kutcher that drowned?” 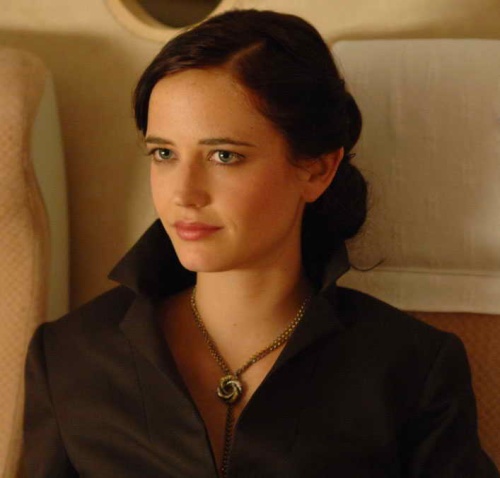 The royal bitch Vesper Lynd broke Bond’s heart and helped turn him into the sociopath which he became, but Bond tried his best to save Vesper from drowning anyway.  Vesper was locked in an elevator underwater and, with no way to escape, had no choice but to let the water rush into her lungs.  I very much like the dramatic Sonic music mixed with the clip: 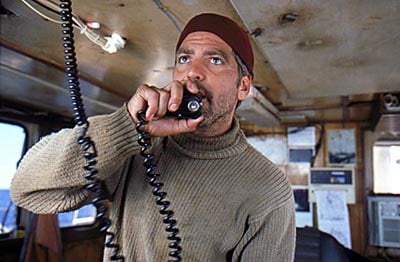 Billy Tyne has the chance to escape his sinking ship caught in the middle of the violent seas, but like a good captain should, decides to stay with his crew and sink to the bottom of the ocean with them.  Of all the drownings I’ve ever seen in movie, this one certainly seems to be the calmest.  I’d be kicking around like a child. 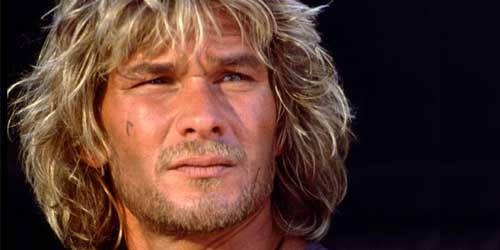 Look, just because we don’t see a corpse doesn’t mean he didn’t drown.  There’s just no way Bodhi survived wiping out off that monstrous wave.  If you’re gonna drown, though, I guess it would be nice to get some good surfing in right before. 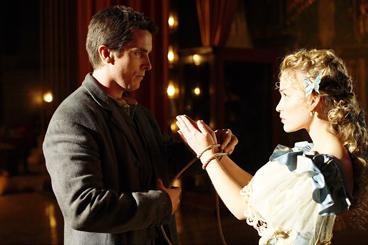 Maybe we could put Angier on here, too, but which one of “him” actually drowned?  Anyway, Julie – Angier’s girl – drowns because she is unable to slip out of a knot tied by Borden.  She’s placed in the infamous Chinese water torture cell and, without being able to loosen the rope tied around her wrists, is trapped inside.  I imagine a few people in the audience probably enjoyed this; doesn’t a part of you kind of hope that the girl really does get trapped inside the water cell or sawed in half?  It’s like watching NASCAR for a gigantic crash, complete with flames and charred bodied.  I know I’m not alone on this. 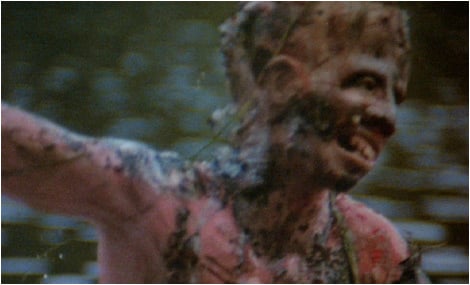 I don’t think we ever see Jason drown (maybe we do in Freddy vs. Jason?  Anybody know?), but it’s well-known in horror lore that drowning was how Jason “died” while at Camp Crystal Lake.  All the counselors were too busy having sex and getting high to watch the kids by the lake, and if they had just waited for the kids to go to sleep before they started partying, they wouldn’t have been hacked to bits by Jason’s mother.  She went pretty far, but I kind of understand where she’s coming from.  I know my mom would do that for me. 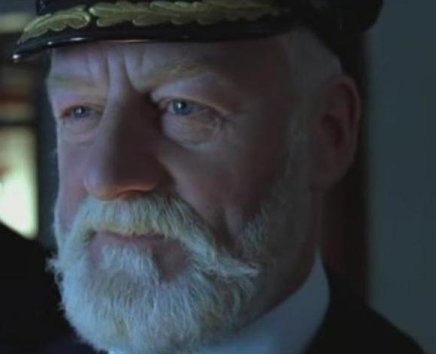 Like Billy Tyne in The Perfect Storm, this captain went down with his ship.  Although his real cause of death is up for debate (E.J. Smith was a real person, ya know), in Cameron’s Titanic, he’s engulfed by freezing water and drowns along with dozens of others.  Jack died from hypothermia; I’d probably take that over drowning.  Actually, I would have dressed up like a woman and tried to get on one of the lifeboats.

Dr. Norman Spencer – What Lies Beneath 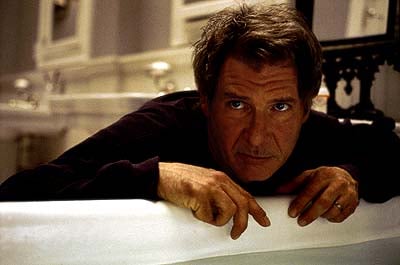 Dr. Norman Spencer was unsuccessful in drowning his wife, and karma came back in a bad, bad way for his attempt to do so.  While in a deep lake, the “corpse” of a young woman grabs Norman’s leg and drags him down to the water’s depths.  It’s a pretty creepy scene, and the combination of drowning and animated corpses freaks me the eff out. 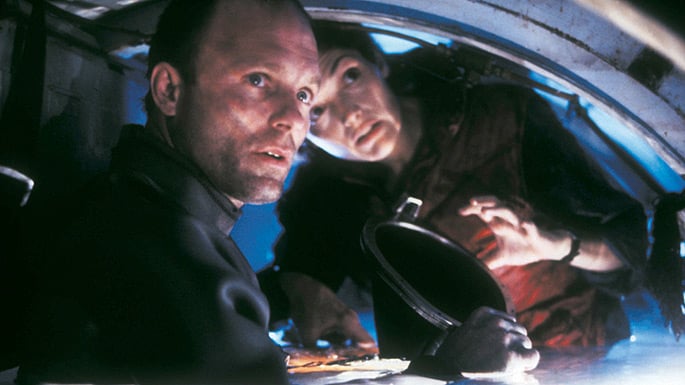 How did Bud Brigman (Ed Harris) talk his wife into drowning?  “Um, I swim way better than you, and there’s only one helmet, so you should stay here and drown.  I’ll drag you up to the station and bring you back to life.  Cool?”  I would give anything to marry a girl who was that submissive.  If you can convince her to drown, imagine what you could convince her to do with her hot friends.  And please spare me the “But she came back to life!” argument.  She drowned, she died, and she came back to life.  Still counts as drowning and dying. 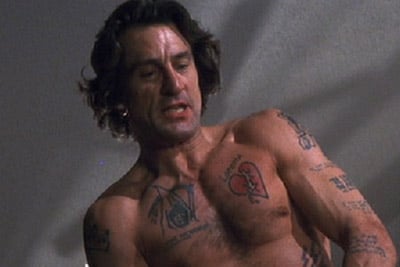 Out of everyone on this list, Cady deserved to drown the most.  Still, we kind of miss him once he’s dragged out to sea by an incredibly strong tide.  I would have preferred my head getting crushed with the giant rock held by Sam (Nick Nolte), but at least with drowning I could have an open casket?  It’s tough to find the silver lining in drowning.

Any drowning scenes you like that aren’t in this article?  I’m sure there must be, so let me know in the comments section!

Well damn, I’m so used to the US remaking foreign movies all the time, I didn’t realize that other countries ever actually did it to us. It appears the Japanese think that Clint Eastwood’s starring/directing…

When I saw the trailer for God Bless America a couple months ago, I thought I’d been incepted. The entire package echoed sentiments I’ve been carrying around for years, and somebody did my job for…

(click to enlarge) Test your movie knowledge by gazing upon Robert Ball‘s illustration of 50 notorious movie bad guys in stylized form. I got up to about two thirds of them before tehy started getting…

Usually behind the scenes material works best in either picture or video form, and I can’t say I’ve seen a hybrid (a GIF) which has done a moment justice to date. But this one? It…

Who doesn’t like movie trailers bright and early on Monday morning!? My apologies everyone, somehow I completely it spaced Friday (I blame work) and forgot to post the week’s movie trailers. I feel ashamed. Hey, at…

(click to enlarge) It’s clear that Robin Williams’ death has hit the world harder than any celebrity’s passing I can remember, due to how beloved he was as an actor, and how tragic the circumstances…