Say what you will for good taste and common decency, for me it just doesn’t get any better than a good, spine-tingling horror film. You can keep your comedies and shutter away your action flicks, because the only things that really rev my engines these days are gothic scares, nameless monsters from beyond the void and man’s inhumanity to man.

And now is the time that the genre truly shines: when the days grow short, the nights grow cold and a thin howl of terror echoes in the distance. And with Halloween truly starting to creep in, there’s not a better time to take stock of the tales of terror on your bookshelf, or perhaps on your Netflix Queue.

After scouring the options available through the streaming service – and catching up with a few that I happened to have neglected until now – I present you with my findings: the ten best autumnal offerings available through your TV set. So dim the lights, lock the doors and press play.

As the title might imply, this film is not for the faint of heart. In fact, I’d caution even the more hardened horror fans out there to not tackle this one casually. For one, director Lars von Trier has made his name as an arthouse, rather than commercial, filmmaker: a man whose work is dense and difficult and off-putting to those who come to his work with the hope of finding some easy entertainment. Knowing full-well that its scenes of graphic sexual violence would earn an NC-17 rating in America, von Trier refused to submit it to the MPAA for approval.

After their child dies in a tragic accident, his parents try desperately to move on with their lives. Believing that his wife’s depression can be cured through psychotherapy alone, the husband convinces his wife to throw out her (desperately needed) medication and retreat to an isolated cabin in the woods which seems to be the root of her anxiety. While there, however, her condition worsens and the true root of her psychosis is revealed.

After the massive horror film boom of the 2000’s, the genre has increasingly moved away from mainstream studios and toward independent filmmakers and arthouse sensibilities. While Antichrist is perhaps the earliest example of this, the most artistically successful films of the genre in recent years have been The Witch (2016), It Follows (2015) and The Babadook (2014). Although this means that the films themselves are increasingly inaccessible and challenging, that is exactly where the genre operates best: away from the gloss of popularity and in the shadows of good taste.

The Babadook follows Amelia – a depressed, single mother – trying, and failing, to come to terms with her husband’s death and raise her problematic child. Things come to a head when Amelia discovers a terrifying children’s book called Mister Babadook in her son’s bookshelf. The book describes an expressionistic monster called the Babadook who eats anybody who answers the door when he comes knocking.

Like this year’s Lights Out, The Babadook is more of a metaphorical representation of depression than an actual, factual depiction of a supernatural entity. Anybody coming to this film expecting a literal terror – along the lines of Jason Vorhees, Freddy Krueger or Michael Meyers – will doubtless be met by disappointment like I first was. But if you come to the film expecting something a little more abstract and requiring a little bit more thought, it is absolutely one of the best horror films of the 21st century.

It’s rare that a horror franchise that has been around for as long as Child’s Play has retains its popular appeal, let alone its cultural relevance. Although the original film was a milestone in the supernatural slasher genre, it failed to come up with a good sequel until Bride of Chucky took the often too-serious franchise into the realm of outright parody. And then, after the bizarrely disappointing Seed of Chucky, the series slumped its way straight to home video. But, shockingly, that is where Child’s Play found its footing again.

After wheelchair-bound Nica receives a mysterious package in the mail – Chucky, a wholesome, old-school Good Guy doll – her invalid mother dies in what is eventually ruled to be a suicide. When her sister’s family visits to settle the mother’s affairs, Nica’s six-year-old niece begins playing with Chucky and houseguests begin dying in increasingly violent ways

People seem increasingly eager to dismiss anything new as something tawdry and inherently inferior. I hear it all the time: “they don’t make movies like they used to.” But that simply isn’t true. Never mind the many innovative horror films that have come out in the last fifteen years, Adam Wingard’s The Guest is exactly the kind of movie that people say that they don’t make anymore: a retro throwback to 80s teen slashers.

After their son Caleb’s death in the Middle East, the Petersons have struggled to carry on with their lives. Their father fails to climb the corporate ladder, their mother doesn’t know what to do with herself, their other son is constantly picked on and their daughter keeps getting herself in trouble at school. But when David, a recently discharged friend of Caleb’s, shows up at their door to pay his respects to his fallen comrade and his family, he is welcomed with open arms. But when people around town start turning up beaten or dead, the Petersons have to start worrying about what kind of guest they’ve invited into their home.

When coming up with this list, Hellraiser provided a particular challenge. As my hands-down favorite horror franchise out there, it was a struggle not to simply add both of its sequels available through Netflix (yes, even Hellraiser: Revelation) and find something else to cut out. In the end, I settled on the first (and maybe best?) of the series. That being said, however, Hellbound: Hellraiser II is an absolute must-watch and Hellraiser III: Hell on Earth, despite its flaws, is an amazing piece of post-80’s horror.

When people tire of mundane pleasures of the flesh, they are drawn, almost instinctively, to the Lemarchand Configuration: a mechanical puzzle box that opens a gateway to Hell. Those who solve it are greeted by the Cenobites: monstrously deformed creatures that blend pain and pleasure indivisibly. When one of their victims, Frank Cotton, escapes Hell, he turns to his brother’s wife for help and Kirsty, his niece, must strike a deal with the Cenobites to save her soul from them.

Here’s one that I seriously doubt too many people have heard of before. It came out earlier this year on the film festival circuit before being snatched up by Netflix for distribution. It quietly found its way on the streaming service instead of in any number of theaters across the country, where it’s quietly built up a reputation as a hidden horror gem. When you consider the overwhelmingly positive reception of director Mike Flanagan’s previous (Oculus) and following (Ouija: Origin of Evil) films.

Wanting nothing more than a peaceful, secluded place to write her next novel, deaf-mute author Maddie Young retreated to her woodland home in the country. But when she crosses paths with an insidious killer – one that she can’t hear coming – she has to find a way to survive his deranged game of cat-and-mouse.

Although probably not the first movie that you think of when you’re wrapped in a blanket on a cold autumn night, Jaws is unquestionably a terrifying film that kept an entire generation of movie-goers out of the water. It is undoubtedly the most accessible film on this list to non-horror fans, owing in large part to its bright, sun-drenched setting, riveting John Williams score and shockingly deep human drama. Jaws has rightly earned lasting popular and critical appeal and helped launch the career of director Steven Spielberg.

When Amity Island is beset by a great white shark, Mayor Vaughn, terrified of the affect it will have on the island’s tourist trade, refuses to alert the public to the danger lurking just off-shore. Responsibility for killing the beast ultimately falls to police chief Martin Brody, oceanographer Matt Hooper and hardened shark hunter Quint.

Remember what I said about Child’s Play losing its way after so many lackluster sequels, only to find a second wind after a grisly return to form? This is exactly what happened to A Nightmare on Elm Street in the 90’s. After its breakout first installment and the franchise-topping Dream Warriors, the Nightmare on Elm Street series settled into a pattern of diminishing returns that culminated in 1991’s abhorrent Freddy’ Dead. But after a decade of sitting out the franchise he spear-headed, Wed Craven returned to helm the spine-tinglingly post-modern New Nightmare.

Actress Heather Langenkamp – famous for her turn as Nancy in the original A Nightmare on Elm Street – is beset by nightmares during the production of the latest installment to the franchise. But as bodies start to pile up on set, her friends Wes Craven and Robert Englund seem equally perturbed. Now beset by the spectre of Freddy Kruger, she realizes that a far older and more sinister being is actually the one tormenting the actress and her young son.

Critics of the genre frequently site horror’s lack of originality when deriding it. After all, how creative can you really be after double-digits worth of sequels that increasingly return to the same canonized tropes time and time again? While the same can be said of the action or comedy genres, horror’s already suspect position as the purveyor of schlock and indecency make it an easier target for such disdain.

Why then, when the genre does venture into uncharted territory, is it so often overlooked? Pontypool is perhaps the perfect example of this: an inventive, well-executed zombie movie that turns everything that we have come to known about the genre on its head.

Locked in a small town radio station on Valentine’s Day, bombastic radio personality Grant Mazzy and his small crew start getting bizarre reports of widespread violence occurring across the titular small town. A zombie-like virus has infected certain words of the English language, transforming those who hear them into crazed, hyper-violent killers. Now with only their words to defend them, Grant, station manager Sydney and technician Laurel-Ann need to find a way to warn their listeners of the danger lurking on the air waves while not succumbing to it – or spreading it – themselves.

When scientist Herbert West moves into medical student Dan Cain’s unused basement, he starts experimenting on a formula that will reanimate the dead. When university professor Dr. Halsey realizes what West has accomplished, he tries to steal it from him, only to be killed and reanimated himself. Now a sociopathic corpse, Dr. Halsey attempts to raise an undead army of his own, with Cain’s girlfriend by his side.

Perhaps one of the most bizarre horror movies of the 80’s, Re-Animator is a Lovecraftian reimaging of the Frankenstein story through the lens of grotesque slapstick. Equal parts horror and comedy, the manic film slingshots from one extreme to the other while somehow satisfying both the needs to laugh and screens. 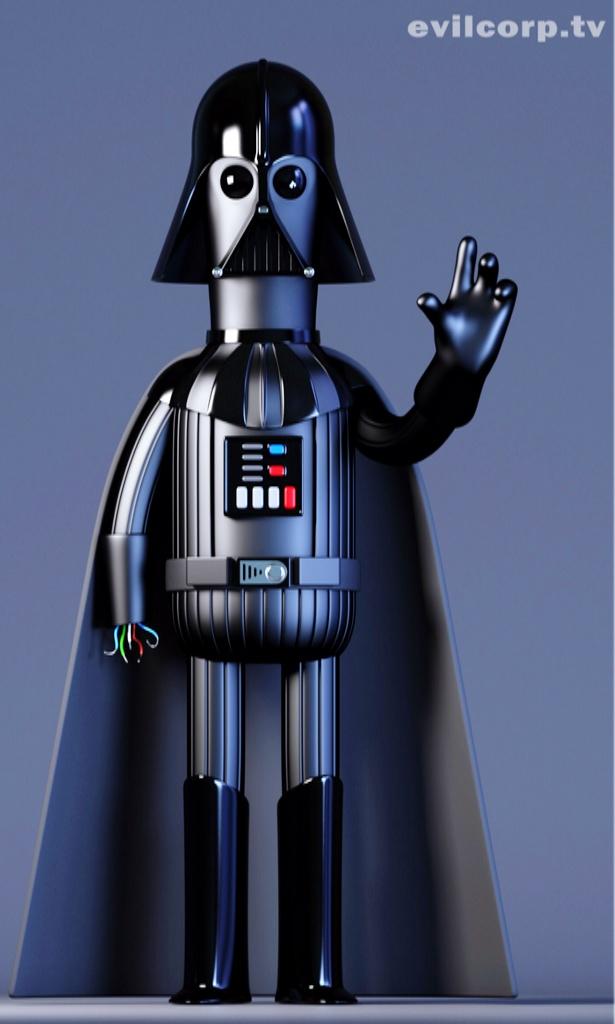 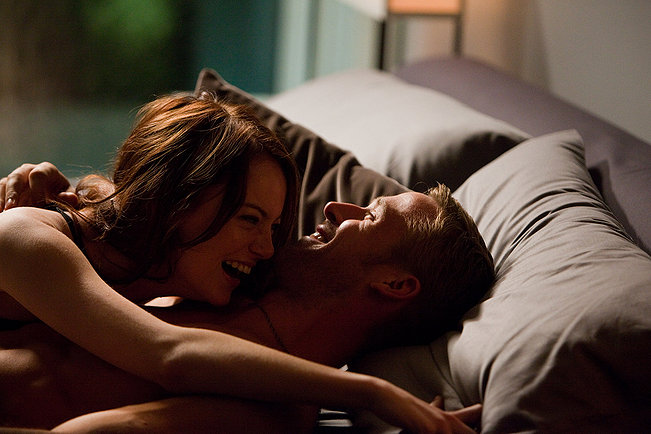 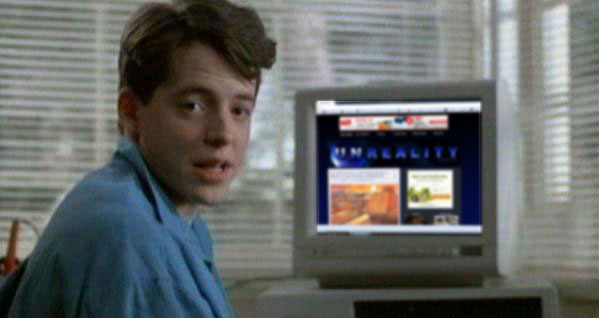