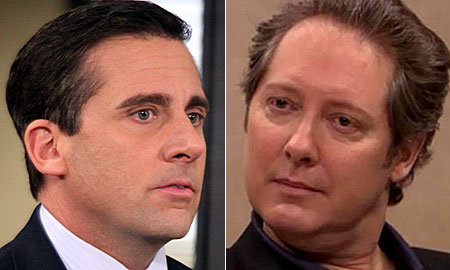 I don’t want to take anything away from Steve Carell as playing Michael Scott on The Office.  Clearly that show rose to fame because of Carell so we have to commend him on that.   However, that doesn’t mean Carell shouldn’t get his licks.

Afterall I think it was his character that annoyed me most on the show for at least the last 3 seasons.  I just felt like Scott got in the way too much and frankly it became annoying.  Or maybe it was that the whole Pam and Jim thing sucked after they got married and had a kid.  Whatever it was, it wasn’t great.

But I think this season definitely has some new life.  And that new life comes in the form of  Robert California, or James Spader’s character.   I’m not saying he’s 100% better than Michael Scott but I will give you four reasons I like him better at times…. 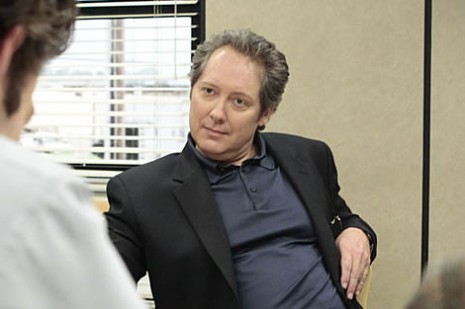 He Doesn’t Say Anything Dumb

One of the cornerstones to Michael Scott was how smart he wanted to appear and yet how dumb he was.   That to me translates into a lot of cheap laughs.  While some of the stupidity was funny, I felt too much of it was obvious and almost slapstick.   Spader’s character isn’t stupid at all.  In fact he’s quite intelligent yet that is his cornerstone of humor.  His wit is what carries him and his manipulative tactics are what keeps this group going.

There’s Real Motivation in Him

Carell’s character had his serious moments and when they happened I enjoyed them all.   But Robert California is a motivator and whoever is doing the writing  for him wouldn’t be a horrible motivational speaker.  I’ve actually learned a few real lessons from this guy .   Not bad for a sitcom.

He Doesn’t Own The Space

One of the things I couldn’t stand about Michael Scott was his craving for attention.  At least 20 episodes were ruined by this.   He became the center of these episodes just because he was a whiny baby.   Some people like that kind of humor.  I hated it.   It detracted from the rest of the characters being funny.   Robert California likes the background and loves when the other members of the office are in the spotlight.

His Looks and Mannerisms Are Almost Enough

Anyway, I’m liking the first few episodes and I think The Office definitely has a lot of life left in it.