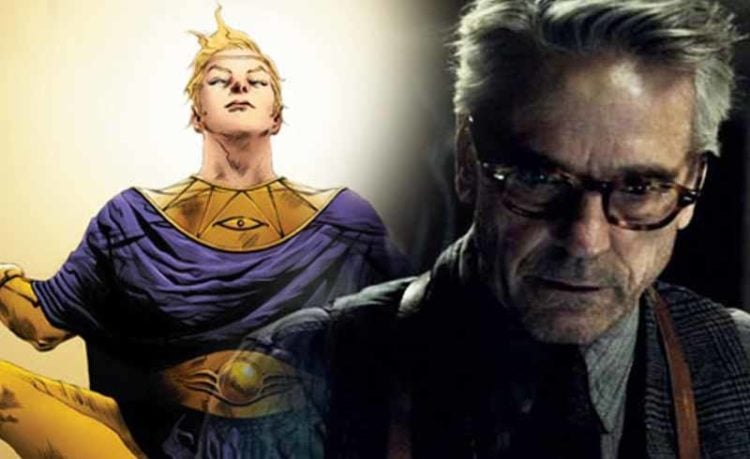 1. He Is Named For Ramesses II

For those who are unfamiliar, Ozymandias was a Greek name for the Egyptian pharaoh Ramesses II. Generally speaking, Ramesses II was considered and continues to be considered one of the greatest Egyptian pharaohs. In part, this is because he waged a number of successful campaigns that secured Egypt’s borders as well as restored Egyptian control over lost territories. However, it should also be noted that Ramesses II was a prolific builder of temples, monuments, and other structures of note, which was helped by the fact that he managed to live into his 90s.

2. His Name Is a Reference to the Sonnets

With that said, Ozymandias’s name is a reference to the sonnets as much as the historical personage that served as the basis for the sonnets. In short, both Percy Bysshe Shelley and Horace Smith wrote sonnets with the same name on the same theme, which can be summed up as the inevitable decline of even the greatest rulers. As a result, they were very much about hubris. Something that resonates well with Watchmen.

In Watchmen, Ozymandias’s most notable characteristic is his exceptional intelligence. He seems to have been born with it, seeing as how he possessed it even when he was still a child in school. However, for whatever reason, he chose to conceal it from his parents as well as his peers by getting average marks throughout his schooling.

There have been a lot of people who idolized Alexander the Great. However, Ozymandias took it much, much further than most, seeing as how he went out on a vision quest based on his idol’s route of conquest. This means that he would’ve traveled much of the Eastern Mediterranean world and beyond before he came to the end of his vision quest in Egypt. It is interesting to note that Alexander is said to have been entombed in Egypt by Ptolemy I, which was a very symbolic move because Macedonian kings were responsible for burying the bodies of their predecessors.

5. Went On to Idolize Ramesses II

In Egypt, Ozymandias came to believe that Alexander the Great had been no more than a pale shadow of Ramesses II, thus explaining his choice of name. It is unclear why Ozymandias came to believe this. However, it should be mentioned that Alexander the Great died at the age of 32, with the result that he had neither secured his own succession nor established a proper government for the empire that he had carved out. Due to this, his generals fought a number of civil wars among themselves, thus resulting in the Antigonids, the Ptolemies, and the Seleucids establishing themselves in Macedon, Egypt, and the Asian territories. As for Alexander the Great’s own family, they were swept aside into the dustbin of history.

Ozymandias came from a well-off background. However, he can still be considered a self-made man to a significant extent because he donated his inherited wealth with the intent of making something of himself. Suffice to say that he succeeded in a spectacular manner, thus explaining his immense wealth in Watchmen.

At one point in time, Ozymandias was also a superhero who gained the reputation of being the smartest man on the planet. Appropriately enough, he predicted that popular opinion would turn against costumed vigilantes, which is why he chose to unmask before a ban on costumed vigilantes came through. As a superhero, Ozymandias had no superpowers save for what comic book fans might call “peak human” performance, meaning that he was much smarter, stronger, and faster than what humans can manage in real life.

With that said, Ozymandias still had serious limitations. For instance, he is famous for his bullet catching trick. However, that is something that Ozymandias mastered over time. For proof, look no further than the fact that one of his first attempts to perform the trick resulted in him losing three fingers on his right hand, which prompted him to replace the entire hand with a bionic prosthesis. Likewise, the ending of the original Watchmen mini-series suggested that Ozymandias’s scheme wouldn’t hold up forever in spite of the vast resources that he had thrown into it.

Ozymandias isn’t a hero. However, he isn’t a simple and straightforward villain either, not least because he possesses a number of characteristics that are most common in heroes. For example, Ozymandias has a genuine desire to do good that is rooted in his personal sense of responsibility. Likewise, Ozymandias has a real belief that the human intellect can overcome any problem so long as humans are willing to make use of it. Unfortunately, his isolation caused him to disregard the rest of humanity in preference for moving forward with his plan in Watchmen rather than choosing a less drastic and less dramatic course of action for preventing nuclear war.

Curiously, Ozymandias seems to have become a recluse in HBO’s Watchmen sequel. In fact, he is such a recluse that the government has declared him dead because no one has been able to find him at any of the places where interested individuals might expect him to be found. It remains to be seen what Ozymandias has in mind for the world, which hasn’t turned out the way that he wanted in spite of his success in preventing nuclear war. However, it promises to be interesting, particularly since he is now acting in secret from the shadows.

I’m always wary of tuning into new shows, even if they seem promising at first. There’s nothing more I hate than either A) getting into a show, liking it, and then watching it be cancelled… 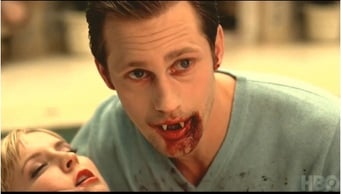 At the end of the last episode of True Blood, Lorena had tortured Bill to within an inch of his life before sinking her fangs into Sookie’s neck, Tara had crushed Franklin’s head with a…

httpv://www.youtube.com/watch?v=cFpKYhvD66I YouTube may be 90% cat videos, but every once in a while a new gem is discovered. I first saw Steve Love when he was doing drunken impressions of John Madden, but since then…

Weeds is coming to an end. After eight seasons of Black thugs, Mexican drug lords, crazy sex-scenes and even crazier (and might I add, nail-biting) cliffhangers, The Botwins will cease to exist on Showtime (but…

(click to enlarge) Before you ask no, this does not actually exist and I do not have a link for you to play it somewhere. It is however, one of the greatest things I’ve seen…

(click to enlarge) Longtime readers will know that I love my crossover art, and never did I thought I’d see the day where two things as disparate as Parks and Recreation and the Justice League…