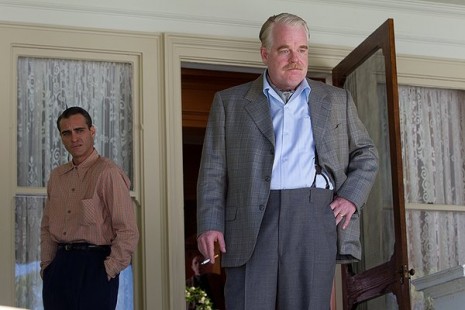 Paul Thomas Anderson is a legend of film with an air of mystery about him. He rarely makes movies, only five in the last fifteen years, yet each and every one is considered a classic to some degree or another. Some are obvious, like the much acclaimed Boogie Nights or There Will Be Blood. Others, like Punch Drunk Love, may have to grow on you a while.

It’s not clear which category The Master falls into quite yet. It’s being showered with praise by both critics and film fans. General audiences however? They might not appreciate PT’s often longwinded exploration of his themes. And truthfully, I’m having a hard time wrapping my brain around The Master still days after I saw it.

It’s been his most secretive project yet, once thought killed by Scientologists, as it very much directly parodies the “religion’s” beliefs and founder. Here, The Master is an enigmatic man played by Phillip Seymour Hoffman. He’s started a “movement” as it were, full of devotees of his book and philosophy which claims we all store memories of our past lives within ourselves. Accessing them can be beneficial to our lives, and even cure diseases like cancer.

The Master wants to help people, and no one more so than a troubled young World War II vet named Freddie (Joaquin Phoenix). After fleeing from his last few jobs after the war, Freddie stumbles across The Master on his boat, and they proceed to have a battle of wits, which is intensely interesting as both of them are insane in different ways. 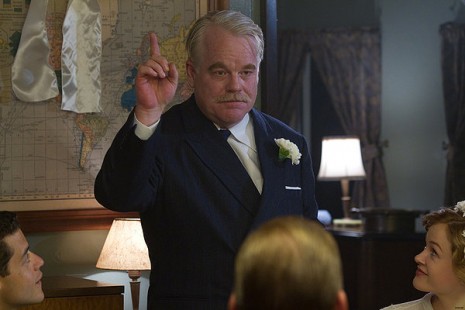 Freddie has a neurological impairment after his time fighting the Japanese in the war. He’s prone to anger, obsessed with sex and so much of an alcoholic that he drinks Lysol and paint thinner when there’s no actual booze around.

It’s a strange film because there’s no anchor point. Both men are insane, and as such the ground is constantly shifting under the viewer’s feet. Freddie is the more obvious case, but it becomes clear to both he and the viewer that it’s The Master who is actually the more unstable individual.

As for the film being a powerful decimation of Scientology? Well, it certainly paints L. Ron Hubbard as a fraud, though most audiences will probably not make the connection as they’re unaware of him or his role in founding Scientology. Either The Master is genuinely crazy, or he’s just a shameless charlatan. The answer likely lies somewhere in the middle.

The film elicits powerful performances from both Hoffman and Phoenix. That strange year when Joaquin Phoenix allegedly “quit acting” and grew a beard and slurred his way through live interviews very well may have been role research. How do people treat you when you’re a complete disaster? That comes through here in Freddie, and Phoenix deserves all the praise he’s getting, and likely more to come this winter. 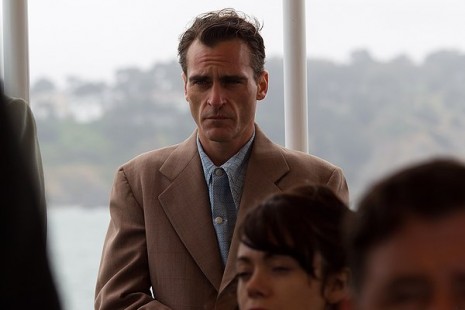 The film itself meanders quite a bit. Yes, all P.T. Anderson’s work is on the long side, but you don’t usually notice. It is quite apparent here, however, with little action and no deeper creepiness like the subject matter may imply. The Master is a scam artist and lunatic sure, but there’s nothing altogether sinister behind the curtain. Freddie’s journey is interesting, but may not hold the attention of many expecting more from a 140 minute feature.

The performances would appear to be better than the film they’re in. No doubt The Master requires some study to fully understand its more complex themes, but at least on its initial viewing, it doesn’t necessarily make an impression or have a clear point. It’s one for the critics and film lovers, but most audiences might balk at its inaccessibility.