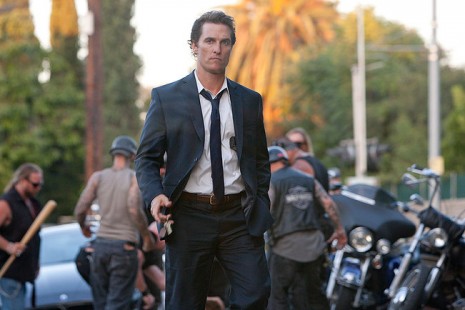 I’m already dreading how many times I’m going to have to correctly spell out McConaughey in this review, but I guess I owe it to poor Matthew.

I’ve skipped the vast majority of his movies over the years, and therefore never had the need to write about him. Movies like Ghosts of Girlfriends Past, Surfer Dude,  Fool’s Gold, Failure to Launch and How to Lose a Guy in Ten Days just aren’t my cup of tea. And let’s not forget perhaps his most spectacular disaster, when he led Sahara into the history books as one of the biggest box office bombs of all time.

But McConaughey has caught a break with The Lincoln Lawyer, he’s finally found a role tailor made for him, and it doesn’t involve romance or comedy for a change.

As criminal defense attorney Mick Haller, McConaughey is right at home. He’s nothing short of an underworld rockstar, a charming sleaze whose clients make up the well-connected dregs of society. His methods of getting results are quickly revealed as lying, cheating and everything in between, and he has a nasty habit of only defending the guilty. An anti-Matlock if you will. 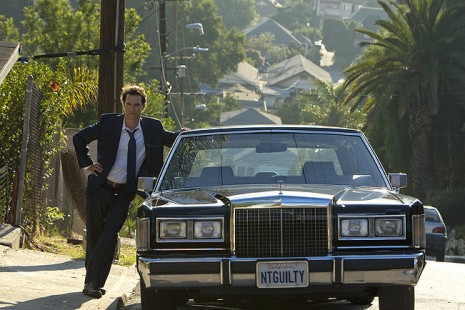 I never understood why his car was so old. Did this movie take place in 1993 and I just didn’t notice?

But when he’s presented with the case of Louis Roulet (Ryan Philippe), things change. A hooker claims he assaulted her, but Haller starts to believe that the cocky young douche might actually be getting set up. Soon however, it’s revealed that Roulet might not be all he seems, and actually could be ten times the master manipulator that Haller is, with a psychotic edge to boot.

Haller now finds himself afraid of his client, and toes an ethical and legal line to try to ensure that the entire situation is resolved without anyone ending up dead. It doesn’t.

The mid-game of this movie is very smart. The various plotlines weave in and out of each other, and it’s an incredibly unique position in which to put a main character like Haller. It’s intriguing to watch the fish out of water, and see the smooth talker who’s always ten steps ahead of everyone frightened and lost.

It’s a great performance from McConaughey, and the kind he should look to give more often. It helps that he’s aided by a strong supporting cast that includes Marisa Tomei, William H. Macy, Michael Pena and briefly, Bryan Cranston, who could have used a larger part. 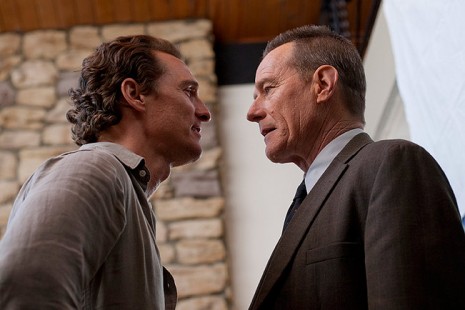 Unfortunately, the very intelligent set up to the film is wasted by the end. It turns into a two hour Law and Order episode, with an ending that’s far too tidy for its own good. The turn that ultimately brings the villain down is a huge let down. It’s the equivalent to a Scooby Doo villain tripping and falling just as he’s getting away, and it’s a very stupid stone that brings down the intelligent goliath.

For as smart as Roulet is meant to be in the film, he does a lot of dumb stuff. His behavior near the end of the film makes little to no sense as he openly tries to hunt down Haller’s family in broad daylight. You’d think a guy who just got off scot free for two violent crimes would have a little more discretion.

Also, his character isn’t explored nearly as much as he should be. It’s hinted early in the film that this may be a pattern for Roulet, that there had to be other girls, other times. But after the search turns up one quick and convenient result, they stop looking. Is this guy a serial killer or what? It’s not even explored and it’s like the movie didn’t have time for some welcome explanation of Roulet and his family’s history, something of crucial importance to the plot. 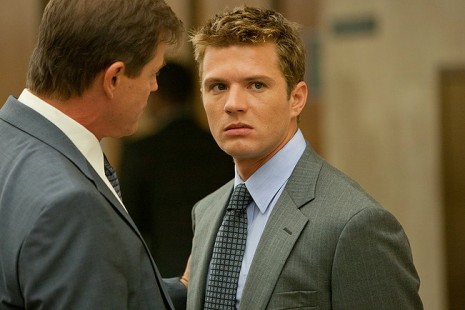 Scary, but could have been scarier.

So what we have is two thirds of a very solid crime thriller with an ending pulled directly out of a CBS procedural. Hollywood movie stars can’t mask a lackluster story, and though the script is tight line to line, as a whole, there are too many gaps in the plot for the conclusion to be satisfying.

But it is nice to see McConaughey find his groove for a change, and if you’re in the market for a gripping, but vaguely routine crime drama, The Lincoln Lawyer just might be for you. 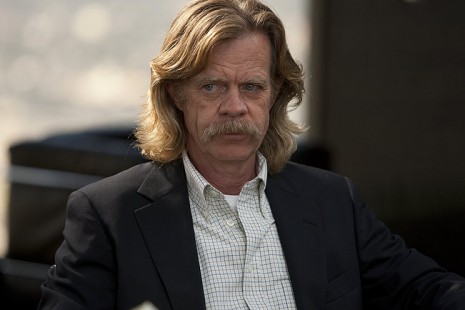 William H. Macy and Richard Branson are the only two old men who can get away with this look.

“They’re making another one?” That was the entirely appropriate reaction heard round the world when it was announced that Will Smith’s triumphant return to cinema after a four year absence would be…another Men in Black…

(click to enlarge) Things I do not like: Flow charts. Things I do like: Infographics. This falls into the latter category, as it’s a neat little visual of the 42 or so twist endings you…

Who says that it’s only reviews that can be funny entertaining? Sometimes recaps can be too! What’s the difference you say? While, according to everyone who reads my TV reviews, I don’t know either. Anyway, the…

What the hell is happening with technology where wax sculptures are getting more and more close to reality? Is there some new advancement in sculpting materials I don’t know about that allows for creations like…