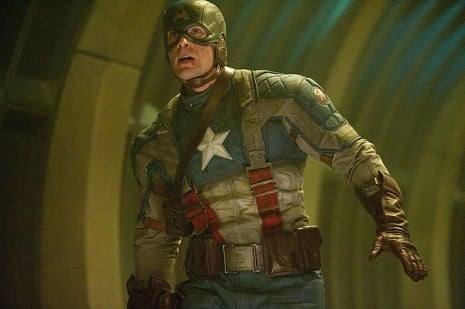 Superhero fatigue is setting in.

Someone who shouldn’t be a hero figures out how to use newfound powers, learns a valuable lesson about himself and rises to defeat an evil force bent on city-wide or world-wide destruction. It’s a formula that deviates in appearance only for most superhero films, and before Captain America even started, as I watched Peter Parker mutate and learn to use his powers yet again, I thought, “how much longer can we do this?”

Captain America is the best hope yet for a reinvigorated superhero, but again, falls into the aforementioned formula all the same. Fortunately it manages to do it well, which is really all you can ask for a movie in the genre these days. We get a fairly well made and entertaining final product, despite its rather standard plot arc.

This film is the last piece of The Avengers, a team that has been four or five films in the making, depending on if you count either the Hulk attempt or think that Iron Man 2 served any purpose. But it’s the closest thing we’ve seen to a prequel in the series, and takes the superhero film to an era it rarely visits, especially in modern films. 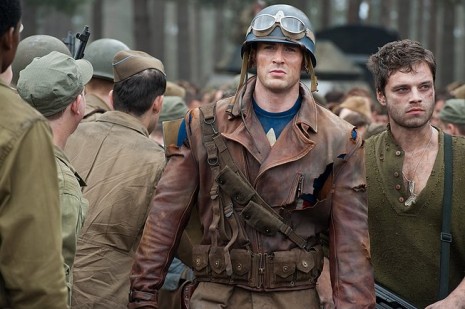 It’s the height of World War II and America is looking for a magic bullet to end the war. Secret government science projects are in the works on both the Allied and Axis sides, and efforts to create super soldiers and super weapons are underway.

Johan Schmidt (Hugo Weaving), Hitler’s chief scientist, took a bad dose of super serum and traded his face for a bit of extra strength. His former partner, Abraham Erskine (Stanley Tucci), escaped the Reich and perfected the serum on his own. He wants to inject it into the best candidate America has to offer, and he believes that to be young Steve Rogers (Chris Evans), a 98 pound weakling who has courage and heart in spades to make up for his utter lack of muscle and brawn.

Evans is most endearing before his transformation, and is rendered very convincingly with some expert CGI that put the hunk’s head on a tiny body. You might imagine the effect would be that of an odd computer generated bobblehead, but it’s really quite well done, and makes his transformation to beefcake all the more inspiring. 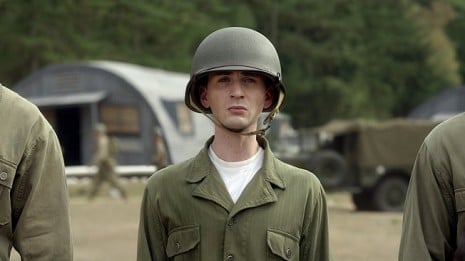 Erskine says “the weak man knows the value of strength” which would seem profound at first, but a bit like nonsense if you think about it for more than a few seconds. A strong man would already know how to use a strong body, and not have to bumble around like a child in a mech suit. But the weakling Rogers is one of the more relatable superheroes we’ve had recently, in both his bony and muscle-bound forms. There seems to be some need for superheroes to be brooding (Batman), cocky (Thor), cowardly (Green Lantern) or have some other deep character flaw, but here Captain America is a good old fashioned boy scout, and a stand up guy. The film is not about him learning a lesson and becoming a great man, rather it’s about him being a great man and trying to convince everyone else around him that’s the case.

The film works because the transition from everyman to superhero isn’t immediate. Usually powers will be discovered, and after a montage, the hero is fully suited up and kicking ass the rest of the film. Not so with Rogers. He goes from weakling, to science experiment to USO cheerleader to vigilante commando to top US operative, each transition coming with a costume change as he finally works his way toward superherodom.

Captain America also has the added benefit of being a lot more plausible than most heroes we see onscreen today. No alien civilizations or magic rings or hammers, just a rather strong guy with a rather bouncy shield. I was very impressed with the shield combat, as it doesn’t seem like the most useful of weapons, but the fight sequences are very well choreographed and Captain’s shield proves a far more entertaining tool than the aforementioned ring or hammer, and his suit is the best costume redesign in superhero movie history.

The hero side of the film works, but the villain counterbalance isn’t quite there. I didn’t really care for Hugo Weaving as the Red Skull, whose German accent was a bit odd and his tone not quite as menacing as his face. And with his glowing blue energy source that powers his tanks and planes and guns, his Hydra squad seemed like a sister battalion to GI Joe’s Cobras, complete with the blue lasers. For as deep and realistic as the Captain felt, his enemies felt cartoonish and thin. 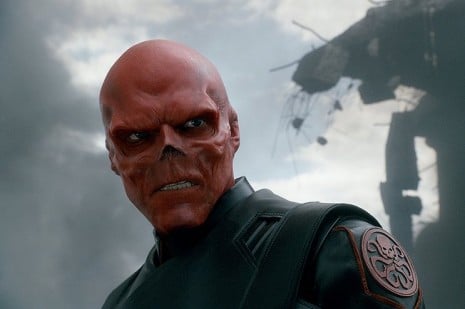 Love the look, but that’s about it.

I also take issue with the decision to show a flash forward at the beginning of the film. Showing the shield buried in ice completely takes away the tension of the film’s closing moments as even those who don’t know the comic lore can see what’s coming. This ending also presents the problem of what happens when you’re forcing a sequel and rigidly sticking to the source material. (Spoilers for non comic-nerds). Self sacrifice to become an immortal American hero is a pretty solid ending for a film like this. Surviving a plane crash and being somehow frozen in ice for 70 years to be woken up by a black man in an eyepatch and join a squad that includes a mutant and alien and a technophile would be a rather awkward conclusion if we were viewing this film in a vacuum.

But regardless of this, or of superhero fatigue in general, it’s hard not to be exceptionally pumped for the Joss Whedon-helmed Avengers where at last the half a decade of build up will yield a collection of heroes that would almost seem too epic for one film to hold. With Captain America, we have a well painted picture of the heart of that group, and one that should prove to be a guiding force in future adventures of him or his superpowered friends. 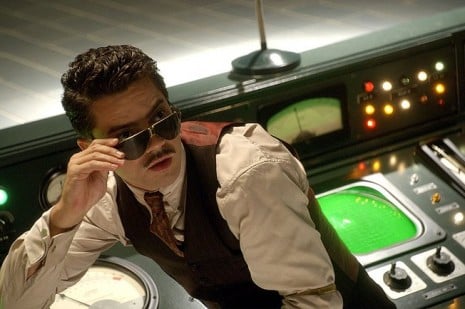 “Dammnnn I created a machine that makes hot men!”

Mike Mitchell decided to do something interesting with his country’s most famous heroes. He’s remade all of them to look more or less the same in what he calls his “Super British” series. I believe…

When I was a kid, I went to Paris and visited Madame Tussad’s Wax Museum in the city. Yes, there’s a section of celebrity lookalikes and what not, but there’s another section that’s pretty much… 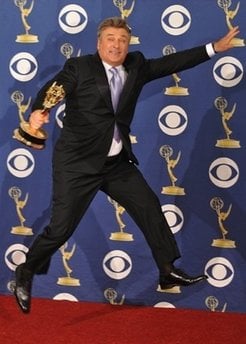 Does anyone remember this picture?  It’s when Alec Baldwin won his Emmy award.   Is anyone else as big a fan of Baldwin as me?  I mean you take a guy that has really gone from…

From artist Andy Timm comes a print showing two of comics’ greatest villains arm wrestling for ultimate bragging rights. In the left corner, the juiced up, masked madman Bane, in the other, the snarling, alien…

It’s funny that while politicians are still trying to convince the public that mixed martial arts is akin to “human cockfighting”, the stars of the sport are creeping into the mainstream more and more. Say… 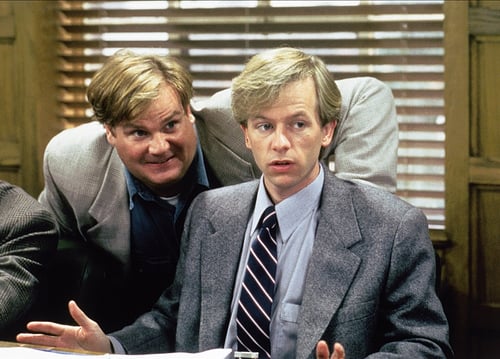 There are so many factors that can make a comedy movie awesome but it really just comes down to the actors.  I mean you could have one guy sitting in a room for the entire…