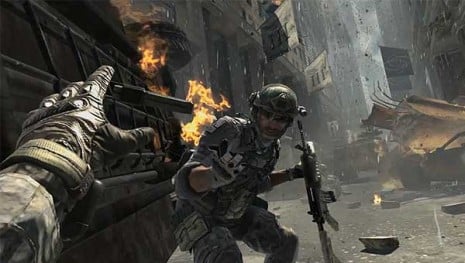 As I stood in line at Gamestop in a queue of thirty plus people at 11 AM, I knew Activision had another hit on their hands. Furthermore, the thirteen year old kid trading in his copy of Battlefield 3 to help pay for the game was almost a metaphor for how the upcoming battle between the titles might play out.

Call of Duty has now become officially a perennial franchise, with a new installment out literally every fall. This causes critics of the series to poke fun at it, and make unflattering comparisons to Madden, where only minor tweaks and adjustments are put into each new year’s release.

But even with these jabs, it was still the case that each of the titles in the Call of Duty franchise were at least new games. Sure, the differences between Modern Warfare’s 1, 2 and last year’s Black Ops were hardly colossal, but there were notable changes that made the games feel like a somewhat new and exciting experience each time.

With Modern Warfare 3 however, the clock has run out. In its current format, it’s becoming clear that Activision has squeezed almost every drop out of this series that it can manage. I’ve always laughed along with the jokes about new COD games being glorified $60 map packs, but in the case of MW3, it’s an undeniable, factual statement. 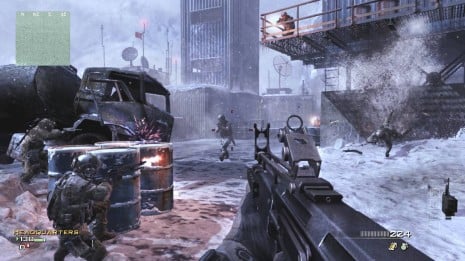 It’s astonishing to me that somehow this game took two years to develop. Forget gameplay, which rarely, if ever changes. Even the goddamn MENUS are the same as Modern Warfare 2. The start screen, the mode select, the unlock lists, the challenges, the weapon and class select and even the damn loading screens are almost IDENTICAL to MW2, to the point where it’s almost  laughable. I mean, if you’re going to keep the actual game the same, fine, but recycling to this degree? It’s almost a slap in the face to fans, and even the loyalists are going to have to wonder how long this series can get away with changing less and less each go-round.

As this is a day one review, and I’ll have a few more installments ahead, I will say up front that I’m not in a position to judge every aspect of the game. So far, I’ve beaten the single player campaign, and spent about three hours in multiplayer, but in that time there’s little I’ve seen that makes this game stand apart from Modern Warfare 2. Worse maps maybe?

Single player is usually worth some sort of commentary, but this time, not so much. While past games have featured some truly jaw dropping moments, like a nuke detonating or a civilian massacre, there’s no one sequence like that which really stands out. Yes, there are thrilling, cinematic levels set in every corner of the world from New York to Berlin to Paris to Africa, but this is the problem with being the third (err, like seventh) game in a series. There gets to be a point where you just can’t top yourself any further, and one more crumbling landmark isn’t going to get the same kind of rise out of you anymore.

Though the levels are very scenic, gameplay is just simply mowing down waves upon waves of faceless soldiers while you’re using guns that have seemingly unlimited ammo and almost no recoil. It’s different in multiplayer, but the campaign is now easier than ever as you can literally snipe anyone at 300 yards with any weapon at all, due to the fact that kickback simply doesn’t exist. 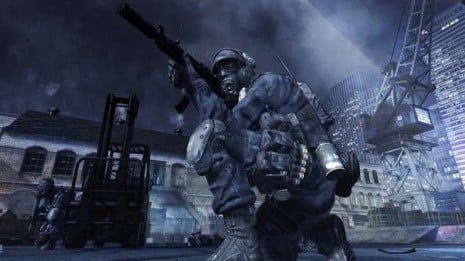 The plot is as incomprehensible as ever, but the long and short of it is that World War 3 is moving from America to Europe, and somehow the terrorist Makarov is still at the forefront of all of it. After mulching through about 500 enemies before lunch, and switching back and forth between four different characters while doing so, there’s just no real connection to be found in these stories. The game goes for a few “oh shit” moments, but misses. Really, you’re going to orchestrate a sequence where I’m playing as a father with a video camera filming his wife and kid in London, and you expect me to be surprised when something tragic happens a few seconds later? Is that your “shocking content” moment you warned me I should skip?

Anyway, six hours later and I was through the campaign without more than a handful of memories to take with me. Then it was on to the part of the game where we’ll all spend a hundred hours or more: multiplayer.

But you know, I just can’t see myself doing it. Not this time. As I played the mode for the first time, there was no learning curve. None. It was like I popped in Modern Warfare 2 and the only difference was I had to stumble around some new poorly made levels. Even the guns feel exactly the same. Am I really going to put another hundred hours into leveling up, then hit the reset button and do it again two or three more times after prestiging?

Perhaps I wouldn’t feel this way if Battlefield 3 hadn’t showed me that there is another option out there. There’s plenty to be fixed in that game, don’t get me wrong, but it was just something different, which is all I’ve wanted in this genre. Modern Warfare 3 doesn’t just feel like the same old thing. It literally is the same old thing, and that’s not okay. 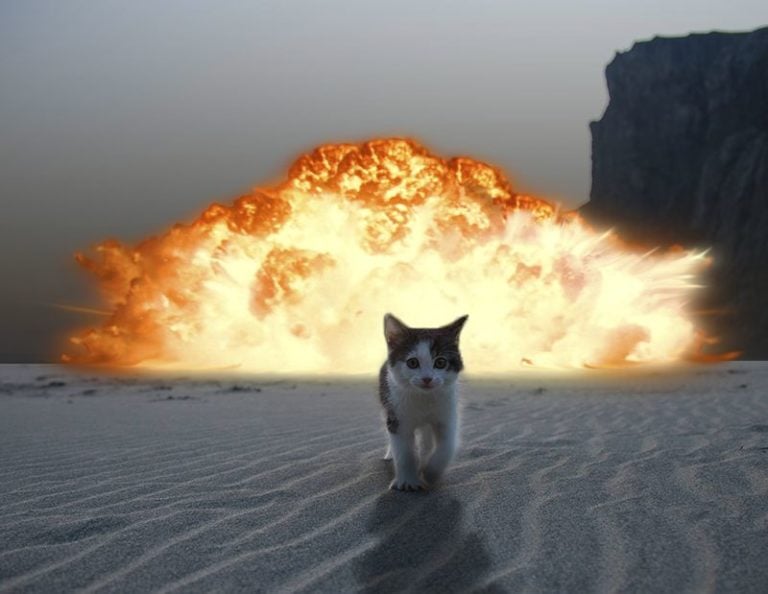