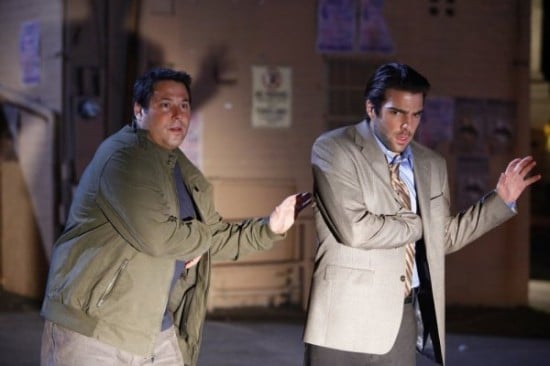 After the awful two-hour season premiere of Heroes Season 4, I was considering quitting this show completely.  I kept watching, however, and have been pleasantly surprised that the show continues to improve.  In fact, all four of the past four episodes have been very good, and although it’s a far cry from Season 1, not only is Heroes watchable again, it’s entertaining and, dare I even say, good.  This week’s episode – “Shadowboxing” – unfortunately wasn’t as good as the prior three, but it wasn’t too bad, either.  Keep reading for the full review.  As always, spoilers ahead. 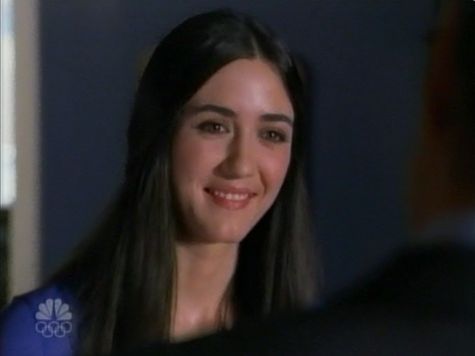 The show beings with Claire and Gretchen trying to explain to their sorority pledge sisters just what happened when Becky appeared out of the blue and impaled Claire onto a spike.  Claire tells the girls that the water they were given must have been drugged, and for whatever reason (read: lazy writing), the girls accepts this answer and leave.  I know Claire’s in college and drugs aren’t exactly rare, but who on Earth would accept an explanation like that without asking any further questions?  It was, in my opinion, a pretty weak way to cover up what really happened.  Lord knows college girls ask a lot of questions.  Later on, we see that Noah has gotten the Haitian involved, which makes a little more sense.  But still.

The Haitian – who people are nice enough to call “Rene” this time around – ends up staying with Claire so that Becky can’t sneak up on her while invisible.  It’s nice to see the Haitian Rene again, but I wish they’d use him for something other than the Bennett’s do-boy.  Claire stupidly (something we’re very used to by now) sends Rene to follow Gretchen, who can’t deal with all the invisible-girls-impaling-healing-factor-girls drama, which gives Samuel the opportunity to show up at Claire’s room and give her the hard sell.  Meanwhile, Noah is snooping around Becky’s room and finds a compass, but Becky soon appears and confronts Noah.  It turns out that Noah killed her father – who also had an ability – and Becky wants revenge on Noah.  She thinks that killing Claire would be a great way to exact her revenge, and I sort of found myself rooting for her.  I’d love to see Claire off this show, and I sympathized with Becky a bit.  Besides, nothing beats a good revenge story. 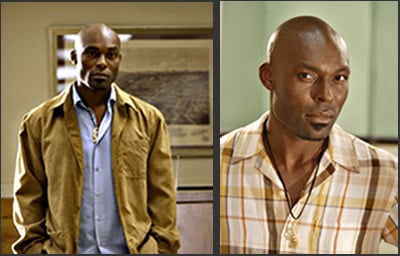 Noah makes his way back to Claire’s room (after two girls enter Becky’s room and accept without question this strange guy’s explanation that he was just looking for something – what the f*ck is the matter with these girls?  I wish girls were this gullible when I was in college), only to find Samuel.  Before he can take Samuel into custody, invisible Becky starts beating the hell out of Noah and Claire, allowing for her and Samuel to make their escape.  I still don’t get why Samuel shot Becky with the taser to expose her – does anyone know?

Samuel returns to the Carnival and is greeted with some bad news: Sylar is gone.  Earlier, we saw that Sylar was having Nathan dreams and woke up shifted back to Nathan physically.  In fact, Sylar has reverted back to thinking he’s Nathan, and so he flew away from the Carnival (does absorbing DNA give Sylar that person’s ability?  I guess so) and went to see his brother Peter. 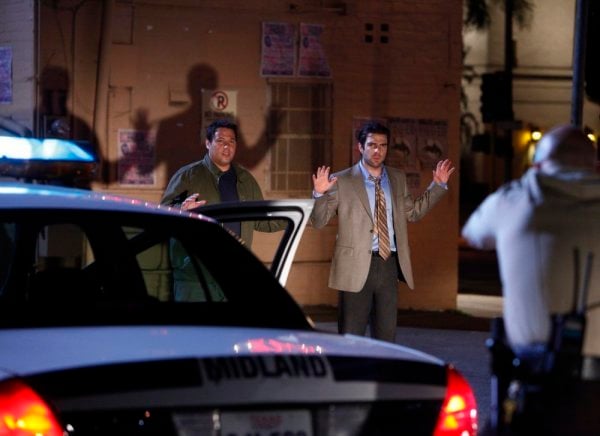 Peter had been using his new power to heal just about everyone in the hospital, which was overloaded due to a huge accident in Manhattan.  All the healing seems to be taking its toll on Peter, as he is drained and exhausted after healing someone.  Things are nuts in the hospital, and an one point, in one of the most blatant deviations from the standard of care for the medical profession, a doctor instructs Emma (a file clerk!  Who cares if she “dropped out” of medical school – she isn’t licensed!) to apply pressure to a patient’s wound while he runs off.  Amazing.  The Emma/Peter story isn’t awful, but it’s not really going anywhere.  Let’s hope that changes soon.  And why do I have the feeling that Emma will be the one to bring down Sylar? 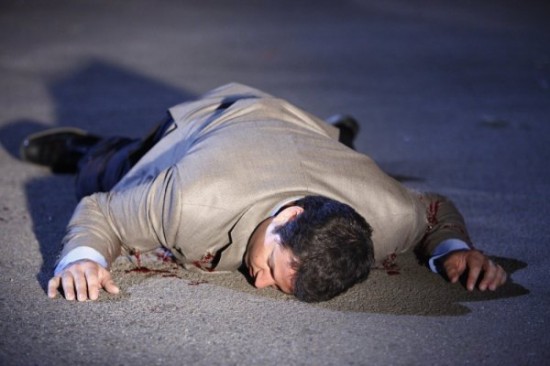 Speaking of Sylar, he was once again the best part of the show.  He’s still in Matt’s head, and he and Matt are jockeying for power over Matt’s body.  It turns out that Matt has learned to control Sylar a bit, but he’s not willing to go to the lengths that Sylar is in able to maintain power.  Sylar wants to get to New York to find Peter (ah, more revenge), but Matt causes a disruption at airport security by packing a gun in his/Sylar’s bag without Sylar’s knowledge.  They hit the road in a car instead, but things are still rocky.  Controlling Matt’s body, Sylar uses a tire iron to smash the skull of a Good Samaritan, and we’re reminded why Sylar is indeed such a great villain.

Sylar threatens to kill more people – including a waitress at a diner (the same Texas diner where Charlie used to work) unless Matt comes clean about what happened to Sylar’s body and Matt, being the boy scout that he always is, spills his guts.  Matt had been doodling on a napkin while Sylar was plotting, and he left the waitress a note that read “I have a gun and I am going to kill everyone here.”  As Matt and Sylar leave the diner, Sylar informs Matt that he intends to find Nathan, but the waitress (who found the napkin) called the cops.  Matt/Sylar become surrounded by cops with their guns drawn in the diner’s parking lot and, in an act of self-sacrifice, Matt pretends as though he has a gun.  The cops open fire on Sylar/Matt, who drops to the ground filled with bullets.  Of course Matt and Sylar won’t stay dead, and I’m guessing (with help from the previews) that Peter will heal Matt, ignorant to the fact that he’d also be reviving Sylar.

Overall a pretty decent episode, but somewhat of a dropoff from the last month.  What did you guys think?

Alright, well after watching last night’s The Walking Dead, I can’t really go without discussing it here. Yes, I normally review Dexter only, but The Walking Dead has turned into the far better show this…

I’ve already talked about how I’m a fan of Family Guy over The Simpsons but by no means does that infer that I think The Simpsons is bad.  in fact one has to truly appreciate…

(click to enlarge) Guys, there are still a million crossovers still out there! We don’t need to be repeating ones already. But I will say, even though we’ve seen Chrono-Futurama before, this new version is… 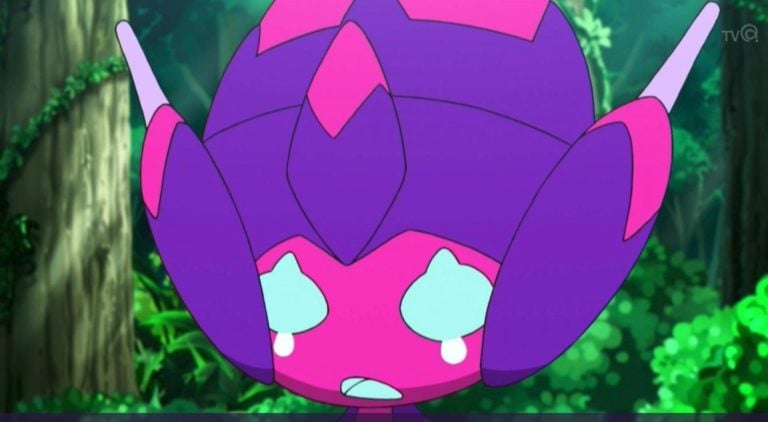 The world of Pokémon has had a major reboot in the past few years, what with the release of Pokémon go, as well as other merchandise that has sparked the interest in the next generation….

This is kind of a weird feeling, but with certain shows, you like them and their casts so much, that even after they end, you’re really pumped when their actors go on to do other…

It’s only the third episode of The Event, but my enthusiasm for the show is starting to wane slightly. I still think it’s interesting, but it’s less tight and smart than the first two episodes….