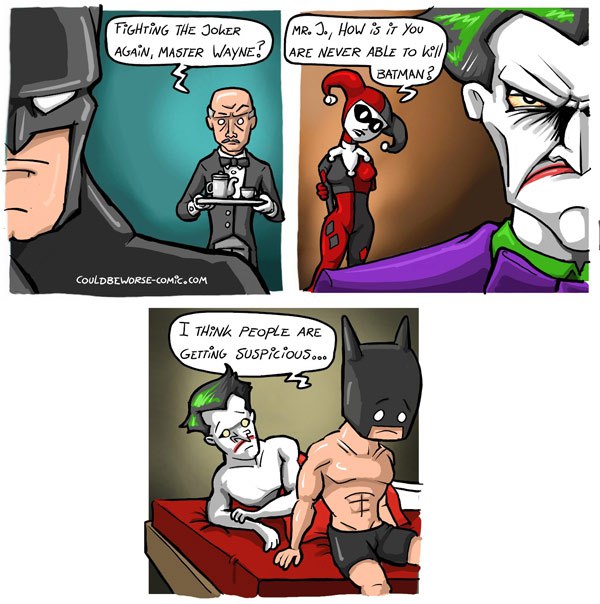 Let’s face it folks.  This rivalry has been going on for way too long.  We’ve seen too many movies, read too many comics, and have written just too many theories when all along we should have realized that the answer was right in front of us the entire time.

It has everything to do with the one common emotion that can drive all of us over the edge.  It has to do with love.  The Joker and Batman are no different than any other couple do anything and everything they can to get each other’s attention.  This comic illustrates it beautifully.  I will say this though

No judgement or anything, but please stop blowing up half the city to get the guy’s attention will ya?