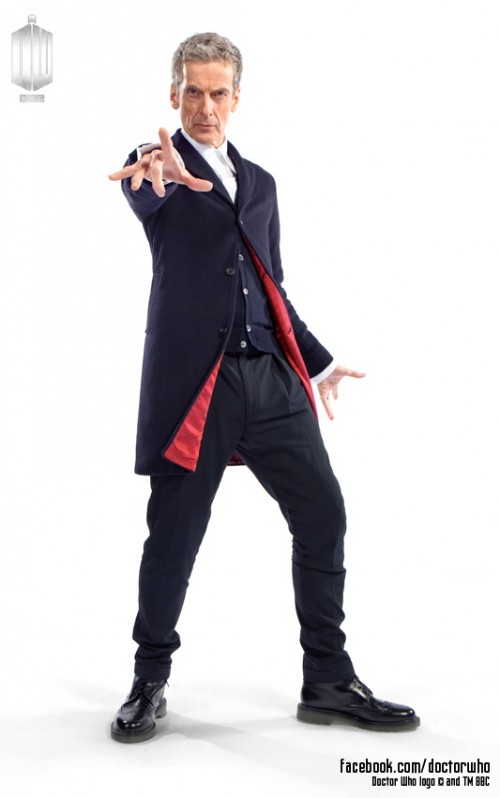 I guess this is something of a big deal that they’ve finally debuted what Peter Capaldi is going to look like in costume for Doctor Who. Gone are the stripey suits of Tennant or the bow ties of Smith. This Doctor Who…doesn’t need neckwear!

He sort of looks like an 18th century minister telling me I’m going to hell for holding a girl’s hand.

I’m curious to see how Capaldi does in the role, and am also wondering how many of the younger generation of Doctor Who fans will stick around now that he’s not a chipper, cute young dude. Capaldi is serious business Doctor, and is more like the older copies from decades past.

Priority one for the new season: They need to get rid of Clara. She’s super cute but I really, really hate her.

httpv://youtu.be/CNdONfz-V5k If you’re like me, chances are you will never grow a mustache as lustrous as Bert Reynold’s or dare I say it, Ron Swanson’s. Sometimes it’s just in the genes. But for you young-uns, there’s still…

Give how wrapped up we get in some of our favorite shows it often gets difficult to come to the realization that our favorite characters are simply actors playing these characters.  So to picture an…

I found this rather batch of awesome Lost Valentine’s Day cards made by Lee Bretschneider at AdventuringCompany, and I thought I’d share them with you, on this the most annoying of holidays. Check out the…

Normally I don’t post just any tee shirt image I come across, but this one made me laugh out loud so I thought it was worthwhile. It was yesterday’s Teefury shirt of the day, which…

httpv://www.youtube.com/watch?v=hY_mtfhiMJw Think you’ve seen every possible minute of Friends over the years? Well, you’re wrong. This is a four minute segment that was cut from the Bing honeymoon episode that featured some jokes regarding airport…

httpv://youtu.be/3eH40YvRALc From Barely Political comes a mashup of two of the most popular shows of the moment, Homeland and The Walking Dead. A combination of the two could be a ratings tsunami, but the plot…